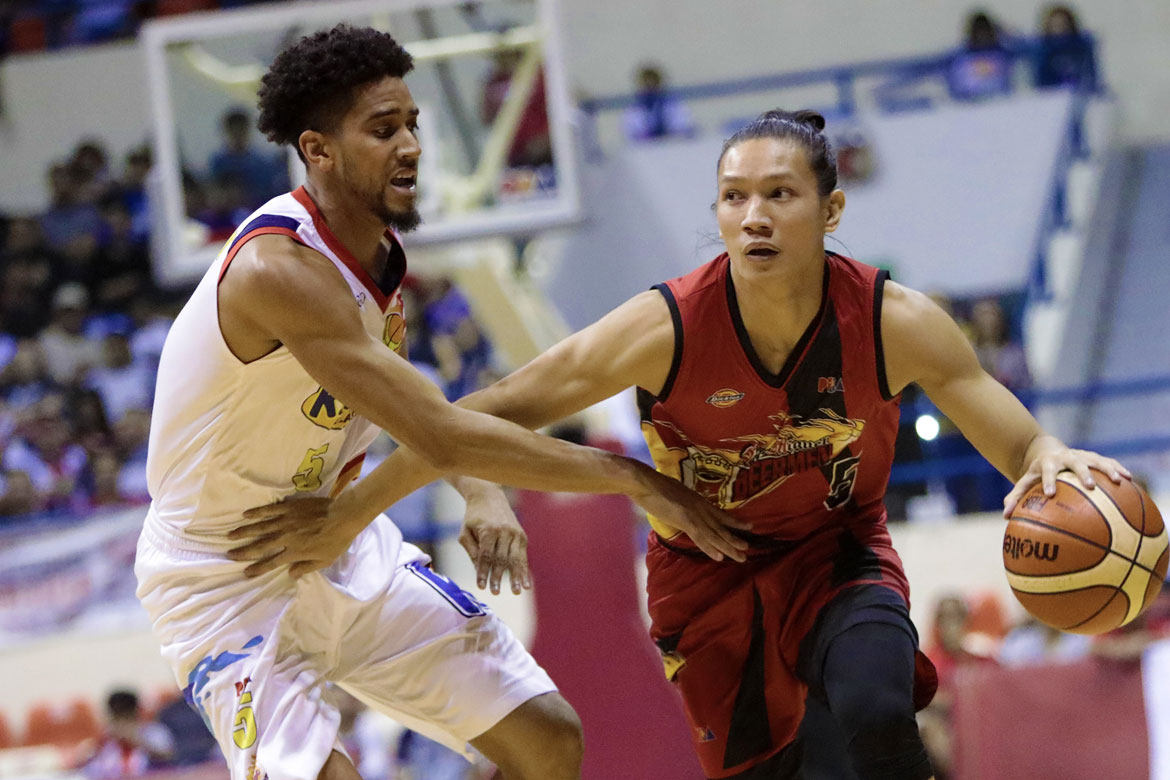 The Rain or Shine Elasto Painters’ 96-104 loss to the Columbian Dyip last May 9 had truly been frustrating for them. Not only did they lose for the second time to the lowly-franchise this season, but it had also ended their three-game winning streak.

For elder statesman Gabe Norwood, that loss made them rethink what kind of character does the team have.

“First off, kudos to Columbian, they’re playing with a lot of confidence right now. It’s a character thing, to see how we bounce back against a powerhouse team,” reflected the 33-year-old swingman, who’s now in his 10th season with Rain or Shine.

On Sunday night, their character was put to the test. And it was a test Norwood and the Elasto Painters aced.

Rain or Shine earned one of their biggest wins in the 2018 Commissioner’s Cup, completing the comeback from 17 points down in the second half to turn back defending champions San Miguel Beermen, 123-119, in overtime.

“For us to come out and really compete at a high level, it’s inspiring,” said Norwood.

Norwood was the epitome of character in the triumph. He played a huge role in the uprising, nailing back-to-back triples in the E-Painters’ 9-2 rally that flipped a 98-93 deficit into a 102-100 lead with 4:38 to go in the fourth quarter.

“My teammates give a lot confidence in me. I haven’t been shooting the ball well at all this conference so I just wanted to stay aggressive, take open shots and take the ones they were giving me,” said the North Carolina-born cager.

“Luckily enough, they dropped late in the game.”

Making the win even sweeter is the fact that it had propelled the Elasto Painters to the top of the rankings with a 4-1 card. But for Norwood, this is now the time where they could not rest on their laurels, as they aim to hold their position firmly.

“You can’t take a night off. It will end up haunting you,” the two-time champion warned.

“Hopefully we can take care of our business the rest of the way so the losses won’t come haunt us.”