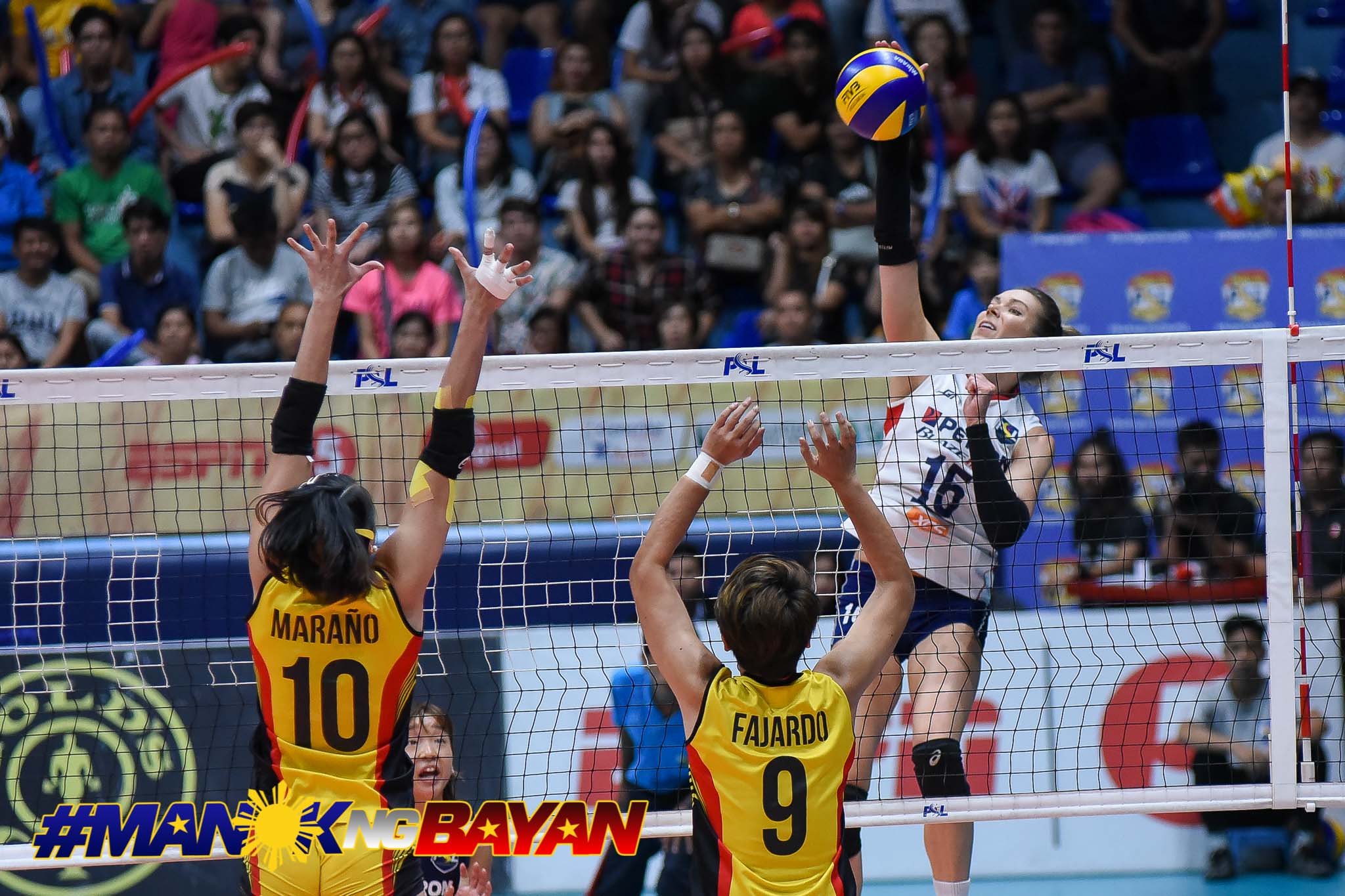 Two-time Most Valuable Player Lindsay Stalzer continues to make the Philippines her second home, announcing her return for the 2019 Philippine Superliga Grand Prix.

But this time around, she will be with the F2 Logistics Cargo Movers.

The American wing spiker made it official through her Instagram account. Stalzer had recently faced off with F2 Logistics in the last two PSL Grand Prix Finals as a Petron Blaze Spiker, winning the 2018 title and settling for silver in 2017.

F2 Logistics will be Stalzer’s fourth stop in the Philippines. She began her PSL journey with Cignal, before leading Foton and Petron to championships.

Petron, meanwhile, stacked their coffers with the dynamic pair of Stephanie Niemer and Katherine Bell.

Both Americans have impressive resumès, highlighted by fruitful stints in the highly-competitive Turkish league.

Bell was a late addition in Petron’s run to the 2018 Grand Prix title, while Niemer made a splash in 2016, powering the Blaze Spikers to a Finals appearance.