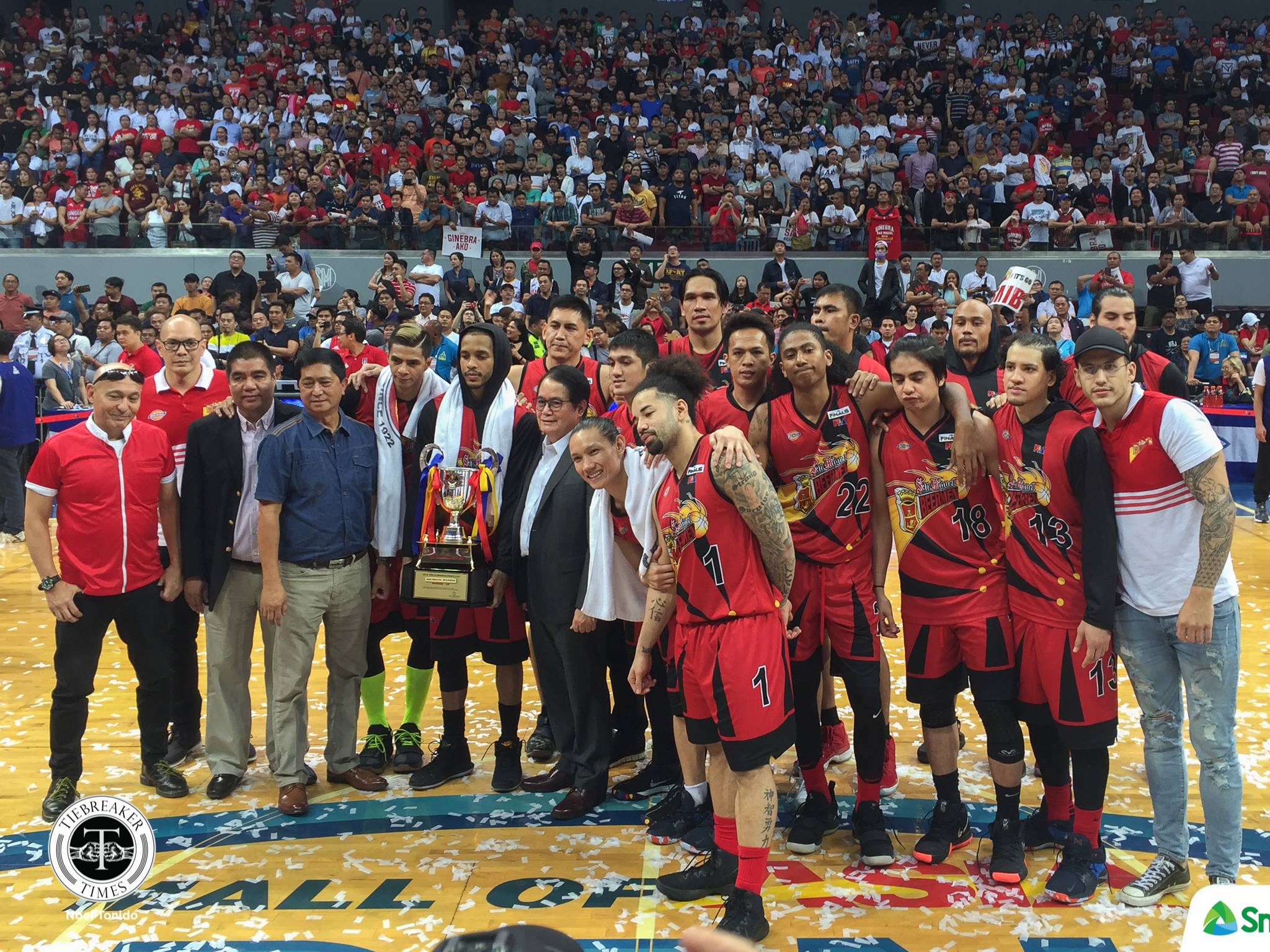 Entering the 43rd season of the PBA, many believed that the San Miguel Beermen were a Grand Slam team in the making.

Winners of six of the last 10 championships, the Beermen were seen as the favorites to retain the Commissioner’s Cup crown – especially with the addition of Christian Standhardinger, Renaldo Balkman, and Kelly Nabong.

But coach Leo Austria has seen a contender rise who would topple their empire. And it came in the form of Tim Cone and the Barangay Ginebra Kings.

“Ever since coach Tim Cone coached Ginebra, I know, that this time will come.

“I know that we will face (each other) again in the championship. Maybe because they developed some cohesiveness and then developed experience they need especially in a game like this,” shared Austria, who lost in the Finals for the first time in seven tries.

Austria has seen it all since taking over the helm back in 2014. And he is hoping that this loss serves as a wake-up call, that they are no longer the champions and that they are not a super team.

“First of all, alisin namin ‘yung anim na championship namin. Alisin namin yung paniniwala na nababasa’t naririnig namin na we’re a super team. ‘Yung hype going into the Finals na we’re too much for our opponent,” said the six-time PBA Champion coach. “We have to go back to the basics, the fundamentals of basketball. We have to prepare hard because every team in the PBA is too eager to beat San Miguel.

“It’s hard to maintain being on top of the mountain. Sooner or later, bababgyuhin ka, babagsak ka rin.

“Now, it’s happening. Alam nila. It could be a wake up call for us,” Austria hopes.