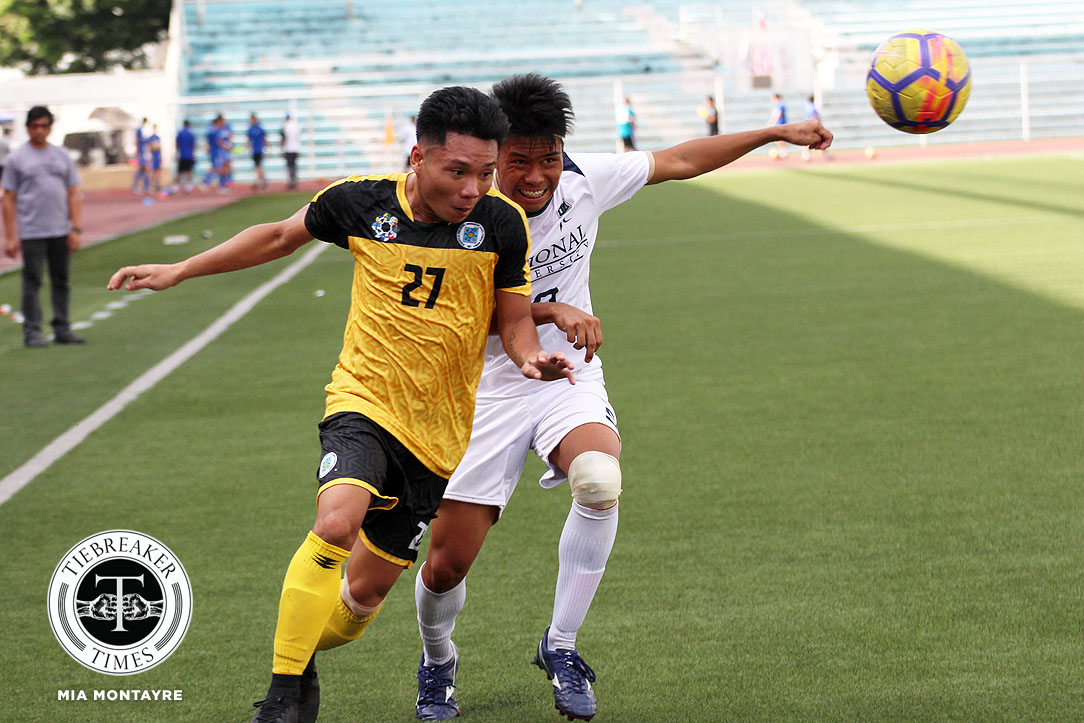 The University of Santo Tomas Golden Booters played until the final whistle, and they earned a fitting reward for all their hard work.

With defeat staring them at their faces, Dexter Benecio struck a late goal to salvage a 2-2 draw for the Golden Booters at the expense of the National University Bulldogs, Sunday afternoon at the Far Eastern University-Diliman field in Quezon City.

The Bulldogs imposed themselves early on thanks Marcel Ouano’s early brace. Ouano struck twice in  the 14th and 19th minutes to give NU a dream start to the game. However, the Golden Booters soon woke up from their slumber to get back in the game.

Despite seeing his first strike ruled out due to offside, Conrado Dimacali III did not put his head down and worked harder to tally a goal for the España school. The veteran got what he deserved in the 28th minute when he shot past NU stopper Christian Betanio to hand his side a lifeline.

Come the second half, Betanio was forced to make a routine stop to deny AJ Pasion, while Ouano went close to scoring his third goal minutes earlier at the other end of the pitch. Chances came aplenty for UST, but NU held on for dear life, as the Bulldogs gave everything on defense to stop that Golden Booters’ equalizer.

READ  UAAP to open Season 81 with Last One Standing

However, the inevitable arrived at the last minute of stoppage time. With the fourth official signaling six minuted added time in the contest, the Golden Booters pushed themselves to seize the tie, which they accomplished thanks to Benecio’s goal just before the final whistle.

It was a dismal finale for the Bulldogs, but a well-deserved one for the Golden Booters.

Both schools shall next play on February 28, 2019 at FEU-Diliman. UST (5 points) play the Far Eastern University at 9:00 A. On the other hand, NU (2 points) take on the University of the Philippines later in the afternoon at 3:00 PM.

Joshua Munzon nails game-winner as Pasig gets back at 1Bataan