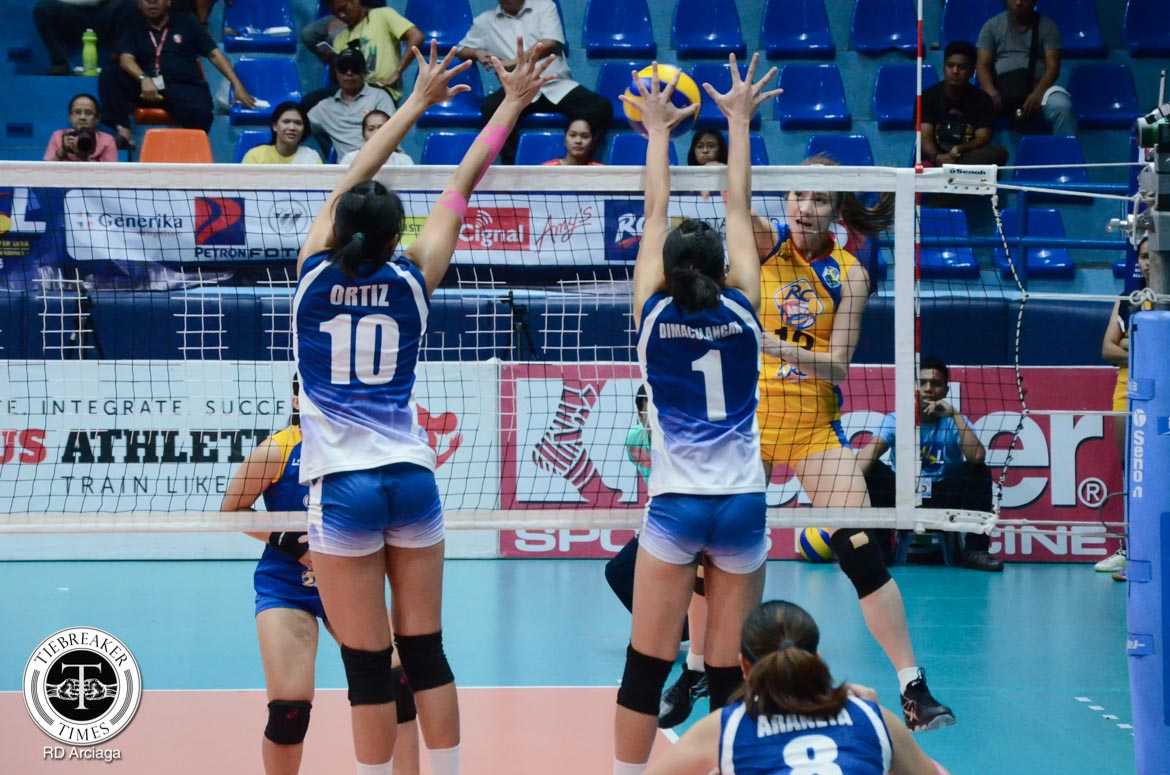 The RC Cola-Army Lady Troopers have dropped a set for the first time this season.

In a strategic game between two of the top coaches in the country, it was Kungfu Reyes and the Lady Troopers who emerged victorious in four sets over Vilet Ponce-De Leon and the Foton Tornadoes, 25-20, 27-25, 23-25, 25-20, to extend their winning streak to five games Saturday evening at the Filoil Flying V Centre in San Juan City.

Army were able to sustain a five-point edge in the first set, capped by erroneous spike by Maika Ortiz.

After a swift first set, the second stanza was a game of mental chess for the two coaches which took 41 minutes to finish.

With the return of the video challenge, both mentors exhausted the use of it, with Foton head coach Vilet De Leon successfully utilizing her challenge cards to keep the set close.

The set was knotted at 19-all after De Leon’s second successful challenge, but Foton were able to gain a 24-22 edge. Jovelyn Gonzaga, though, willed her team to a deuce after a huge diving save that was followed by an off-speed attack by Tubino. A drop by Daquis and a block by Tina Salak against Angeli Araneta gave the Lady Troopers another set.

EJ Laure was able to lift the Tornadoes in the third set, as the Lady Troopers had a tough time adjusting their substitution. Gonzaga and Tubino were out of the courts in the closing moments of the set since Reyes had already used his five substitions in the set.

After knotting the set at 22-all, the Tornadoes were able to go on a strong 3-1 rally, capped by a Laure attack that ricocheted off Michelle Carolino’s arms, to hand Army their first set loss this conference.

With their rotation back to normal, Tubino was able to give her team a 21-17 edge. RC Cola never looked back afterwards to gain their fifth win in as any games.

The Lady Troopers continuously peppered Foton’s floor defense, as 61 of their 100 points scored came from attacks. Army and Foton committed 28 and 29 errors respectively.

RC Cola-Army (5-0) play their penultimate game of the first round on Tuesday, July 19 against the Generika Lifesavers. The game is set to be played at Batangas City Coliseum. Foton (2-3), on the other hand, face the Standard Insurance-Navy Lady Corvettes on the same day at 6:00pm.