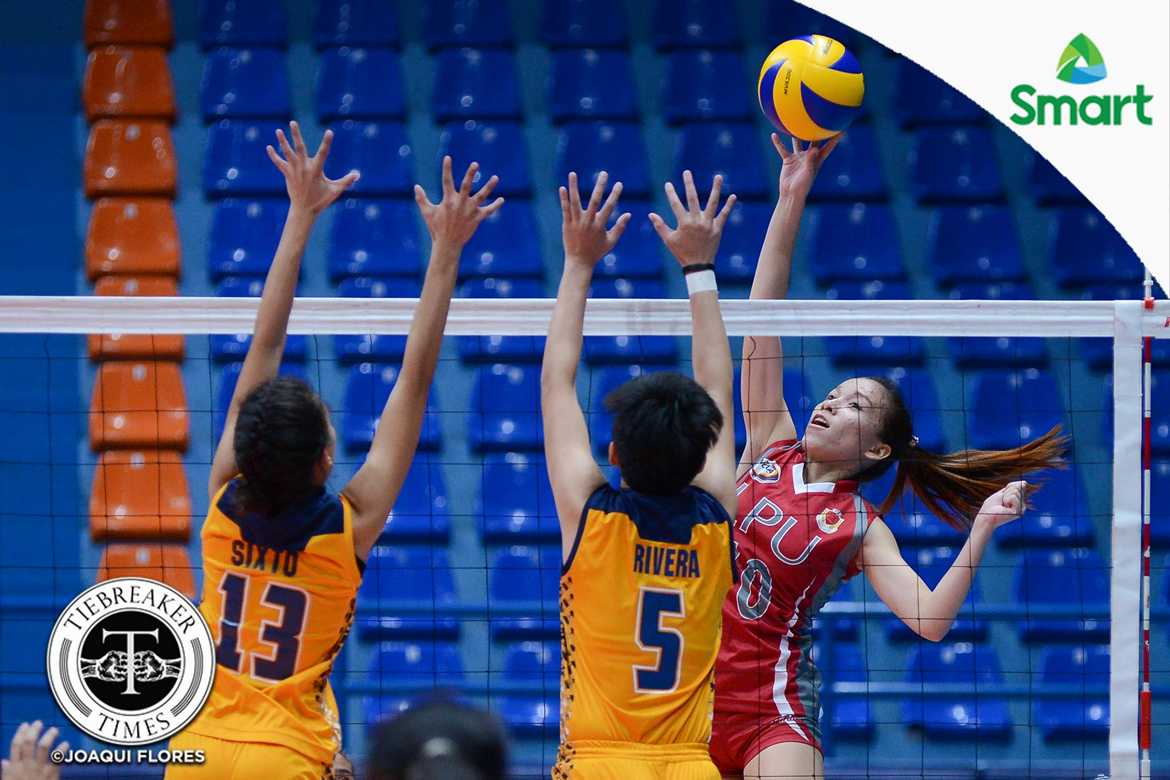 The match was decided on the serve, as each team traded turns squandering runs of passes. The Intramuros spikers, however, managed to limit their miscues considerably, while the Lady Bombers gave up 13 service aces and had three of their hits block-killed.

The ladies from Shaw threatened to extend the match after taking an 8-4 lead in the third frame. But the Lady Pirates hacked away at the lead, getting aces in and welcoming JRU’s errors in bunches. The Lady Bombers eventually took a 19-15 advantage and never looked back.