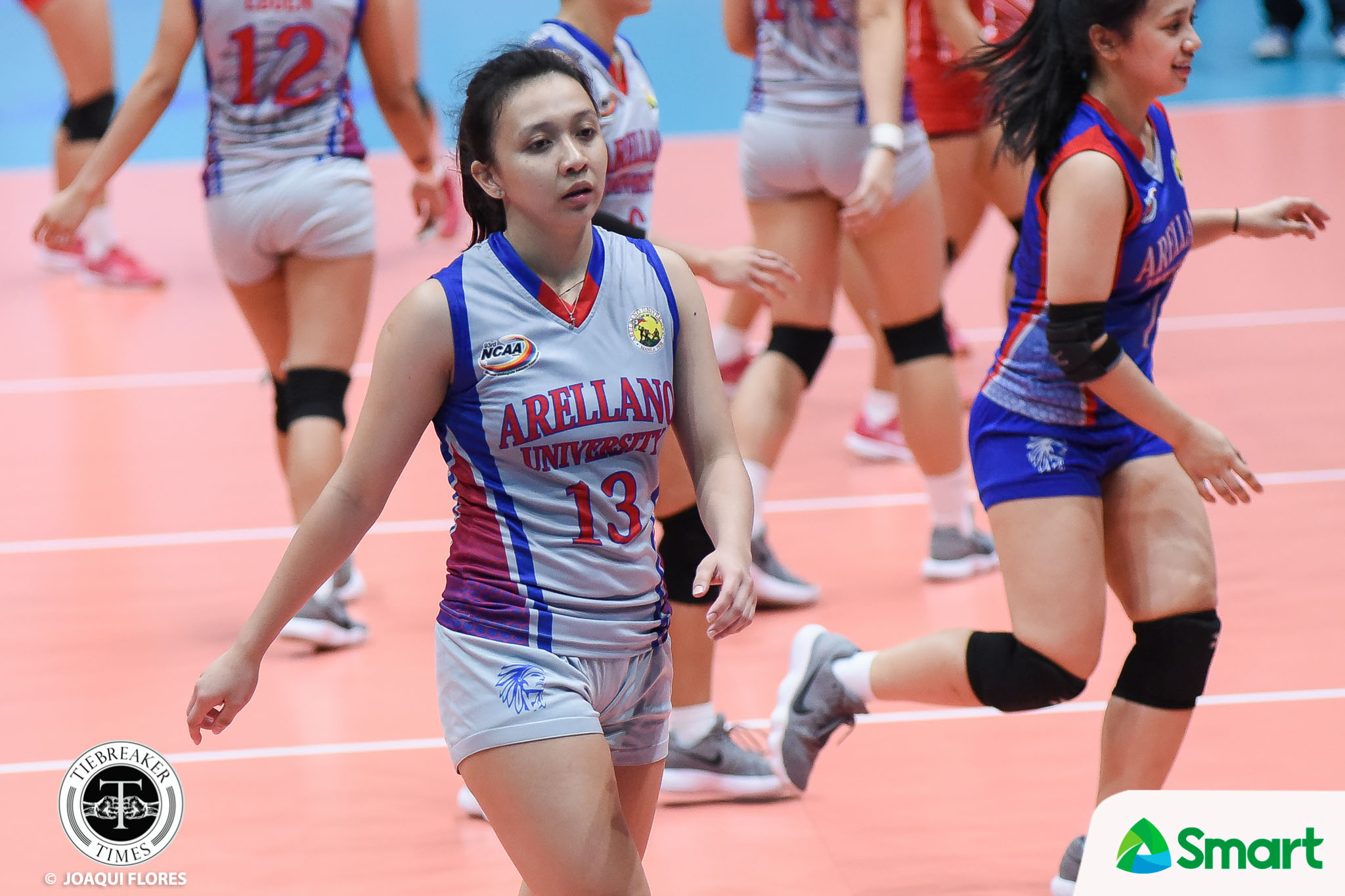 The defending NCAA Women’s Volleyball champions Arellano University Chiefs were pushed to the limit and they delivered.

Season Best Opposite Hitter Regine Arocha led five players with double digits for Arellano with 14 points. Jocelyn Prado and Andrea Marzan registered 13 and 11 markers, respectively. On the other hand, Necole Ebuen and Anne Esguerra both ended with 10.

Arocha and the rest of the reigning queens zoomed to the 2-0 lead, as San Beda defense were left in disarray in the midst of the offensive onslaught by the former.

The Chiefs pulled off dominant wins in the first two sets, as wing hitters Prado and Arocha were on point. On the other hand, the Lady Red Spikers were too wasteful of their chances, giving up freebies to the opponent.

Nonetheless, when defense was on point for the Mendiola-based side, there was no stopping them from getting one set back. With Viray twins Jizela and Nieza doing their work on defense and on the attack, respectively, San Beda equalized the match.

China Tannagan and Cesca Racraquin did their magic on the service line in the fourth set, as they pounced on the reception woes of the Lady Chiefs. The white-shirts turned a 17-19 deficit to a 21-all deadlock before stealing the set for good.

And the response from the defending champions was nothing short of resounding.

After a deadlock at six in the deciding fifth set, Rookie of the Year Necole Ebuen capitalized on San Beda’s errant passing to slowly put away the game. A strong cross-court hit from Arocha and a spectacular drop shot from Sarah Verutiao to the cusp of a second straight title.