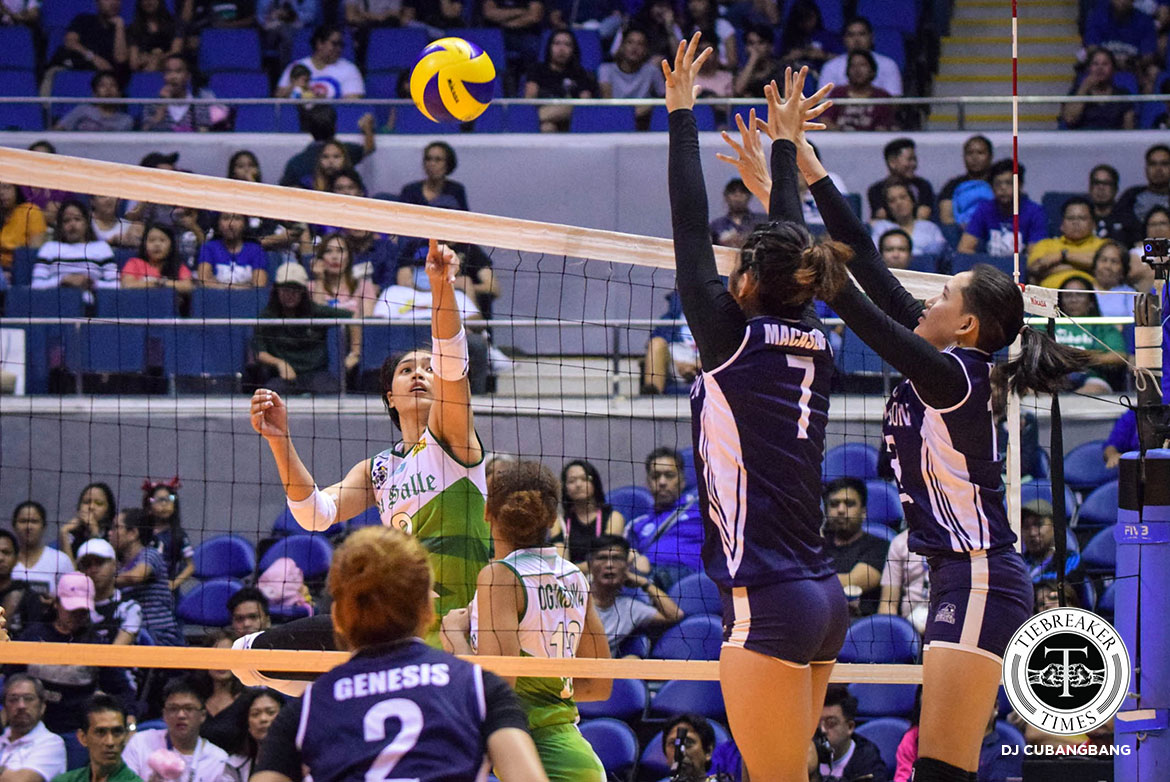 In a precursor to the biggest game of the UAAP Season 81 Women’s Volleyball tournament, the De La Salle University Lady Spikers made short work of the hapless Adamson University Lady Falcons, 25-15, 25-18, 25-16, at the Smart Araneta Coliseum.

The Lady Spikers elevated their record to a league-second 8-3. They will face the top-seeded Ateneo De Manila University (9-1) on Saturday at the Smart Araneta Coliseum, which could decide the top half of the Final Four seedings.

La Salle had the lead for most of the match, only letting Adamson have a short-lived 16-15 lead in the second set. The Lady Spikers immediately went on a 7-0 run to quell Adamson’s run and control the rest of the match.

Head coach Ramil De Jesus lauded La Salle’s execution against an Adamson side that prides themselves on floor defense.

Bernadette Flora and Trisha Genesis each managed seven points for the Lady Falcons, who dropped their seventh straight match.

The Lady Falcons (1-10) will try to snap out of their cold streak against University of the East Lady Warriors (2-9) on Saturday still at the Smart Araneta Coliseum.