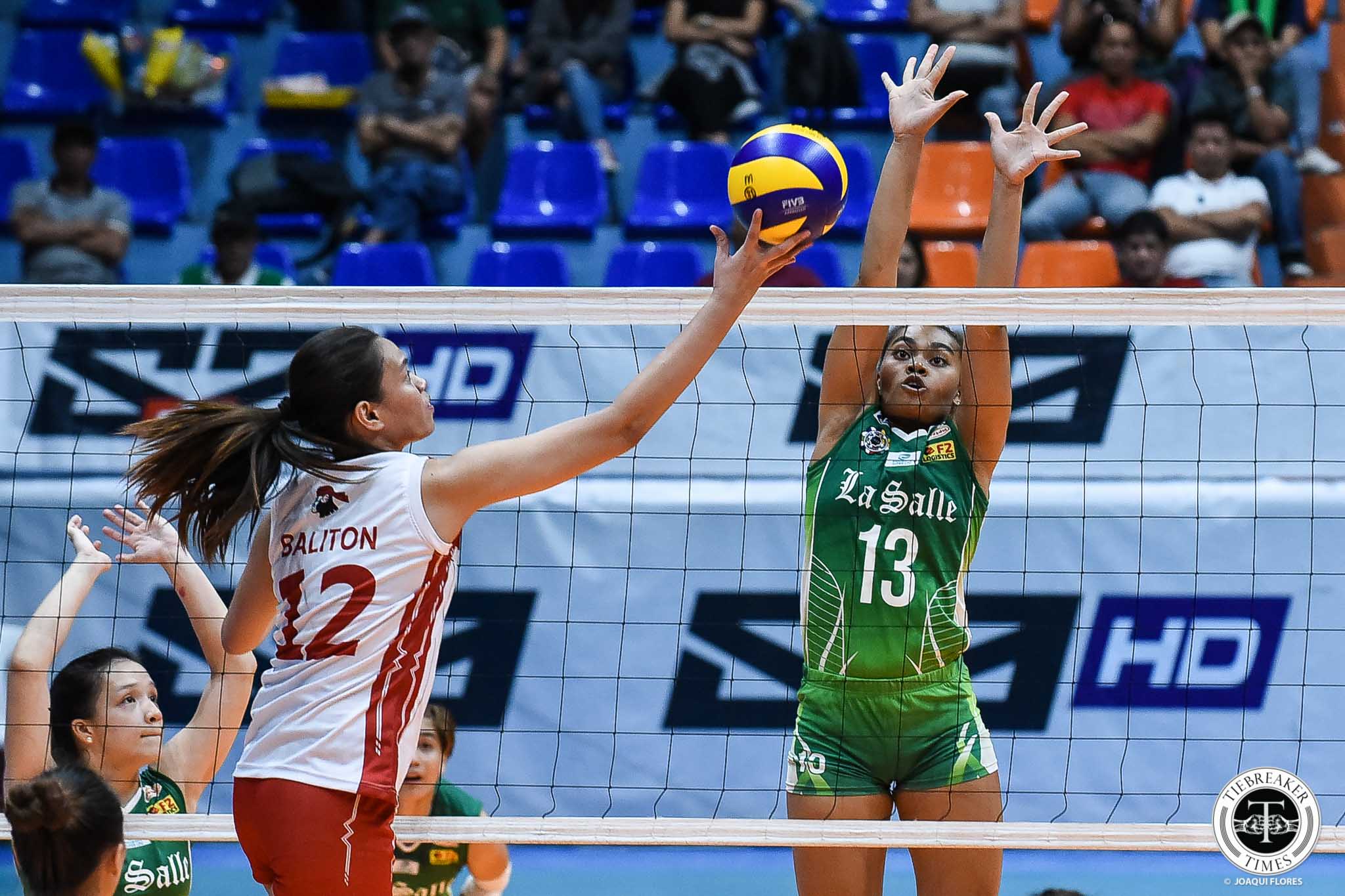 Coming off their best performance of the season, the De La Salle University Green Spikers overwhelmed the also-ran University of the East Lady Warriors, 25-17, 25-16, 25-19, in UAAP Season 81 at the FilOil Flying V Centre.

The Lady Spikers improved their record to 10-3, one game ahead of the UST Golden Tigresses (9-4) for the second seed. La Salle can clinch the second seed with a win in their final elimination round match against the FEU Lady Tamaraws (8-5) on Sunday, also at the FilOil Flying V Centre.

La Salle broke away from a 12-all tie in the first set, going on a 13-5 run to close out the Lady Warriors. The Lady Spikers’ run came earlier in the second set as they grabbed a 17-10 advantage.

UE controlled the third set early until their own errors and bad passes led to a 21-17 La Salle lead. The Lady Spikers then finished off UE with attacks from Des Cheng.

Judith Abil led all scorers with 16 points, but was the lone Lady Warrior in double-digits.

Me-Anne Mendrez chooses to see bright side of getting tonsillitis