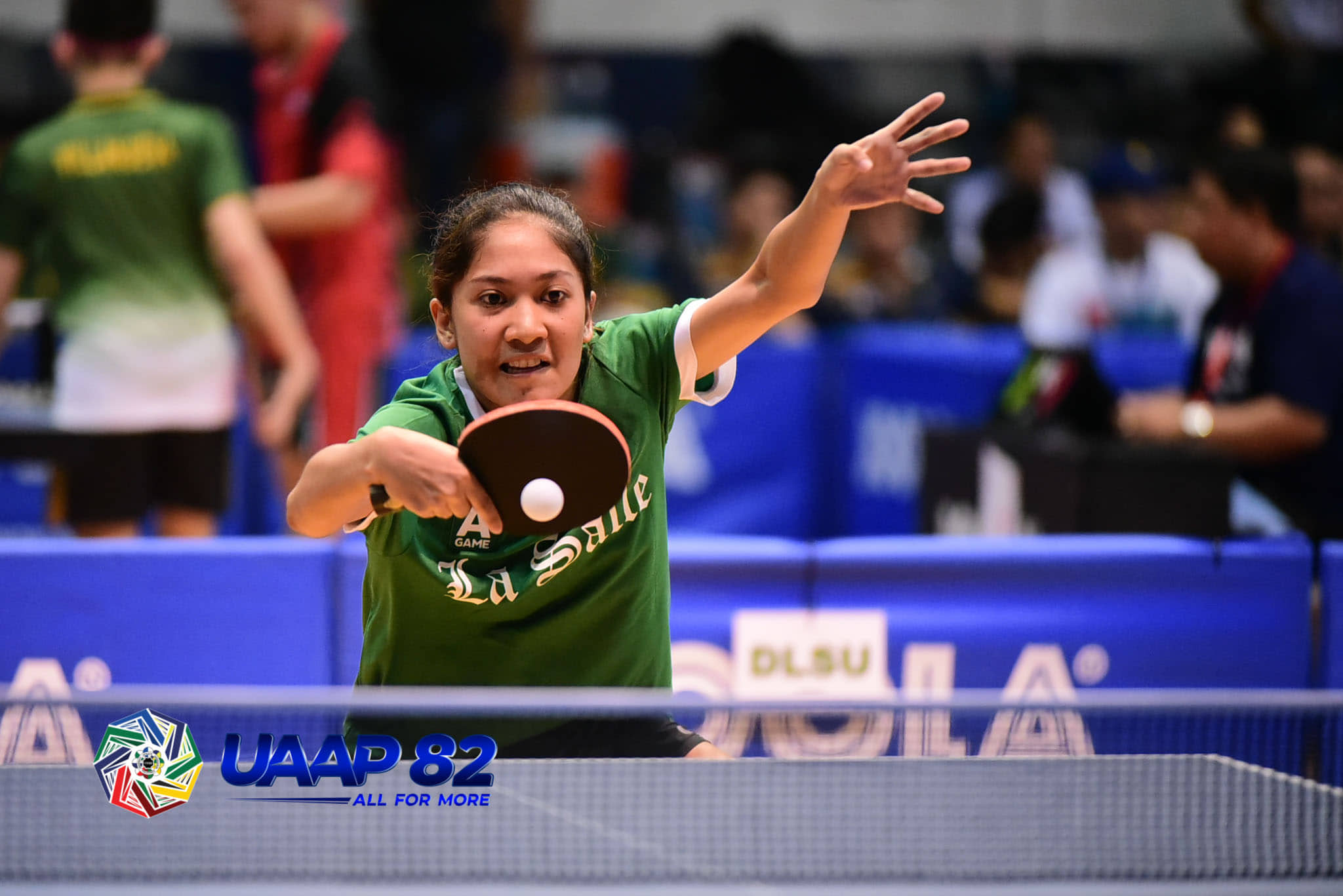 La Salle easily took care of both Adamson and University of the East to move to within a win of wiping out the first round of elimination of UAAP Season 82 Women’s Table Tennis Tournament, Wednesday at the Blue Eagle Gym in Quezon City.

The Lady Paddlers from Taft Avenue leaned on Rein Teodoro, who was pivotal in both victories. The rookie flexed her muscle against Adamson’s Nicole Dave in straight sets in the crucial second singles match, before opening the rout of UE with a similar three-setter over Athens Saldua.

Standing in La Salle’s way is defending champion University of Santo Tomas who bounced back big with two victories in the day, both in dominant 3-0 sweeps over National University and Adamson.

Ateneo, on the other hand, continued its impressive run after bagging two 3-1 wins over Far Eastern University and University of the Philippines.

The Lady Tigress Paddlers and the Lady Eagles both sit in second place with identical 5-1 win-loss records.

The Lady Tamaraws and the Lady Red Warriors both split their assignments of Day 3 to stay tied in fourth spot with 3-2 records. FEU took down NU at 3-1, while UE stunned UP with a 3-0 sweep.