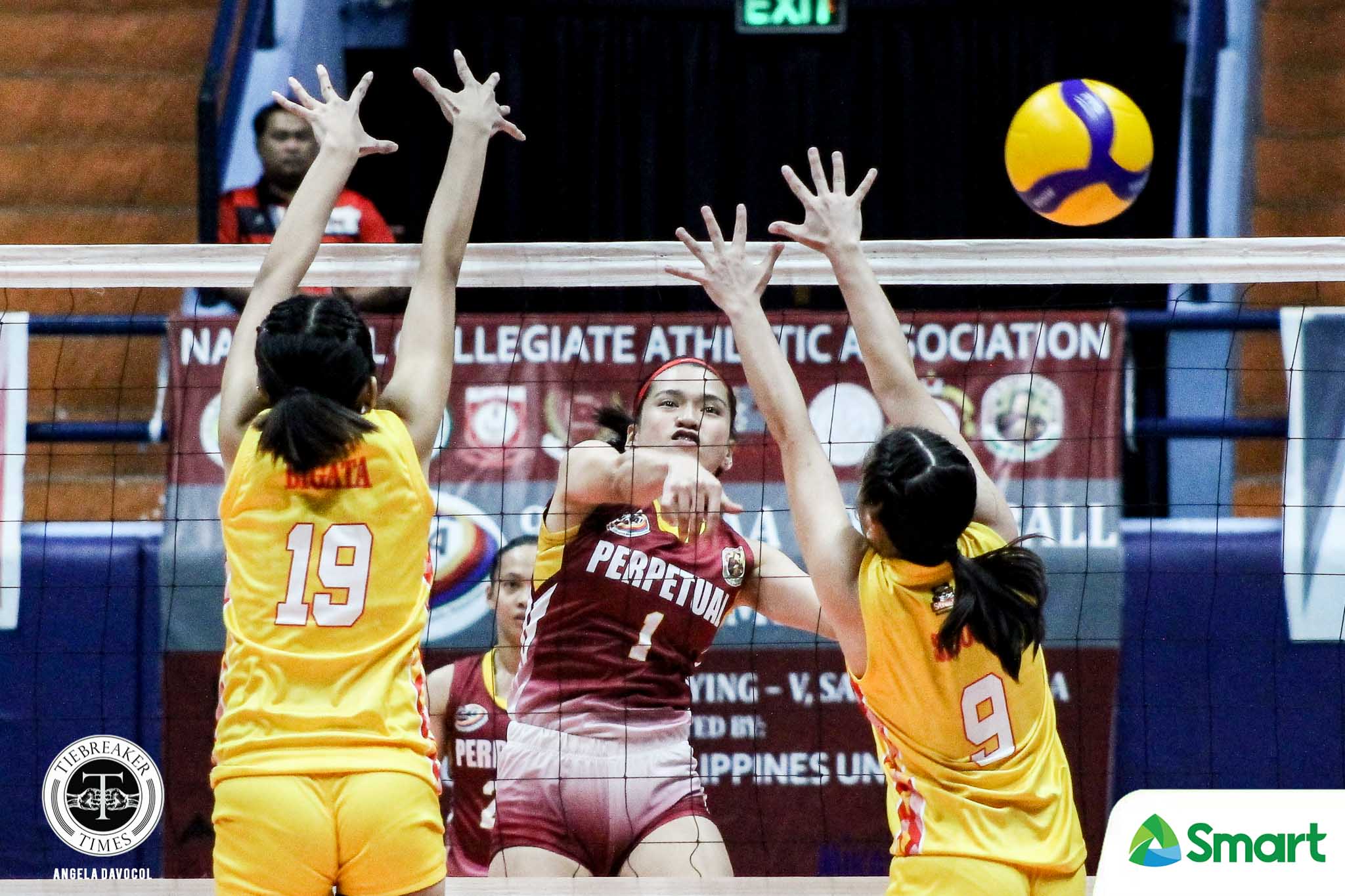 University of Perpetual Help System DALTA overcame an opening-set hiccup, fending off the feisty San Sebastian College-Recoletos, 29-31, 25-13, 25-20, 25-20, to nab its breakthrough win in the NCAA Season 95, Saturday at the FilOil Flying V Centre.

Coming off a deflating loss to College of St. Benilde over a week ago, the Lady Altas got their acts together and dumped their frustrations on the Lady Stags. They evened their slate at 1-1.

Bianca Tripoli came through for Perpetual, hammering down a game-high 17 points. The graduating spiker peppered the opposition with 15 attacks, a bulk of which coming at the critical juncture of the match.

Trudging through the fourth despite convincing set wins in the previous two frames, Perpetual head coach Macky Cariño sued for time as he sought to regroup his disoriented squad.

He then continued, “Although nawala ‘yung lamang pero dapat we have to catch up, at the same time kailangan i-polish namin ‘yung mga dapat naming ayusin.”

Following Cariño’s pep talk, the Lady Altas hit their stride. Behind Charina Scott and Razel Aldea, they mounted a stifling wall that made life harder for the heavy hitters of San Sebastian.

Perpetual then slowly trimmed the gap and knotted the count at 18-all. Not long after, Tripoli lifted the scoring cudgels, pummeling blow after blow to buoy her side at 23-20. She then iced the game for good with consecutive down-the-line attacks in the eventual dying moments of the match.

Senior hitter Jhona Rosal and Dana Persa also delivered the goods for Perpetual. The former rained down 11 attacks and three service aces to finish with 14 points laced with 20 excellent digs; while the latter tallied 11 markers.

Converted setter Jenny Gaviola made quite an impact as well in the contest. She provided the firepower above the net with eight points all while churning out Perpetual’s engine with eight excellent sets.

San Sebastian, on the other hand, remained winless in two matches.

The Lady Stags leaned on Shane Requierme on offense. She ended up with 16 points anchored on 13 attacks and two aces in a losing cause.

Perpetual seeks to sustain its momentum when it faces Lyceum on Tuesday, January 21. Meanwhile, San Sebastian tries to notch its first win when it takes on San Beda also on the same day. Both matches will be played at the same venue.