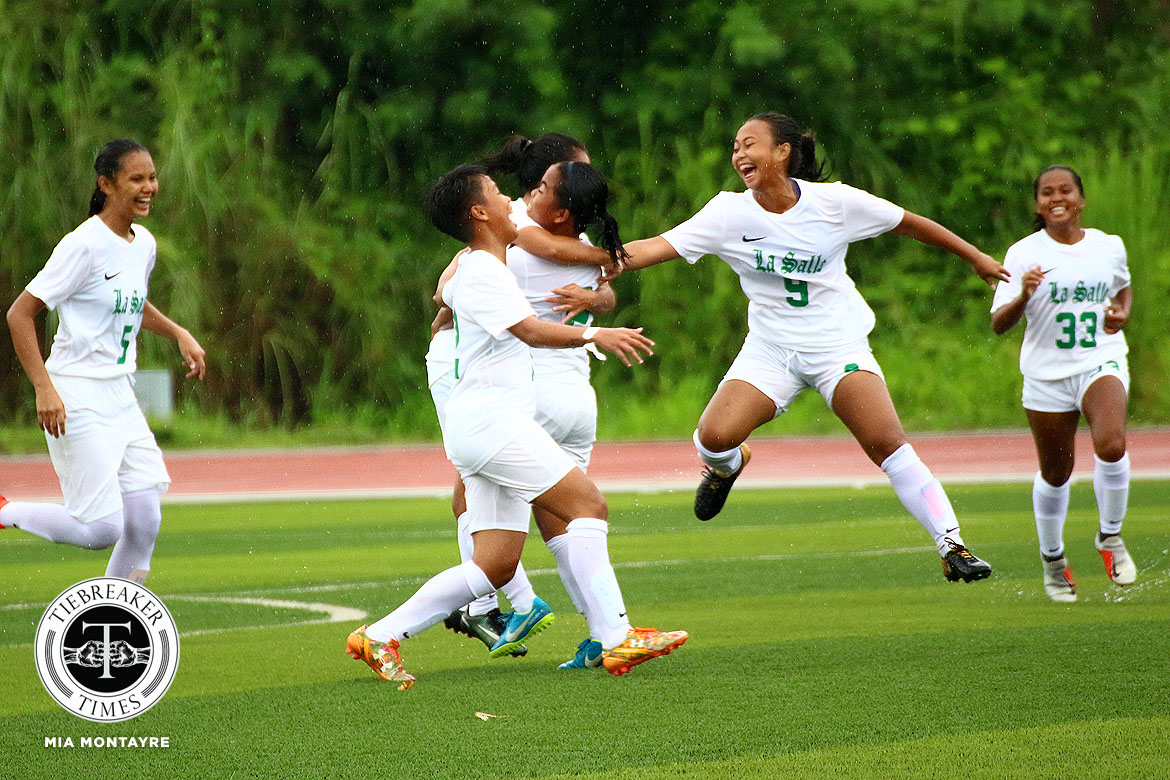 Only one match played out last weekend, as heavy rains marred the PFFWL fixtures at the PFF National Training Centre in Carmona, Cavite.

The second fixture between Maroons FC and Stallion-Hiraya was more than halfway through when it had to be called off due to a sudden heavy downpour. Eventually, the Philippine Football Federation also cancelled the games for the following day.

Without their veteran core in the lineup due to national team duties, the De La Salle University struggled against newcomers Nomads FC but still found a way to win 2-1.

The weather clearly played a factor in the match, which started late as officials made sure the pitch was playable. Once the ball started rolling, both teams had a difficult time adjusting with several small puddles inhibiting passes and play.

Fortunately for DLSU, they found some breathing room when an unchecked Tejanee Isulat headed in the ball off a corner after fifteen minutes of play.

Unfazed at falling behind, Nomads FC then responded by dictating play. Known champions of the youth circuit, Nomads have a winner’s pedigree and were reinforced by members of the Ateneo women’s football team. They clearly the enough goods to challenge the defending champions.

Joyce Semacio’s equalizer in the 84th minute was a testament to this. Her strike proved too strong for keeper Patricia Lim to keep out, while also reigniting Nomad’s resolve to win the game.

Nomads almost had it, but saw a penalty in their favor waved off after Lim clattered into an onrushing Vanessa Angeles.

A handball in La Salle’s box then stopped them in their tracks, as Anicka Castañeda converted a penalty kick that Yasmin Elauria failed to deny. With the go-ahead goal coming near full time, Nomads could no more than ponder what could have been.

“The game was not ideal with the weather and the field. They should have adjusted and not thinking it was still a dry field with the sun out. That’s the problem,” lamented mentor Hans-Peter Smit.

“Yes, they are rookies, but again, this is not the first time they’ve played under the rain and these kinds of conditions, so they have to learn. The win is a win, it’s three points, but now they need to learn. They need to be more consistent, a bit more alert,” he continued.

The PFF Women’s League continues on Saturday, August 10 at the PFF National Training Center where Green Archers United FC will clash with Tigers FC at 8:00 A.M. followed by the University of Santo Tomas and University of the Philippines at 10:00 A.M.

On Sunday, August 11 Far Eastern University will meet Nomads FC at 8:00 A.M. while Stallion-Hiraya FC will go up against Tuloy FC at 10:00 A.M.