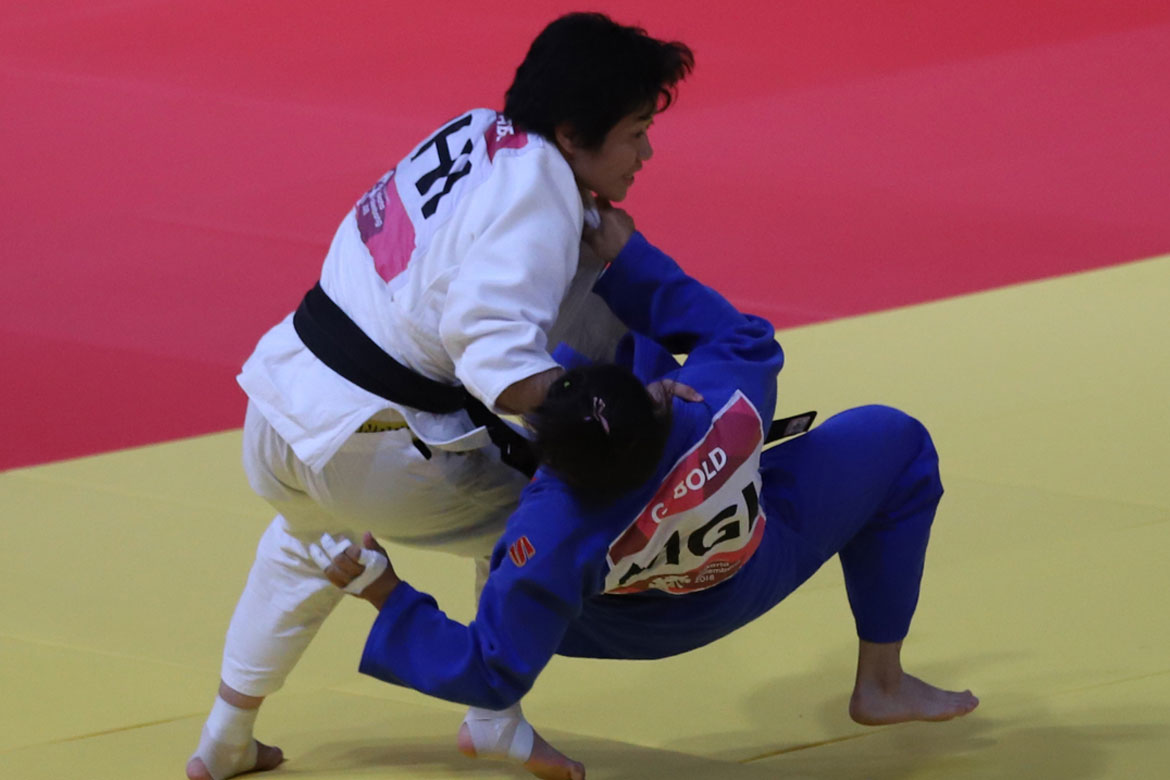 Kiyomi Watanabe advanced to the gold medal match of the women’s -63kg division, Thursday morning in the judo competitions of the 18th Asian Games at the Jakarta Convention Center.

Watanabe, ranked No. 10 by the International Judo Federation, needed only one minute and 17 seconds to win by Ippon in a women’s -63 kgs quarterfinals against Orapin Senathan of Thailand, before defeating Mongolia’s Gankhaich Bold in the semifinals.

Watanabe will face Japan’s Nami Nabekura in the Finals. The Japanese is the third-ranked judoka in the world.

The match will take place later today at 5:48pm.

Mariya Takahashi, on the other hand, fell in the repechage to shun her medals, bowing out to Mongolia’s Naranjargal Tsend-ayush via Ippon.

Eliminated early was Megumi Kurayoshi in the women’s -57 kgs. She lost via Ippon in two minutes and 44 seconds to World Cup silver medalist Leung Po Sum of Hong Kong.

Keisie Nagano won his first match against Eyal Salman Younis of Jordan in the men’s -73 kgsround of 32 via Wza-ari in four minutes, but could not contain Mohammad Mohammadi Barimanlou of Iran, yielding via Ippon in 0:55 seconds in the round of 16.

On Wednesday, Shugen Nakano failed to make it to the medal round. He won his first match against Wei Fu Chong of Malaysia via Ippon in Round 3, but fell to Yeldos Zhumakanov of Kazakshtan in the Round of 16 via Ippon in the first round. Nakano finished ninth in his division.