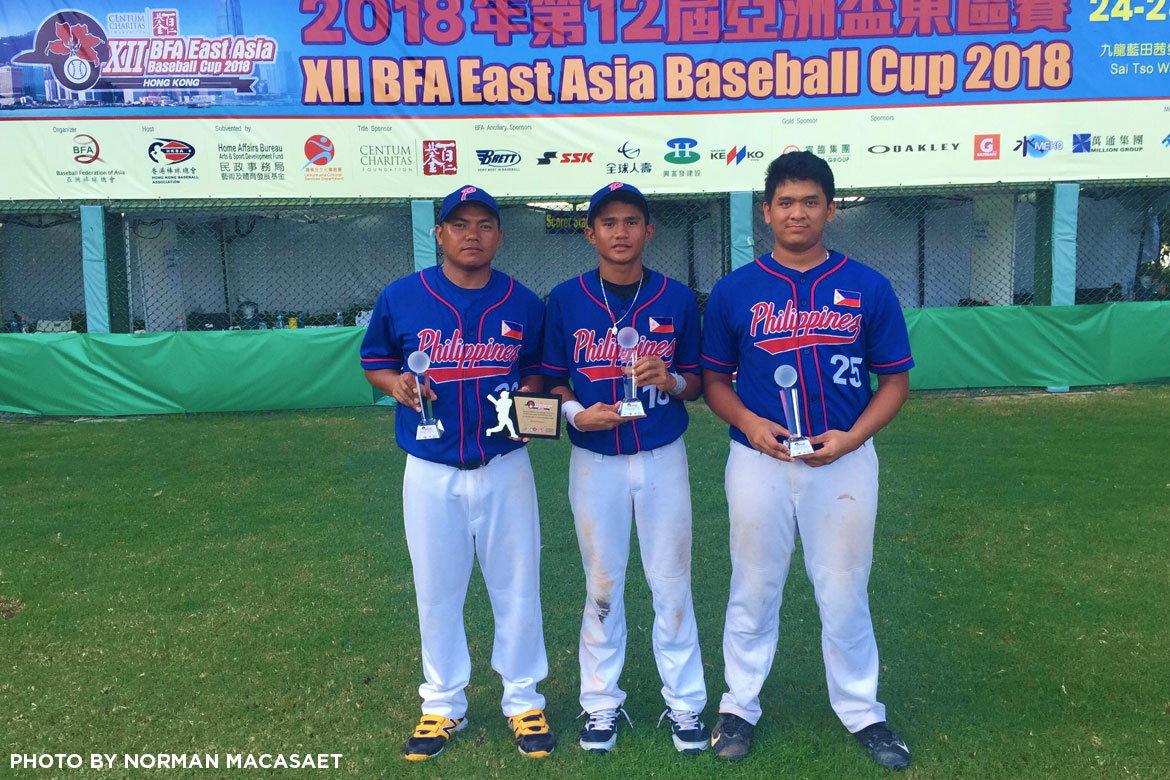 Reigning UAAP Athlete of the Year Kiko Gesmundo took home the highest of honors in the 2018 Baseball Federation of Asia East Asia Cup as he was adjudged as the Most Valuable Player in the five-nation meet.

Gesmundo, who is the reignign UAAP Baseball MVP as well, played like a man on a mission in the tournament.

In the two games he pitched, he only allowed 2 earned runs while fanning 12 batters.

If he was not pitching, he also provided a spark on offense, scoring two runs against Thailand while stealing a base.

Adamson Soaring Falcon Erwin Bosito had the most stolen bases in the tournament with six. 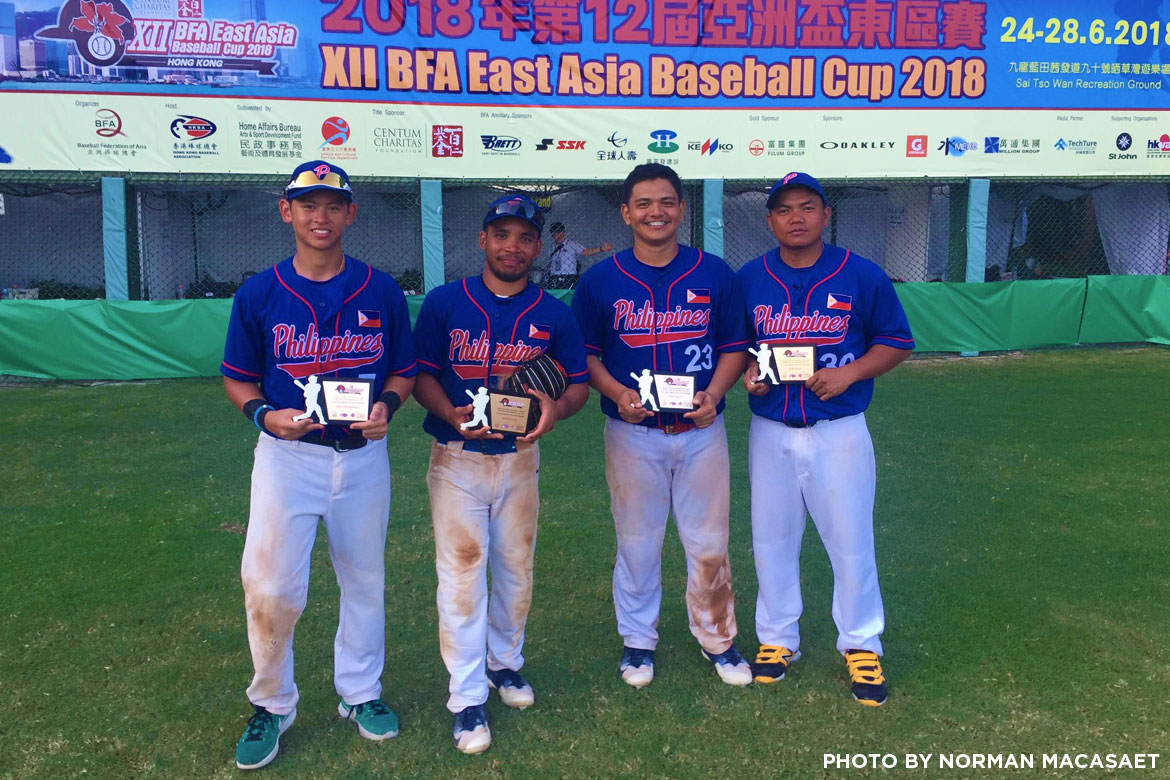 Leading the way is veteran Jon-jon Robles. Registering two wins, he was honored as the Best Pitcher.