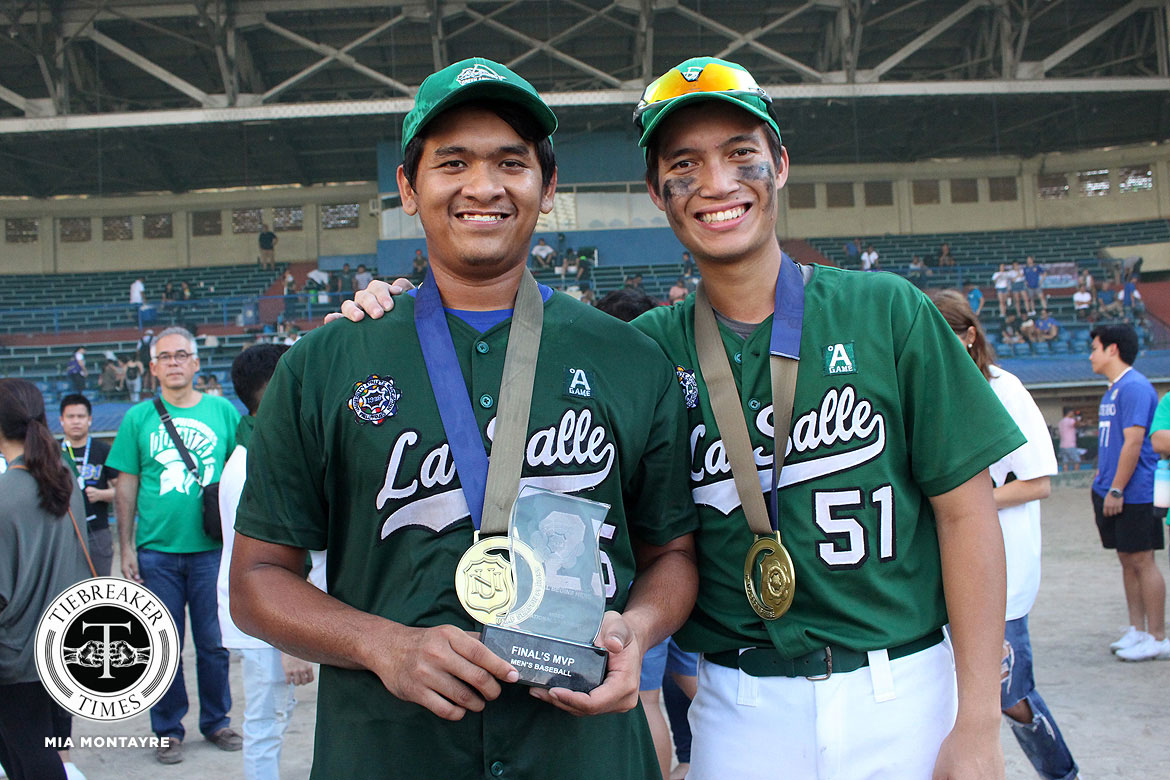 Kiko Gesmundo is a tough man to please.

During his sophomore year, the De La Salle University Green Batters won the UAAP Season 78 championship. But the product of Marist School was hardly a factor during that campaign.

Then in his senior season, Gesmundo was the top dog not just on the diamond but also in the entire UAAP, winning both MVP and Athlete of the Year honors. However, La Salle were swept in the Finals by the Adamson Soaring Falcons.

In his final year, Gesmundo struggled all throughout the season, bothered by a shoulder injury that he sustained during the Philippine Baseball League.

But in his final UAAP game, he needed to gut it out.

A night before Game Three of the Baseball Finals, head coach Joseph Orillana was pondering whether he would choose Boo Barandiaran or Gesmundo as his starter. Both of them are seniors.

Gesmundo pitched seven innings in the contest, allowing nine hits that resulted in seven runs. Definitely a high count by all accounts.

To make up for it, Gesmundo torched the Ateneo defense by going 3-of-4 at-bat. But none bigger than his final at-bat for La Salle.

With the game knotted at 9-all in the ninth inning and with two outs, Gesmundo slammed a clutch home run that punched in two runs. This, despite pitching seven innings against a high-powered Blue Eagles squad and under the heat of the summer sun. 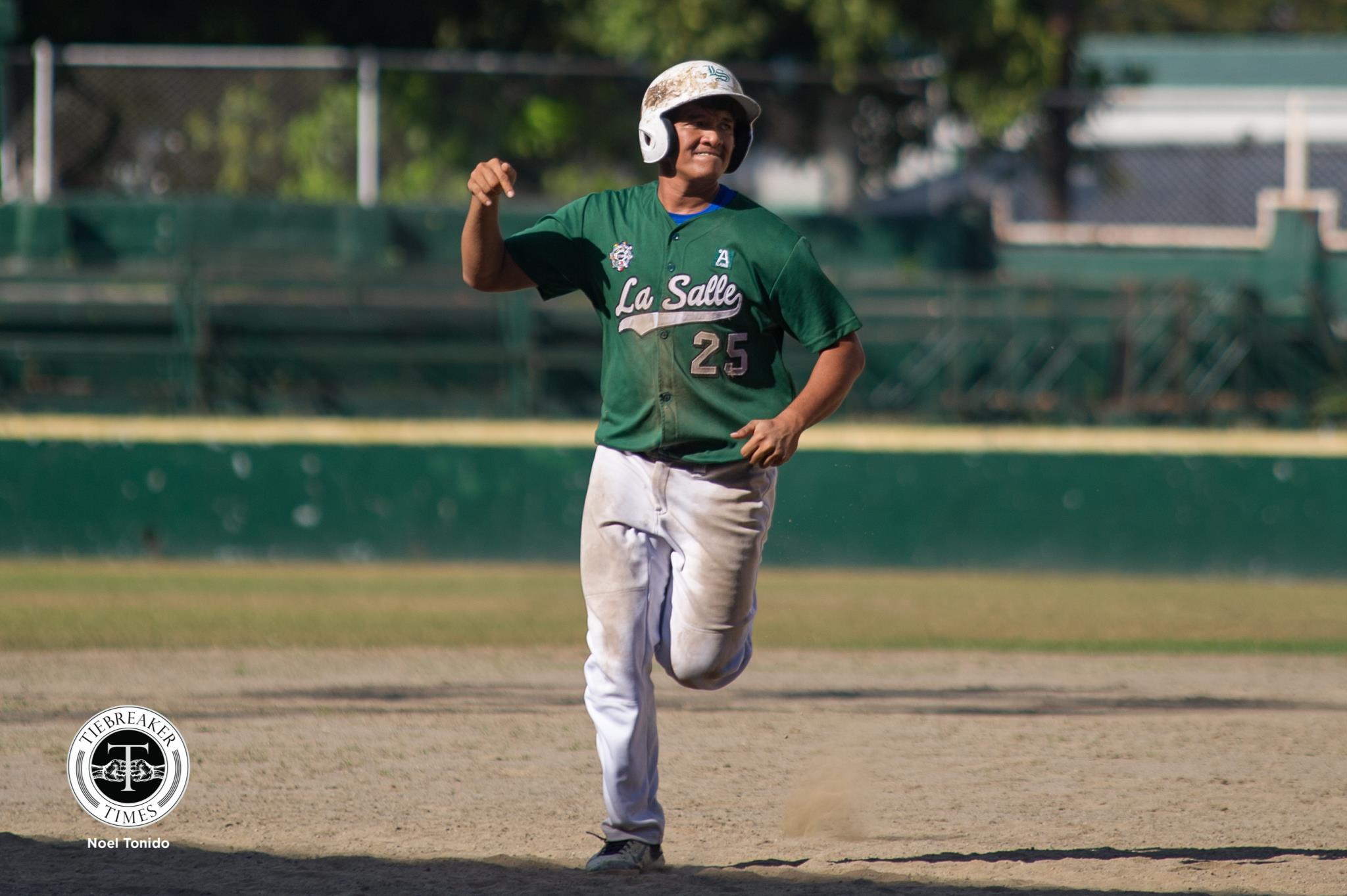 Gesmundo was adjudged the Finals MVP. But more importantly for him, he got to celebrate with his brothers-at-arms.

After five years with the Green Batters, Gesmundo can finally say that he has given La Salle a championship.