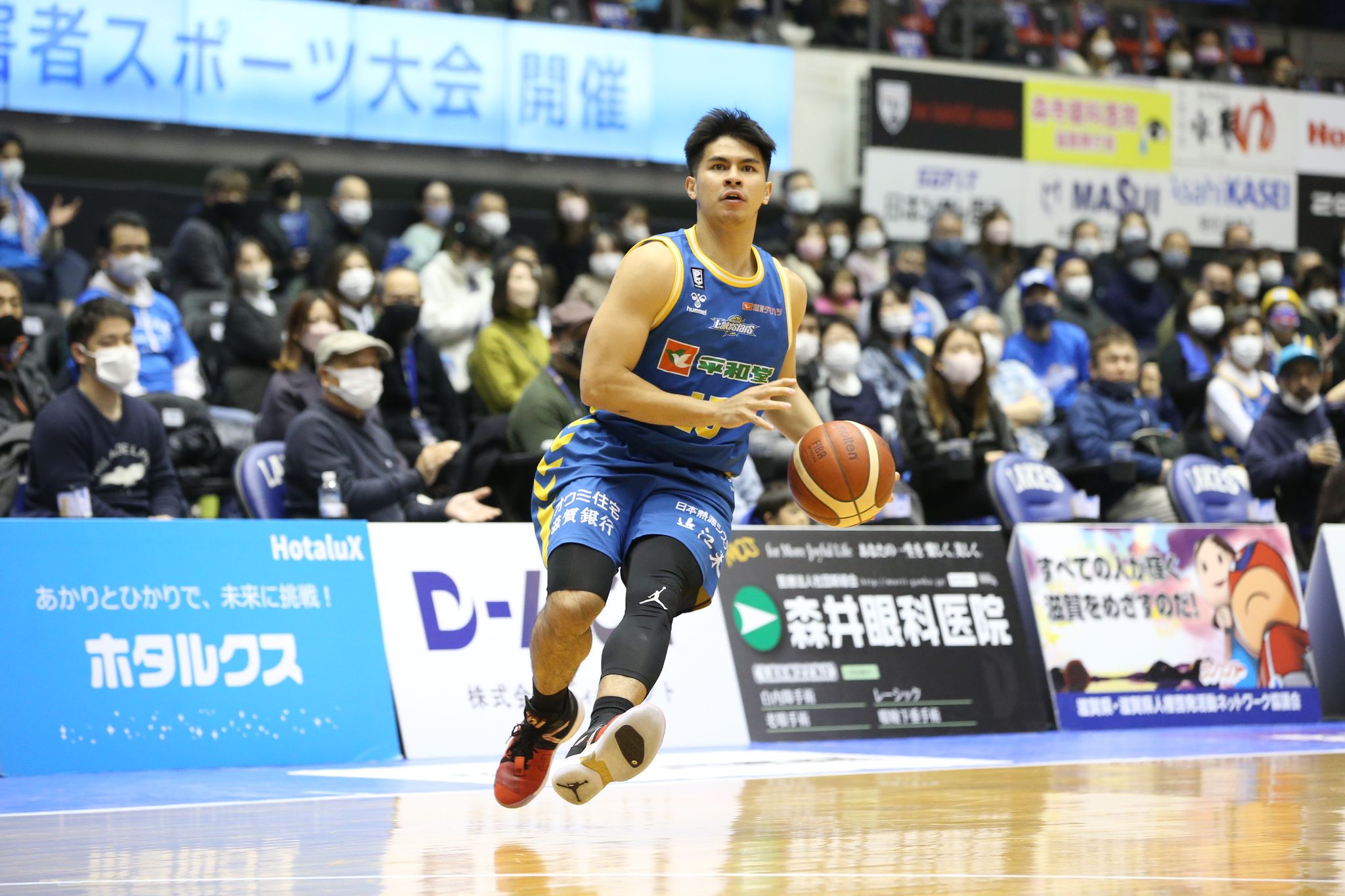 Kiefer Ravena had a foul-plagued game as Shiga was waylaid by Akita, 77-94, in the 2021-22 B.League season, Sunday at Ukaru-chan Arena.

Down by as much as 21 points late in the third canto, the Lakestars put up a spirited rally, cutting the lead down to eight, 67-75, with 7:11 remaining.

However, just 49 seconds earlier, Ravena was slapped with his fifth foul that resulted in him fouling out.

Without their lead guard, the Lakestars looked lost afterward which the Happinets took advantage of.

A Takuya Nakayama bucket sparked a huge endgame for Akita, capped by a Colton Iverson layup with 1:49 left. That gave their side a huge 90-74 lead.

Ravena only had six points and two assists against four turnovers for Shiga.

Akita, who went up to 16-9, had a balanced attack with Jordan Glynn, Alex Davis, Takuya Nakayama, and Takatoshi Furukawa all finishing with 14 points.

Shiga dropped its second straight game to fall to 9-16.