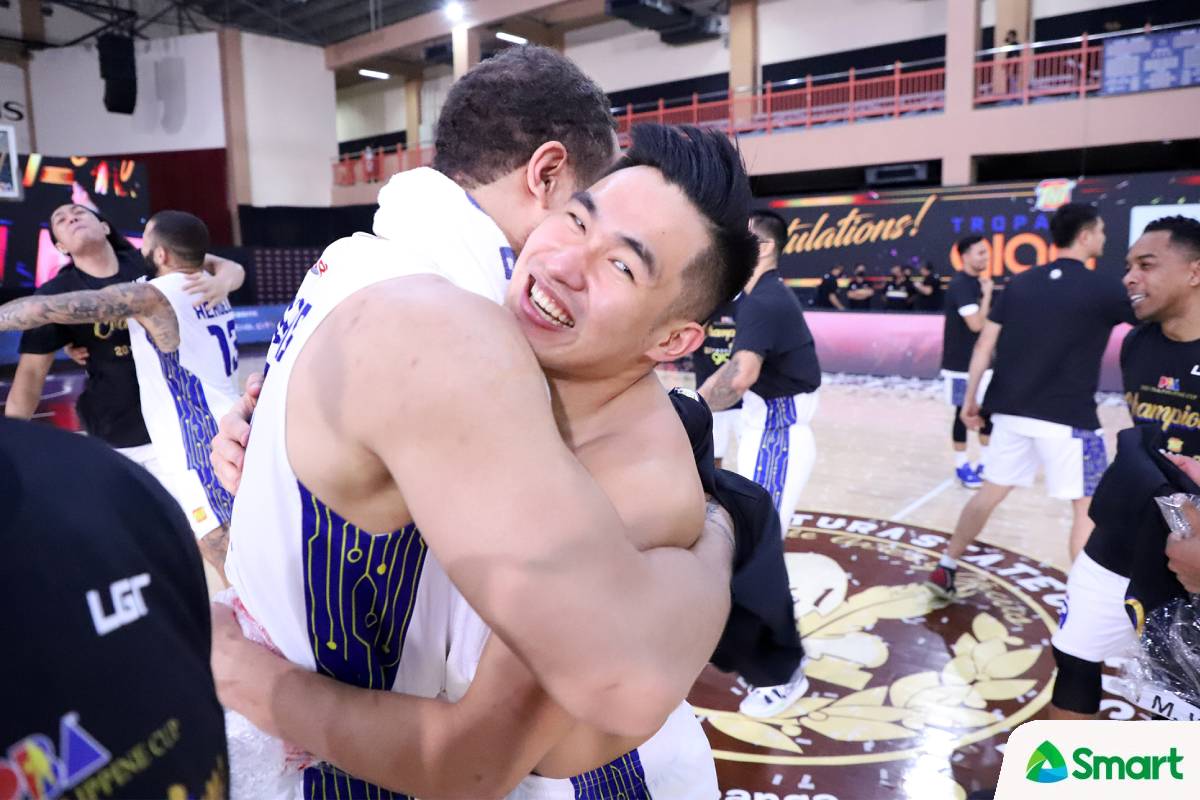 Kib Montalbo felt very blessed to have won a PBA championship in only his second season in the professional ranks.

The 26-year-old realized his lifelong dream when TNT beat Magnolia to rule the 2021 Philippine Cup. The win not only ended the club’s six-year wait for a title, but also ceased the half-a-decade reign of its rival conglomerate.

“Winning a championship is an incomparable feeling,” he told Tiebreaker Times. “It definitely is something we strived for coming into this conference.

“I really saw it as a huge blessing having gone to the Finals and becoming a champion on my second season. Seeing how my teammates have waited for years, I can only celebrate this victory with them,” he added.

The recently-concluded tilt was undeniably one to remember for Montalbo. Aside from becoming a champ, he also saw himself take on a bigger role.

From being one of the bench guys in his rookie year, the Bacolod-native slowly grew as a two-way specialist and eventually emerged as a starter. He was part of their first five in 14 of the Tropang GIGA’s 23 games in the conference.

Montalbo also made his career-high outing in the tourney. He had 22 points on 61-percent shooting to help TNT beat NorthPort, 102-92, last September 15 – just one of his five double-digit performances this season so far.

The 5-foot-11 guard is simply full of gratitude to be trusted enough by head coach Chot Reyes, who returned to the team in February.

“It wasn’t easy at first,” said the 11th overall pick of TNT in the 2019 Draft. “I had to earn his trust and had to give my A-game with every opportunity he entrusted me with. It was a fruit of the hard work I put during the off-season.

“So I definitely thank him for trusting me enough. Sinusuklian ko lang ‘yung tiwala niya,” he furthered.

Montalbo is currently on vacation, deservingly enjoying his free time before he and the Tropang GIGA buckle down to work for the Governors’ Cup. However, the championship isn’t the sole reason why he’s celebrating.

On the same day, he won the Perpetual trophy, his family received his diploma from De La Salle University as he earned his Business Management degree.

The two-time UAAP gold medalist said that he really made it a point to finish studies. He was even attending classes online while in Bacolor.

“I just wanted to finish, and I just maximized the opportunity of having online classes. So while recovering – whether nagi-ice ako, resting, or on my way home from practice – I’d just be there listening during class,” he said.

“And, of course, I want to inspire my fellow players to finish. Iba pa rin ‘pag may diploma,” added Montalbo, who finished his collegiate career in 2018.

Now, he can focus mainly on his budding PBA career. And he couldn’t wait to see what’s in store for him and TNT moving forward.

“I’m looking forward to it,” said Montalbo. “I’m excited for what’s in store for us.

“We’ll just continue to work each and every day and we’ll see how it goes.”