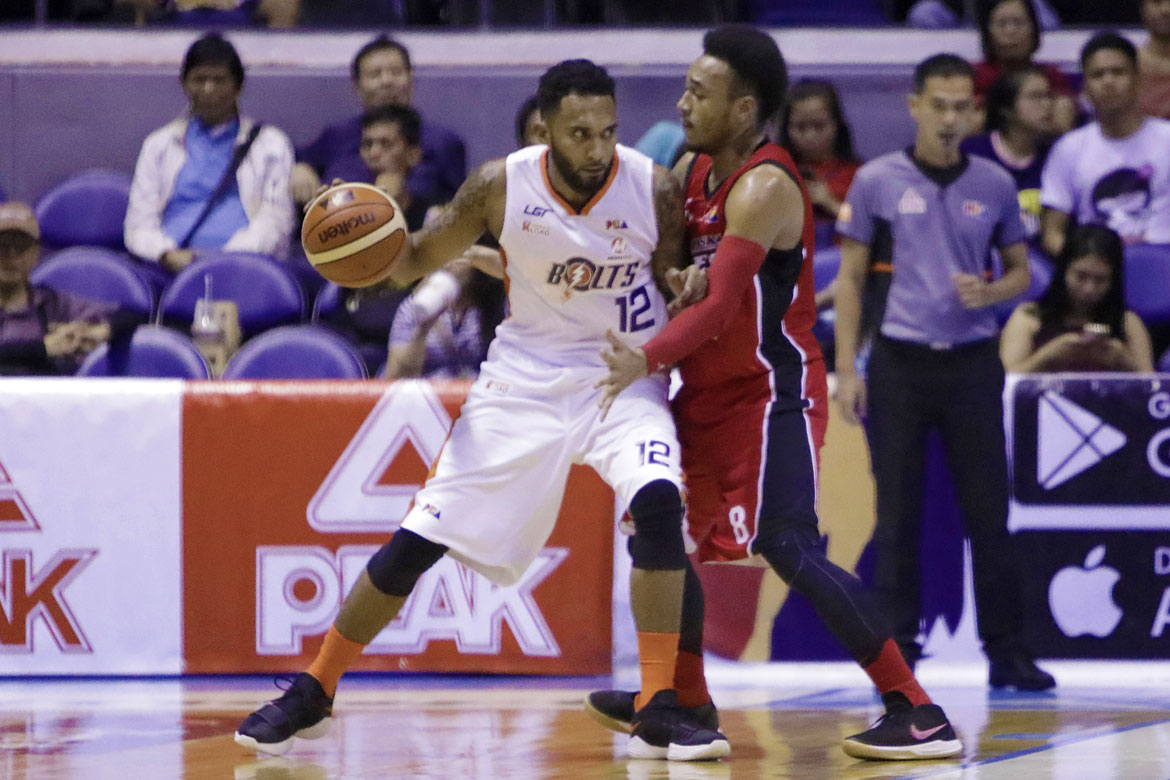 The Meralco Bolts may have absorbed their second straight loss in the 2018 Philippine Cup to the Alaska Aces on Wednesday night, but Meralco’s recent acquisition KG Cañaleta achieved a personal milestone.

The 35-year-old swingman — who has been in the pro league for nearly 13 years and has established himself as a journeyman after having had stints with nine ball clubs — became a member of the elite 5,000-point club.

Cañaleta broke through the 5K-barrier after hitting a corner three-pointer with 2:25 left to play, when Meralco were trying to mount a comeback, and made it 86-90.

He became the 87th player to join the club — 83rd among locals, and 19th among active players, as per the league’s chief statistician Fidel Mangonon.

The last players to hit such milestone were Marc Pingris and Larry Fonacier back in the 2017 Governor’s Cup.

#ReadMore  Ian Sangalang breaks out of slump when Magnolia needed it the most
In this article:2017-18 PBA Philippine Cup, KG Canaleta, Meralco Bolts, PBA Season 43