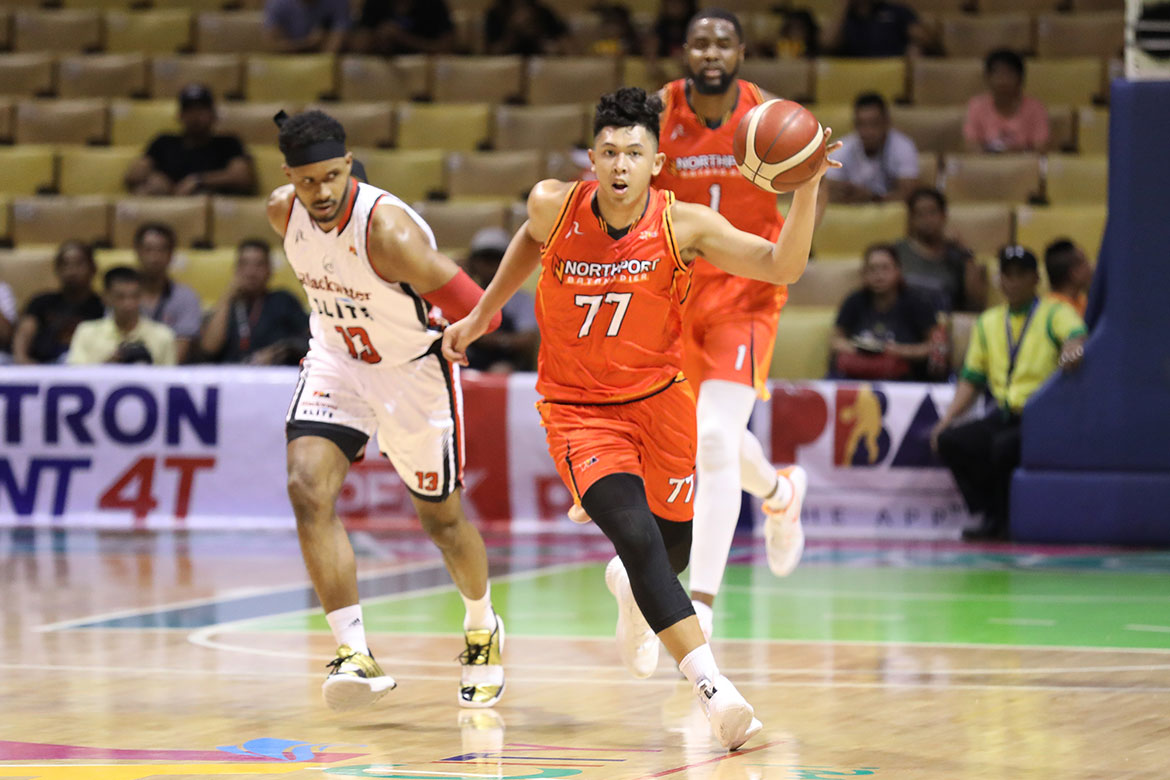 The new guys made an immediate impact for NorthPort, as the Batang Pier mauled an all-Flipino Blackwater Elite, 127-99, to earn their seventh win in eight games in the 2019 PBA Commissioner’s Cup, Saturday at the Cuneta Astrodome.

Sol Mercado, Jervy Cruz, and Kevin Ferrer all logged in significant minutes; Mercado and Ferrer were even part of the starting five. They all had a hand in the Batang Pier’s 15-4 pull-away in the second frame that got them rolling.

Ferrer finished with a team-high 23 points built on five three-pointers, on top of six assists and five rebounds. Cruz had 16 points and 11 rebounds, while Mercado added 14 markers, five caroms, five dimes, a steal, and a block.

Do-it-all forward Sean Anthony finished with 22 points on 50 percent shooting from the field, 11 rebounds, four assists, and three steals in the victory that boosted the Batang Pier’s bid for a twice-to-beat advantage in the playoffs.

Robert Bolick was just a rebound shy of his first career triple-double. He had 16 points, 10 assists, and nine rebounds.

Bobby Ray Parks, Jr. suffered a minor ankle injury with a minute left in the third quarter, but still managed to return later on. He had 25 points, 11 rebounds, four assists, a steal, and a block to lead Blackwater, who fell to 5-3.

The Elite was forced to field an all-Filipino lineup, as import Jameel McKay hasn’t completed his papers yet.