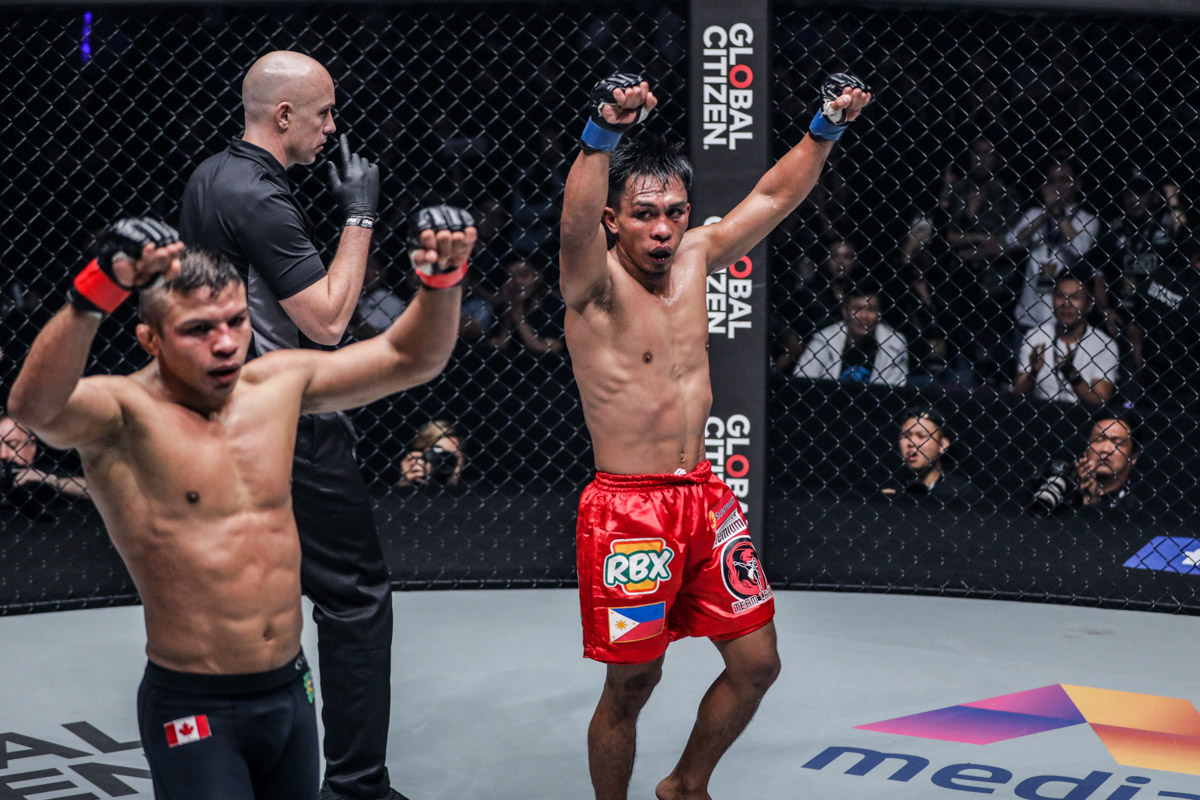 Kevin “The Silencer” Belingon has clarified a few things after talks of him moving to the ONE Championship featherweight division surfaced a few weeks ago.

The former ONE Bantamweight World Champion did not deny his previous comments of possibly moving up to challenge current featherweight kingpin Martin “The Situ-Asian” Nguyen.

But at the end of the day, he still has ONE Bantamweight World Champion Bibiano “The Flash” Fernandes on his mind.

“Let’s get one thing clear. Right now, my mind is on getting another shot at the bantamweight belt. That’s where my main focus is,” Belingon said.

“I just feel I have unfinished business here. I’m looking at another fight with Bibiano [Fernandes], and I’m willing to go through anyone to get it.”

Talks of Belingon moving up to challenge Nguyen are nothing new; the chatter started the moment “The Silencer” lost his fourth match against Fernandes, dropping his record against his rival to 1-3.

It would be logical for Belingon to move up and challenge the Vietnamese-Australian heavy-hitter, especially since he beat Nguyen in 2018. And it’s something “The Silencer” cannot deny — though he remains locked in on Fernandes.

“Martin [Nguyen] is just a great striker, and a good fighter overall. He’s very skilled and powerful, and he has great timing. I can’t say much about his weaknesses, because there are very little. I was on my toes the entire time in our first fight,” he said.

“If ONE Championship feels a fight between me and Martin would be good, I have no problem going up a division to featherweight. There are bigger guys at featherweight, but I think I can handle them. It’s just that, right now, bantamweight is my priority, so I’ll focus on that first.”

With life slowly returning to normal all over the world, it’s only a matter of time before fans see Belingon back in action.

READ  Eduard Folayang hopes to get another crack at Eddie Alvarez

The only question is: Who will he be facing?

“I’m just taking things day by day and doing what I need to do to stay sharp,” Belingon said.

“When it’s finally time to get in there again, I’ll be ready.”

ONE returns to action with ONE: NO SURRENDER, a closed-door, audience-free show set for July 31 in Bangkok, Thailand. Catch it for free by downloading the ONE Super App.