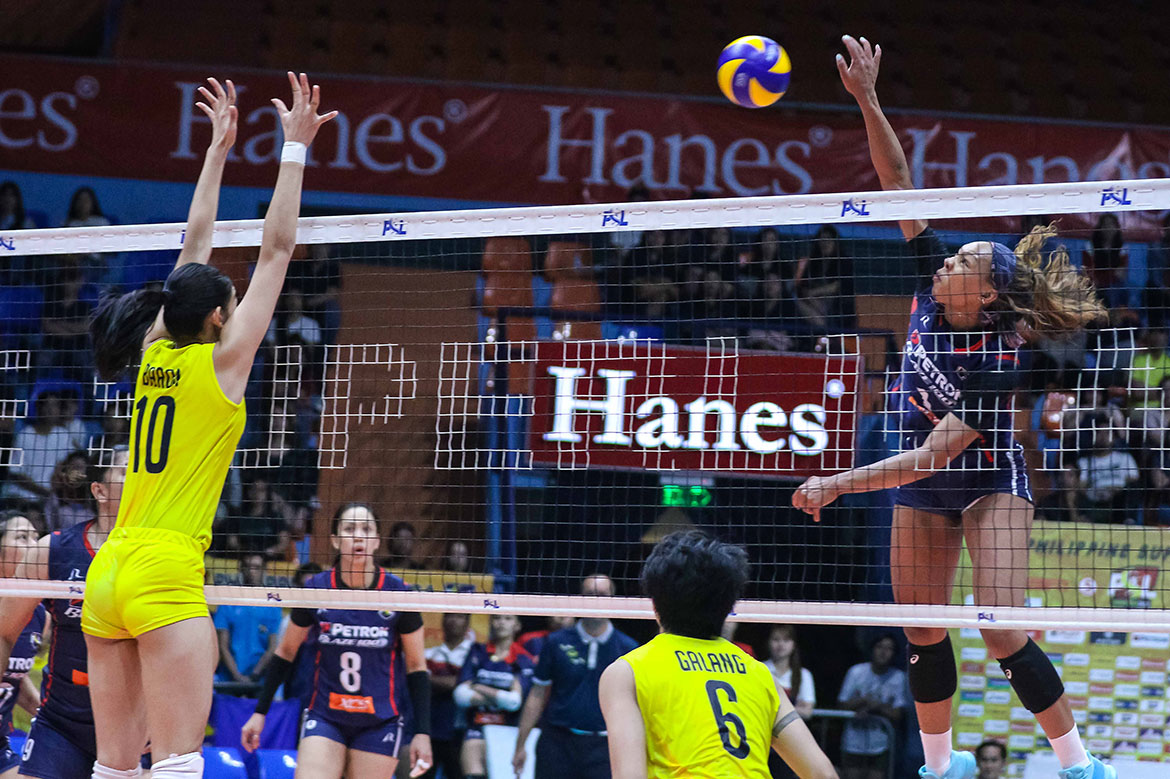 Petron seemed to have the first set in hand, coming to all 22-all draw thanks to high-scoring import Katherine Bell. But the American also cost the Blaze Spikers the set after two of her attacks missed their marks. Petron had a chance at a deuce, but veteran Mika Reyes gave away a service error.

Petron then dominated the next three sets, as they pounded F2 Logistics with attacks from Bell and Stephanie Niemer. The Cargo Movers had a shot in the third set, but Bell and Niemer’s late shots proved too much.

Bell tallied a season-best 31 points off 26 attacks, four blocks, and an ace, while Niemer managed 22 markers from 14 spikes, six aces, and two blocks.

Petron (6-0) next face the Cignal HD Spikers (4-2), while F2 Logistics (5-1) take on the PLDT Home Fibr Power Hitters (3-3). Both games are on Saturday at the Muntinlupa Sports Complex.