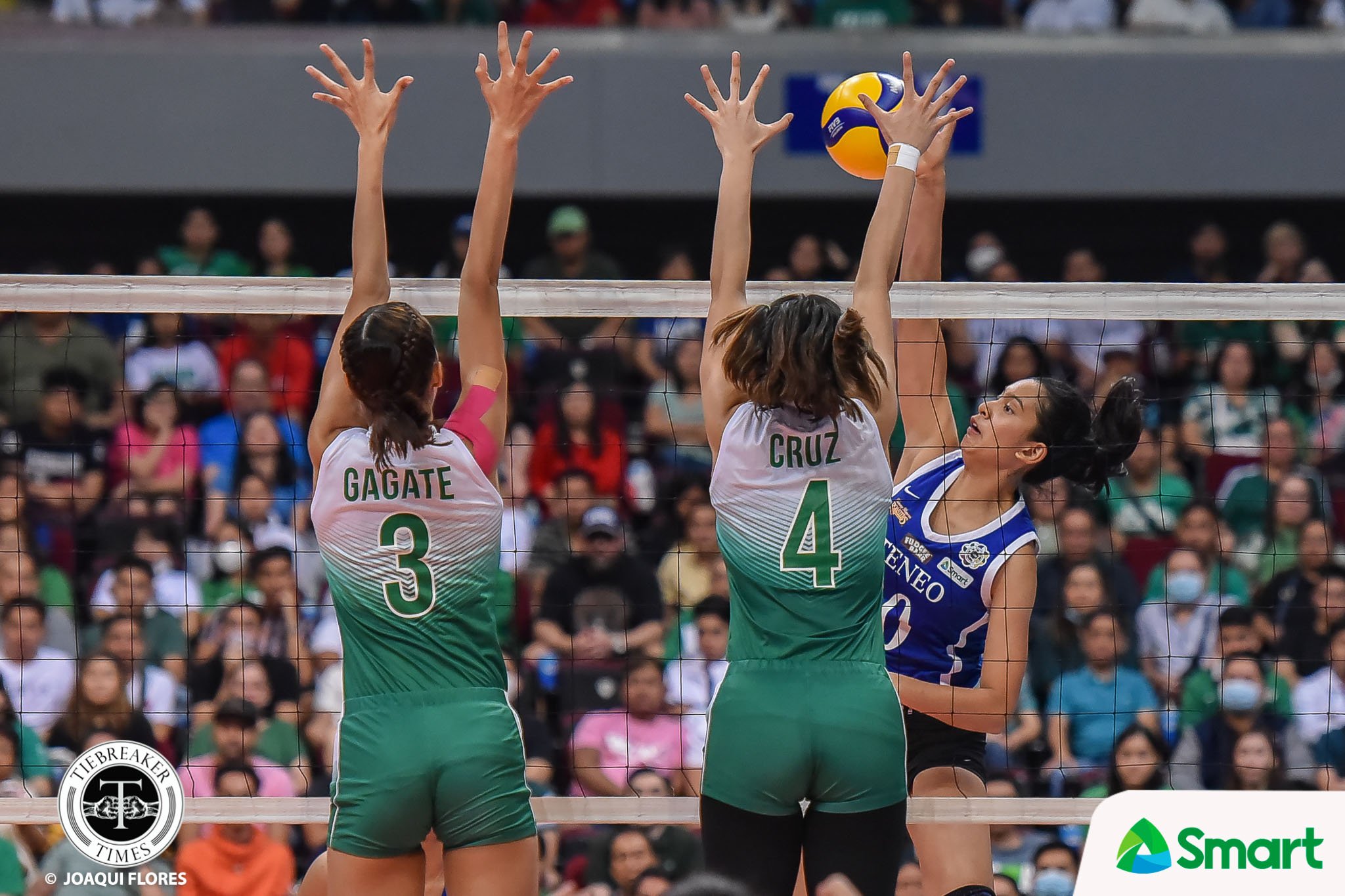 Kat Tolentino’s collegiate career with Ateneo de Manila University in the UAAP has come to an end.

This came after the league canceled the remainder of Season 82 following the extension of the enhanced community quarantine.

“It’s sad, of course. I am sure all the athletes will be disappointed,” the 25-year-old stalwart told Mark Escarlote of ABS-CBN Sports.

Having initially ended her campaign with Ateneo after the Lady Eagles’ Season 81 triumph, Tolentino suddenly had a change of heart during the off-season.

Tolentino dropped 15 points built on 12 attacks and three blocks in Ateneo’s three-set triumph over UP.

However, Tolentino’s unexpected send-off took place at a marquee match between arch-rivals Ateneo and La Salle, which ultimately concluded her collegiate stint in heartbreaking fashion. The 6-foot-3 winger was limited to just six points on a 5-of-41 attack rate. 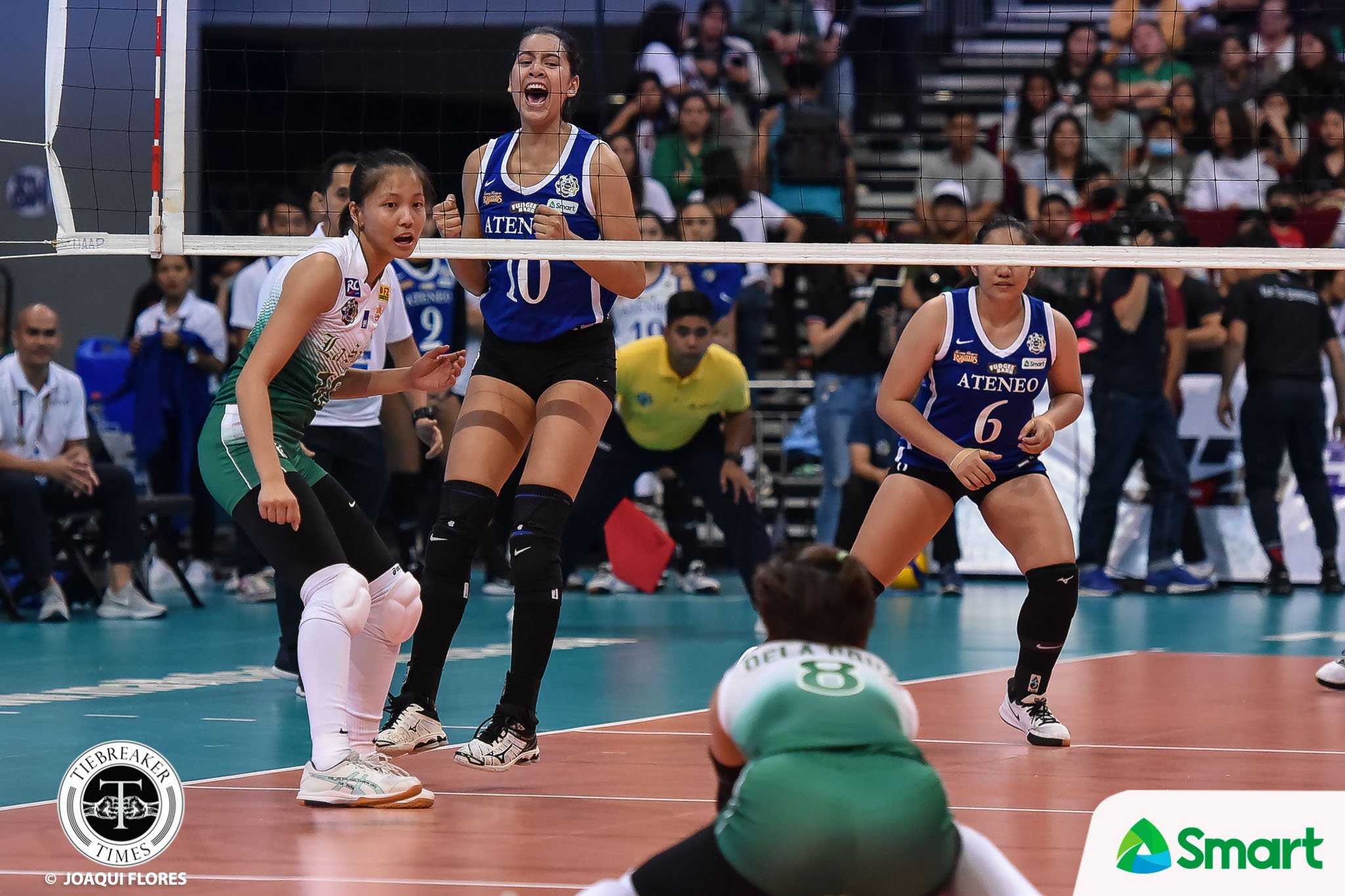 But more than anything, the Fil-Canadian winger feels saddened since she couldn’t steer Ateneo to the promised land one last time.

“It’s sad, especially since I decided to come back and this really is my last playing year na,” she disclosed.

“Also, sad just because I was really looking forward to playing with this new team of Ateneo.”

Tolentino could have left the collegiate scene as a champion, had she pushed through with her decision to forego her final year of eligibility when Ateneo reigned over Season 81. But for the blue and white community, she took flight as a Lady Eagle for one last time in their title-retention bid. 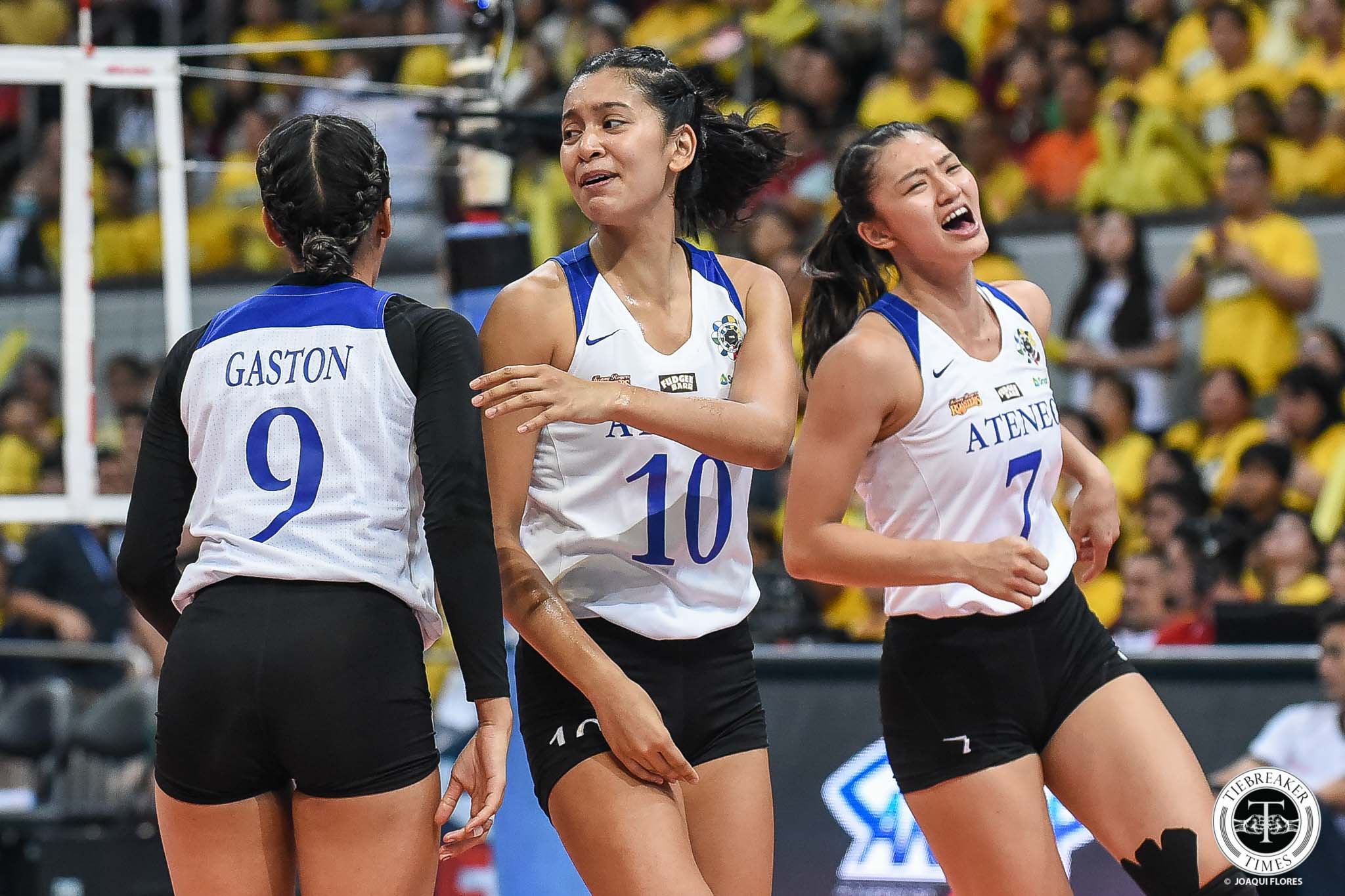 Despite the heartbreaking conclusion, Tolentino acknowledges the dire situation that she and the rest of the world are facing, and understands the abrupt end to the season.

“But I understand these are very difficult circumstances. It’s been difficult not being able to train as a team or in our normal environment,” she said. “If the UAAP is going to rush and put the athletes and the community at risk, it may not be worth continuing the season.

“In the end, it will be frustrating, heartbreaking and it will disappoint so many people, but I will be understanding in whatever decision is made.”