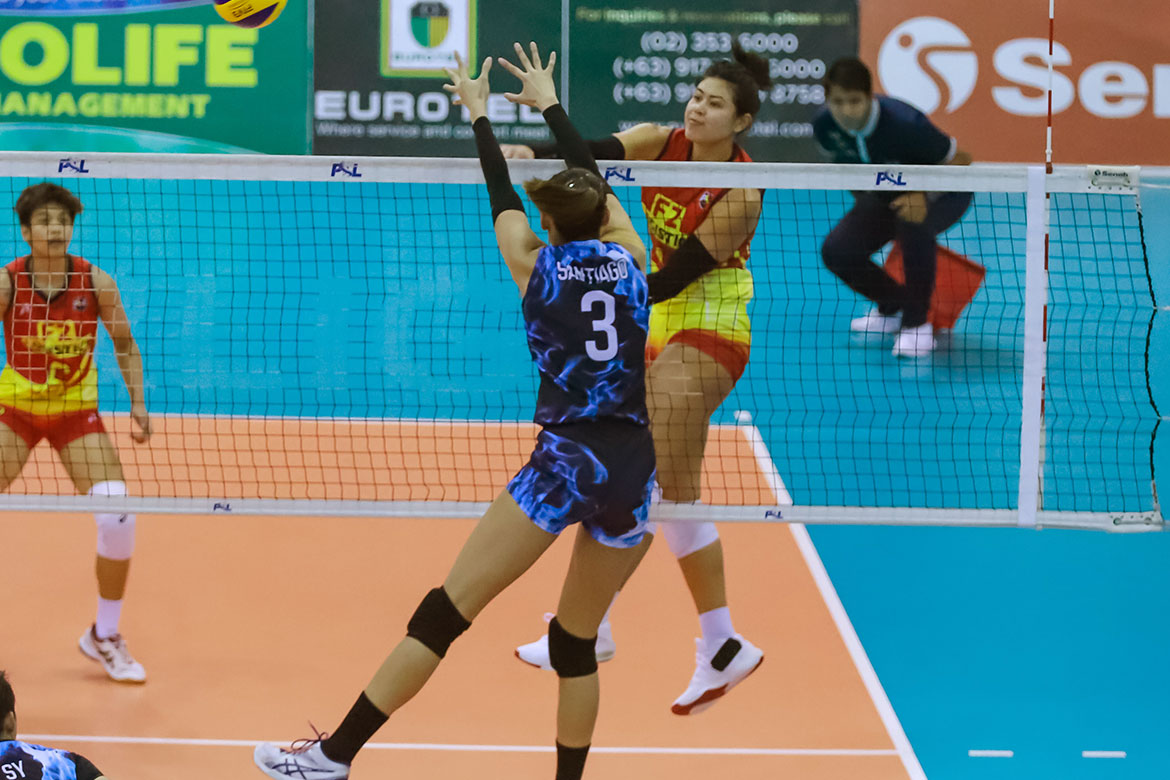 It seems that Kalei Mau has entered the growing list of injured players for the Philippine Women’s National Volleyball Team.

According to F2 Logistics head coach Ramil De Jesus, the Fil-Hawaiian winger sustained an injury to her left Achilles after the national team’s campaign in the first leg of the ASEAN Grand Prix in Nakhon Ratchasima, Thailand last September 20 to 22.

Mau averaged 14.3 points per outing in the three-day tournament.

For her part, Mau disclosed that she did “overuse” her left Achilles, but she asserted that she has no injury.

As she put it:

“It’s not an injury — it’s more like injury prevention.”

The national team stalwart got checked by a medical authority last Tuesday, September 24 — two days after the Philippines clinched bronze in the regional meet. Since then, she hasn’t seen action, even in the 2019 PSL Invitational Cup for her club team, F2 Logistics.

“I just went last week, when I came back from Thailand,” Mau recounted, referring to her check-up.

“He told me I have to rest and to come back the next week. Now’s the next week, and [so] I’ll go for another check-up.”

In the meantime, Mau’s participation for the Nationals in the second leg of the ASEAN Grand Prix on October 4 to 6 remains up in the air.

Still, Mau disclosed that she has another check-up this Wednesday. It will help determine whether she’ll be able to suit up for the country this coming weekend.

“The doctor has to clear me.”

At the end of the day, Mau is eager to represent flag and country.

“I’m a competitor. I really want to play, but what’s best for me is to just rest so that I can fully recover,” Mau shared. “The main goal for me is to just play for the SEA Games and win another championship for F2, so this is just the start. And they’re allowing me to rest my body and to prevent any injuries from happening.

She then continued, “I would really, really want to [play for the country]. I mean, just being here in the sideline, cheering for F2, I’m eager to be on the court at all times. So, patience is important. I don’t want to sustain a really bad injury that could potentially end my career or prolong it, so I’m going to be careful.”