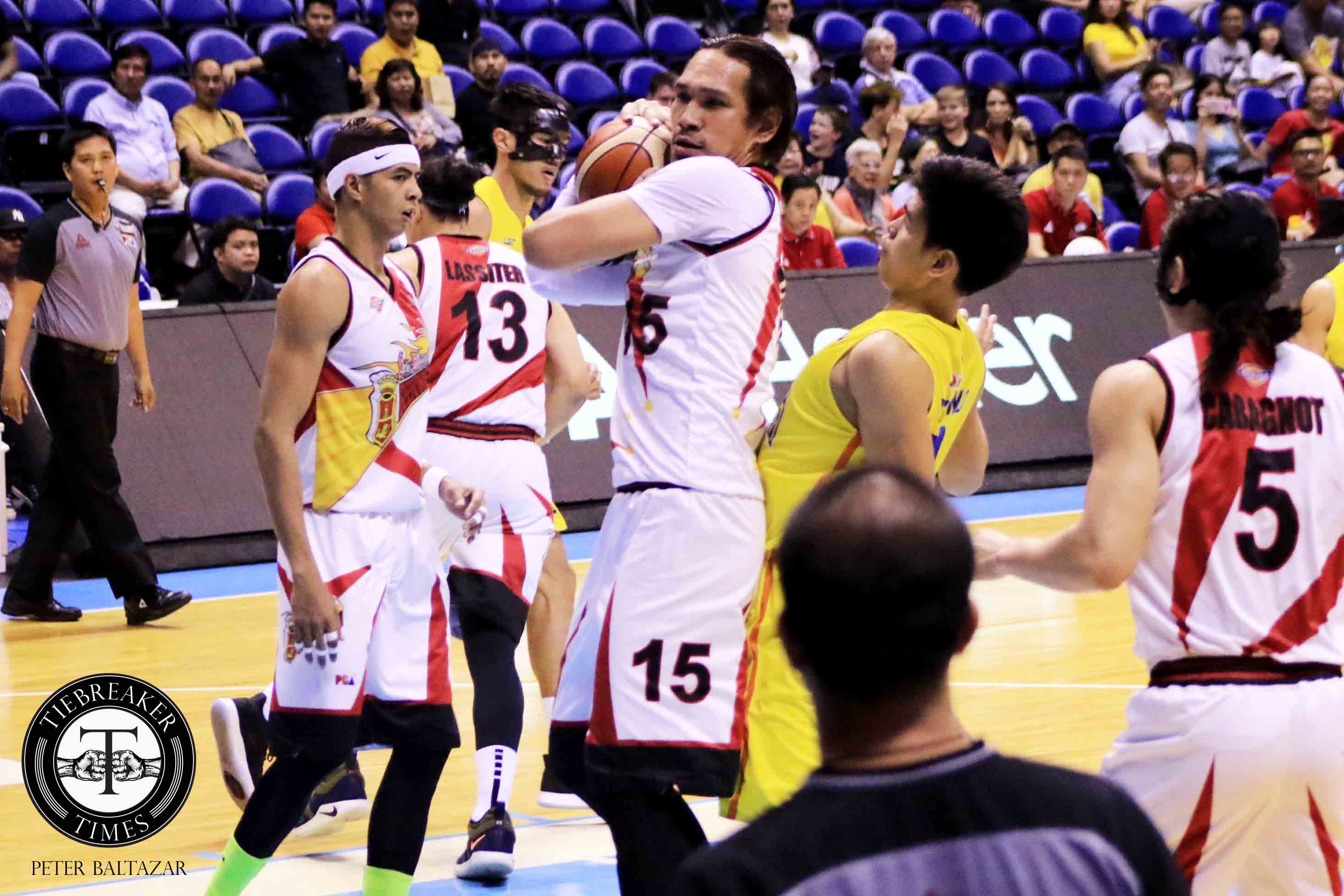 Behind June Mar Fajardo, the San Miguel Beermen showed why they are the reigning four-time All-Filipino champs, as they crushed the TNT KaTropa, 96-86, in Game Three of their 2019 PBA Philippine Cup quarterfinal series, Wednesday at SMART Araneta Coliseum.

Unlike in the series’ first two games, which both went down the wire, SMB opened the decider with a hot 23-7 blitz. TNT never stood a chance after that, as San Miguel waltzed their way to the semis.

“Isa lang bagay na nakita niyo this game: Defense,” said SMB head coach Leo Austria, as his chargers limited TNT to just 10 points in the opening frame alone. They also only allowed them to shoot just 36-percent from the floor.

“They were self-motivated. That’s it. We’ve been criticized before na wala kaming defense, but tonight we saw what San Miguel Beermen defense is,” he added.

Reigning five-time league Most Valuable Player and Best Player of the Conference frontrunner June Mar Fajardo was at the forefront of San Miguel’s assault with 32 points on a perfect 11-of-11 shooting from the field with 14 rebounds.

Christian Standhardinger provided 17 points and nine rebounds with two assists and two steals — all against just two turnovers. Meanwhile, Terrence Romeo added 11 points built on a pair of three-pointers along with four assists.

“I have to commend the whole team, and then kahit yung mga hindi nagamit, they are there cheering. This is a very important game for them. Everybody stepped up. Kaya wala akong masabi sa kanila,” added Austria.

The Beermen will face the top-seeded Phoenix Pulse Fuel Masters in a best-of-seven series. San Miguel have an axe to grind versus Phoenix following the 93-96 defeat they suffered back in their elimination round meeting last March 16.

“Phoenix is not number one for nothing, and we should study well what kind of game we’re going to do against Phoenix. They beat us in the elimination. And all of the teams, especially in the top, they’re really a contender,” Austria said.

Roger Pogoy had 16 points to lead TNT, who haven’t won a playoff series over San Miguel since 2012.

The quartet of Brian Heruela, veteran Jayson Castro, Troy Rosario, and Yousef Taha chipped in 10 markers apiece in the loss. Taha the lone Texter who finished with a double-double performance, as he collected 13 rebounds.