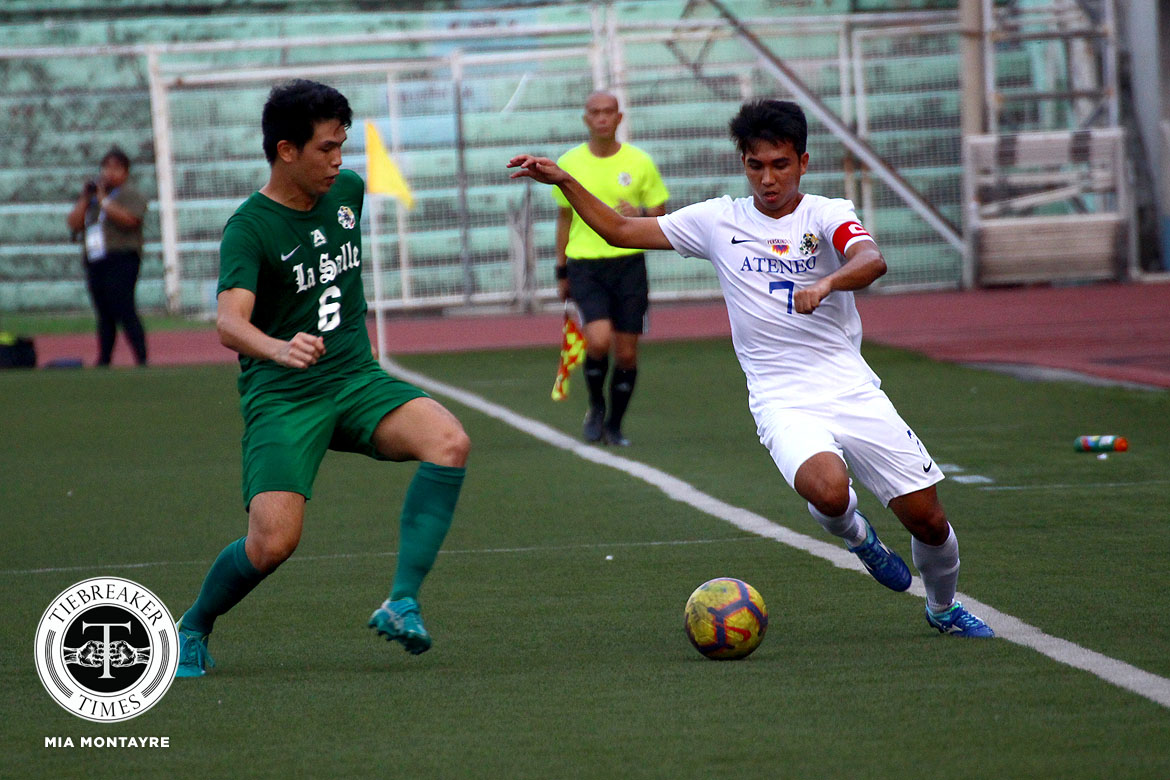 When the full-time whistle blew to signify the end of the intense championship match between the Ateneo de Manila University Blue Eagles and De La Salle University Green Archers, fans could be forgiven for thinking it was a revolving doors moment for the Blue and White.

The goalscorers for Ateneo on that day were star striker Jarvey Gayoso and captain Julian Roxas.

Roxas – who scored the winning goal – defender Jeremiah Rocha, and forward Rupert Bana played out their eligibility in the most glorious way, while Gayoso has still yet to commit to returning for his final year.

“It’s amazing right now. I’ve been studying in this school since prep. It’s been 17 years, going four years in high school and then five years in college. Coming to this game, I just wanted to give everything I got. I wanted to give the school one more championship before I left,” said Roxas.

On the other side of the coin was Luca Alleje, a rookie from Holistic Education and Development Center in Antipolo City. The neophyte replaced Bana in the 69th minute then provided the passes for Gayoso and Roxas  to score the goals and win the title. 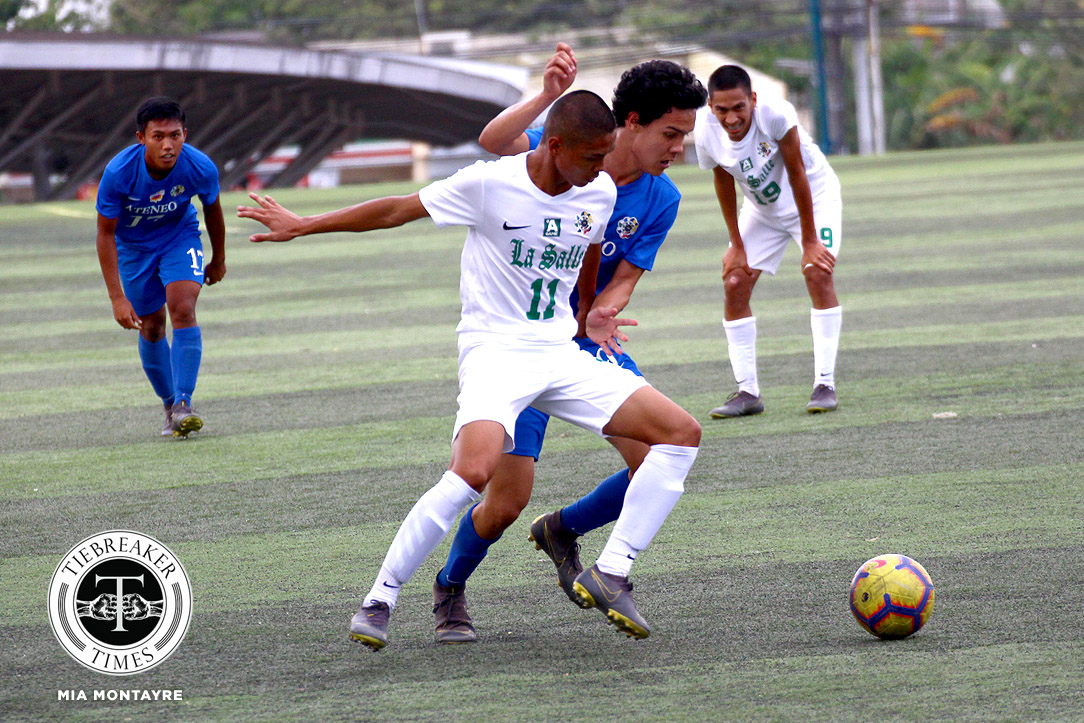 “The assists are nothing if they didn’t finish it. It was all us, man. We all wanted it. We worked for it, the 1-0 down. It felt like the end but we didn’t stop,” said Alleje.

The story could have been different for Ateneo if it weren’t for the interventions of Alleje, Gayoso, and Roxas. The Blue Eagles conceded a 77th-minute goal from Green Archers neophyte Mohammad Almohjili and looked set to succumb to defeat.

However, champions always find a way to win and the Blue Eagles did just that.

“When we conceded, we were so down, but you know, I still saw in my teammates that we were still fighting. We knew we can get back in this game right away. And, luckily, Jarvey got a good through pass, got a goal, and it was game on from there,” said Roxas.

While Roxas has been a constant in the Ateneo starting 11, Alleje has been used regularly as an impact player off the bench. It’s a role that he has embraced in this freshman year with the Blue Eagles.

“I mean that’s all I could do because if I’m not gonna start, might as well show something when I’m in ‘di ba?”

Come the final whistle, Roxas and Alleje stood side-by-side with the rest of their team of sing the Ateneo hymn. For Roxas, it was his last time to sing A Song For Mary as a student-athlete.

“It was amazing, really amazing. I mean, I just wanted to give one more championship to this school and then I did exactly that,” he expressed.

In contrast, Alleje’s journey in Ateneo has simply begun. “Well, we’re gonna lose a lot of key players but… all the rookies will work for it naman.

“I’m excited for the next four years. I’m excited.”

As Roxas’ time in Ateneo ends, Alleje’s era has lifts off. The pressure is on for the rookie, his batchmates, and their incoming rookies to add to the glory that the senior and his batchmates have given to the school. 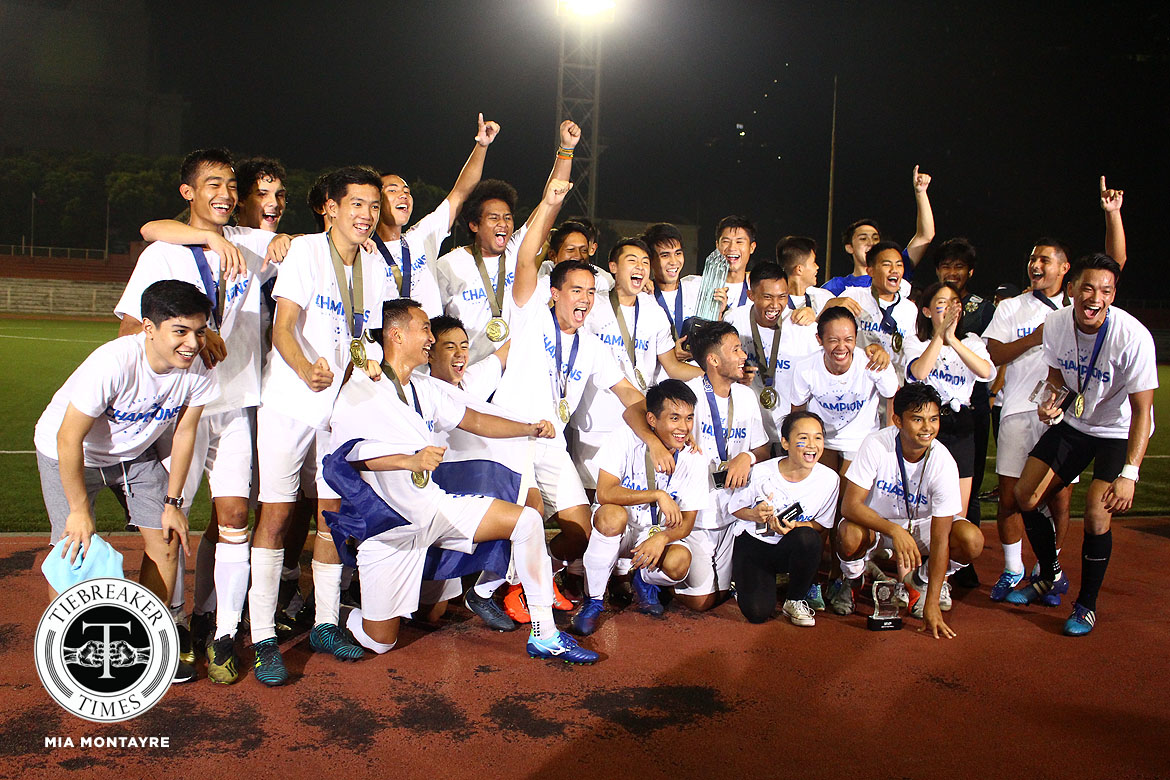 Still not in peak form, Dylan Ababou looks to provide leadership to Pasig in Kunshan