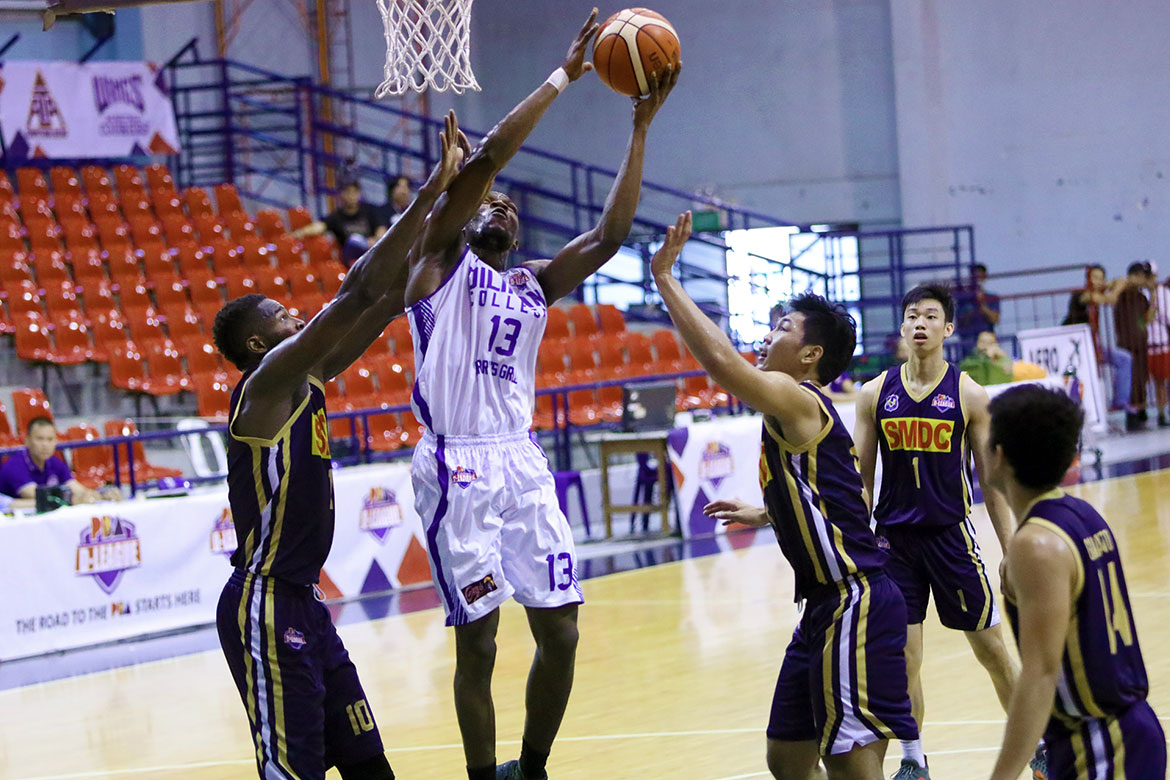 Diliman College-Gerry’s Grill compounded SMDC-NU’s woes with an 82-70 victory to collect their second win in the 2019 PBA D-League Thursday at Ynares Sports Arena in Pasig.

The Blue Dragons fought back from a 12-point first half deficit as Joseph Brutas caught fire and nailed three straight treys with four minutes left to play to turn a 67-63 lead to a 76-64 advantage.

Beninese big man Kevin Gandjeto led Diliman-Gerry’s with 16 points and 13 rebounds to hike its record to 2-2.

Marco Balagtas supplied 14 points along with seven boards and one block, as John Mahari chimed in 13 markers as well as seven caroms off the bench.

“The defense made this win for us,” said Bajar, as Diliman limited NU to just 28.2-percent clip from the field. “Yun ang sinasabi ko sa kanila lagi. ‘Di kami kilala sa tournament na ‘to but were striving. We want to prove to ourselves that we can compete.”

John Lloyd Clemente had 22 points and six rebounds to lead SMDC-NU, who have fallen to 0-4.

John Galinato made 16 points, as Issa Gaye had 10 points and 15 rebounds.