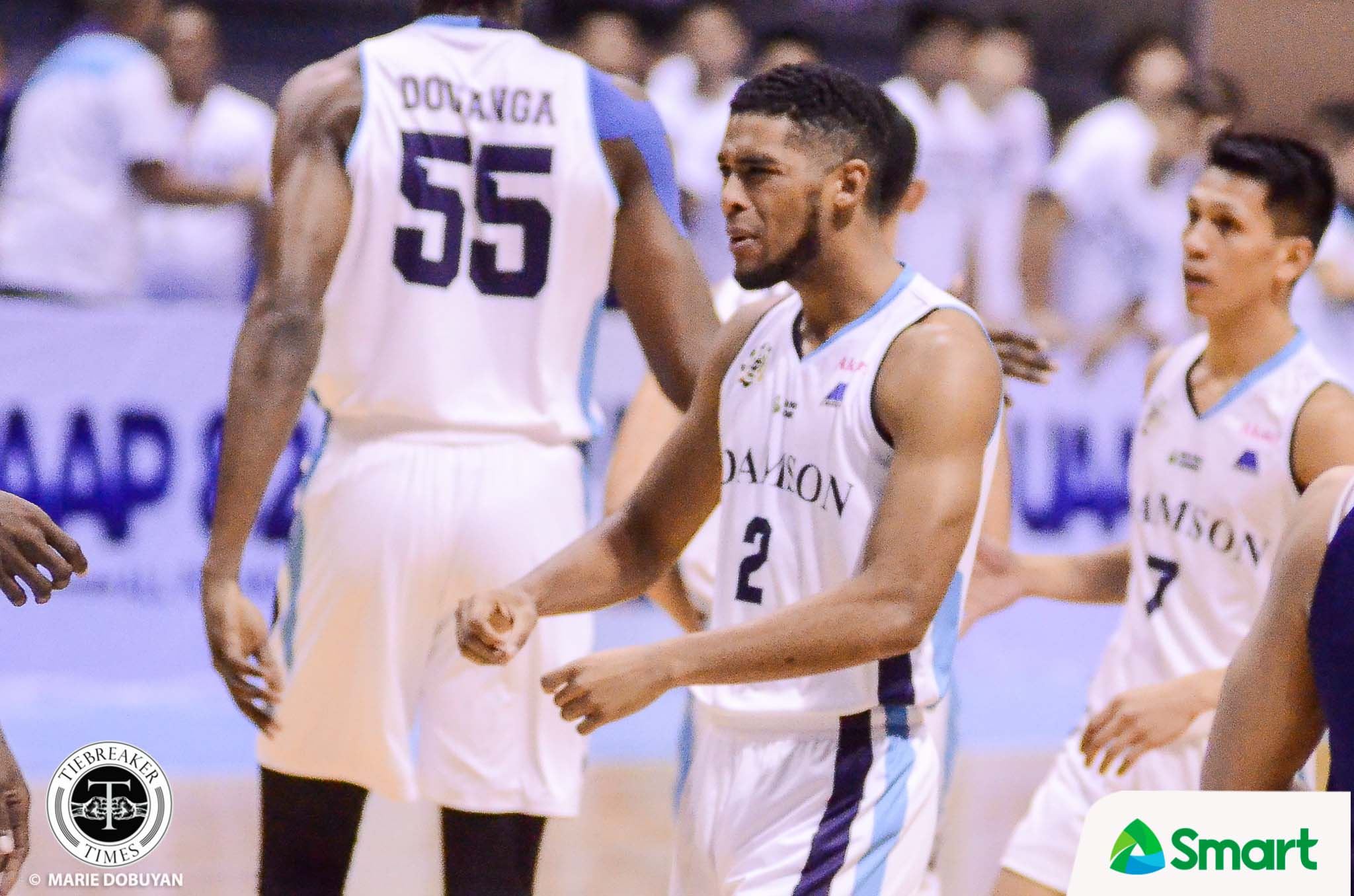 Now in his fourth year and having served PBA D-League residency a year ago, Jerrick Ahanmisi can throw his name in the 2019 PBA Rookie Draft as early as this year.

Given his performances during Adamson’s first two games, though, decorated head coach and current Soaring Falcons mentor Franz Pumaren admitted that the 6-foot-1 shooting guard would have a hard time getting himself drafted.

“He wants to make it into the PBA. I told him with the way he was playing, I don’t think he can take it to the next level,” the five-time UAAP champion coach opined.

And even Ahanmisi could not argue with him.

During Adamson’s first two games of the season, the 21-year-old struggled to do what he does best — score. Ahanmisi averaged just 8.5 points per game on a horrid 1-of-9 clip from distance.

“Like what Coach Franz said before we went out in the locker room, he kinda told me to have to like… Step up my game a little bit because I haven’t been playing the way I think that he usually sees me play,” he lamented.

“I kinda took it a little bit personal.”

Against the UE Red Warriors on Wednesday, Ahanmisi regained his old lethal form. By the first half, he had already tallied 14 points. He then finished the game with 28 markers built on seven treys to lead Adamson to a 91-80 win over UE.

Beyond proving that he is more than ready for the next level, Ahanmisi also proved to his team that he can be their leader this season.

“I went out there and I tried to do what I was capable of doing.”