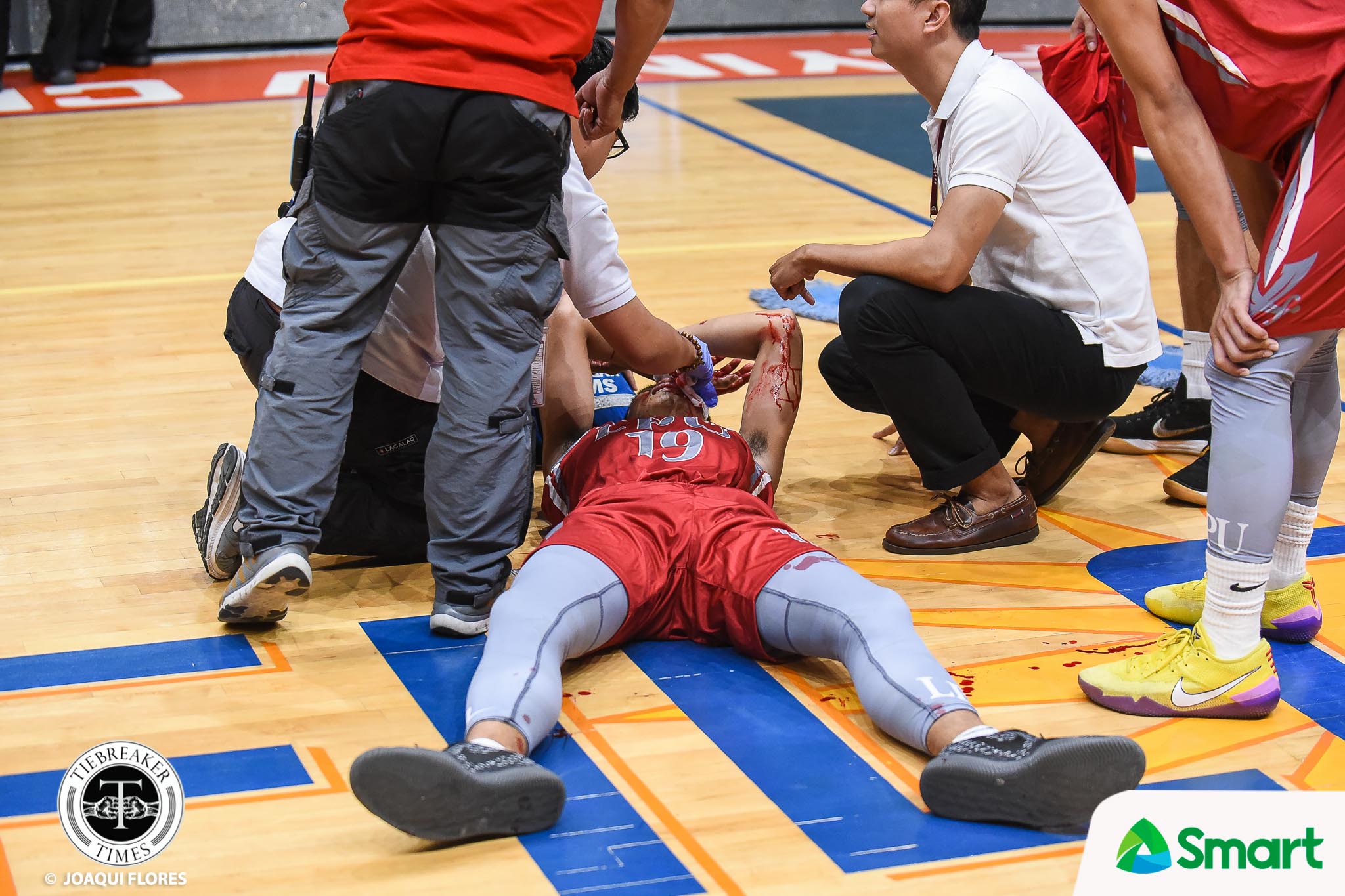 Topex Robinson and the Lyceum of the Philippines University Pirates had a bigger thing to worry about than their 30-game elimination round winning streak getting snapped.

With 8:35 left in the game, sophomore Jayvee Marcelino was caught in a tough screen by burly big man Rommel Mangalino. He crashed hard into the screen and caught Mangalino’s elbow to the face. The result was a tough image to paint.

Marcelino crumpled down to the floor holding the left side of his face. He was bleeding profusely, having a cut.

“We are more worried about Jayvee because of the cut,” Robinson expressed after Lyceum absorbed their first elimination round loss in 728 days, 83-81.

The Olongapo native was immediately rushed to St. Lukes in Quezon City.

Robinson and the rest of the Lyceum community are hoping that their sparkplug did not sustain a fracture.