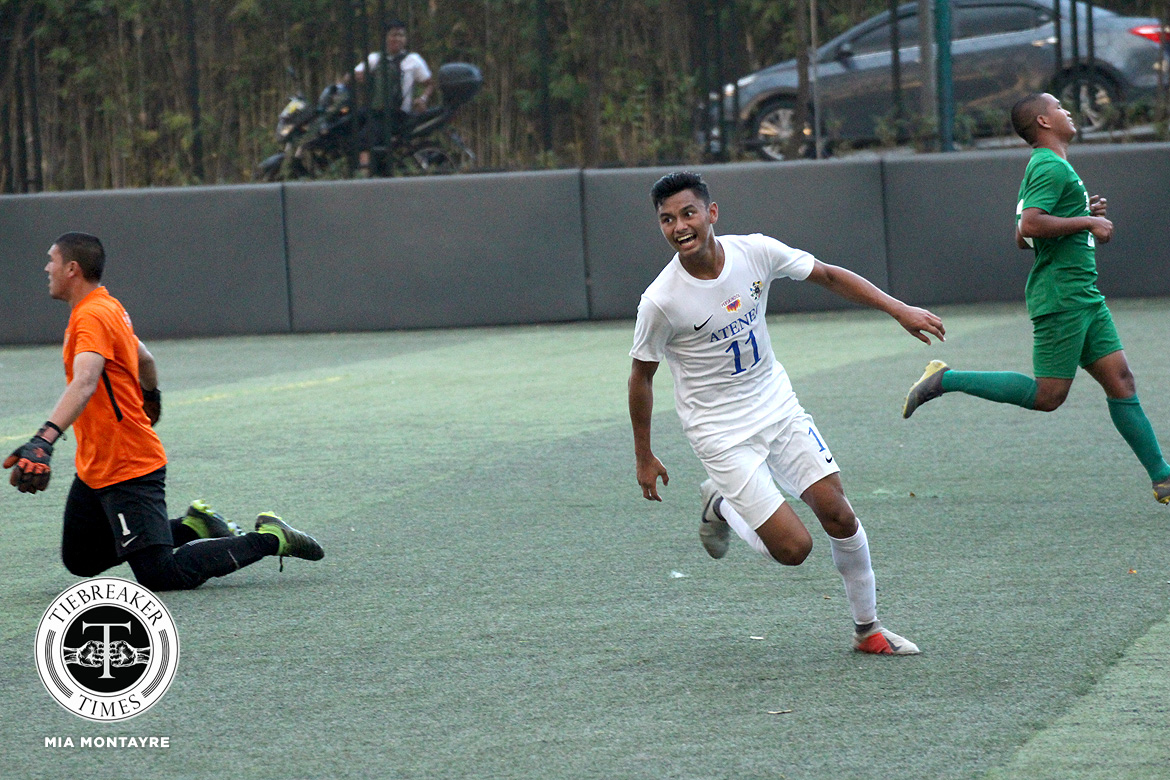 Revenge was oh, so sweet for the Ateneo de Manila University Blue Eagles.

With goals from strikers Jarvey Gayoso and Rupert Bana, the Blue Eagles avenged their first-round loss to the De La Salle University Green Archers with a 3-1 victory in the UAAP Season 81 Men’s Football Tournament, Thursday afternoon, at FEU-Diliman.

Jay Pee Merida’s men extended their winning streak to three games in the second round. The opposite was true for Alvin Ocampo’s wards, though, as they are still to win a match in the said period after as many fixtures.

The Green Archers started the game in the best way possible when midfielder Mauro Acot unleashed a long-range strike to score past Blue Eagles goalkeeper Jae Arcilla. However, that was as good as it got for La Salle, as the Taft-based school succumbed to the Blue Eagles’ bombardment.

Ateneo forwards Gayoso and Bana struck cool finishes in the 16th and 42nd minutes to turn the contest upside-down in favor of Merida’s men. Those were their eighth and seventh goal respectively for the season. Come the second half, the Blue Eagles and the Green Archers stood toe-to-toe with each other until the 71st minute.

Substitute forward Alfonso Montelibano, La Salle’s hero in both teams’ previous encounter, was ejected after he incurred his second yellow card for a foul on Ateneo defender Jeremiah Rocha. Beforehand, Montelibano received a caution after he and midfielder Nino Herrera clashed for the ball.

Despite being down to 10 men, La Salle fought to level the game. Unfortunately, Arcilla’s stops against rookies Mikio Umilin and Shanden Vergara kept the Green Archers at bay. Six minutes from time, Gayoso notched his brace with another fine finish past stopper Gab Villacin.