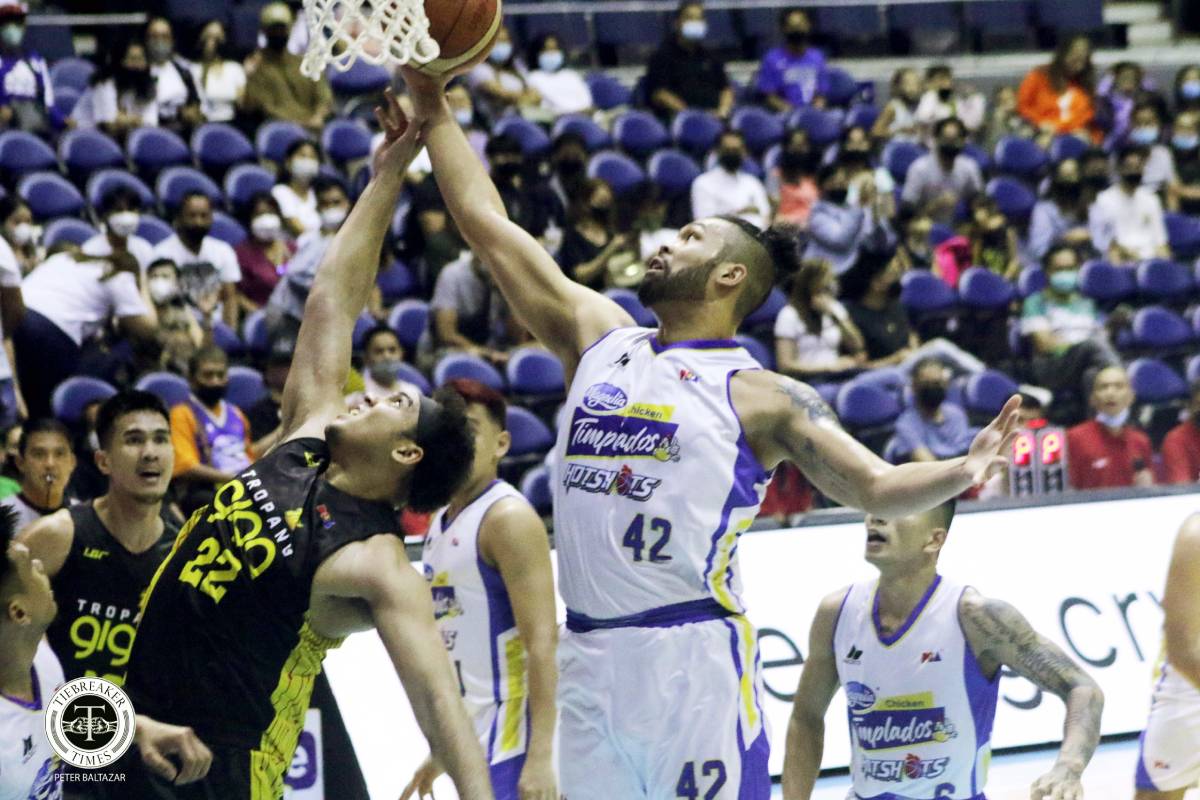 James Laput provided one of the few bright spots in Magnolia’s defeat to TNT in Game One of the 2022 PBA Philippine Cup semis, Wednesday.

Last year’s eighth overall pick came off the bench and submitted 12 points on a 5-of-6 clip from the field, together with eight rebounds and a steal as he made the most out of the 19 minutes and 40 seconds he was on the court.

The 25-year-old’s outing, furthermore, was of big help to Ian Sangalang, who played for over 43 minutes in the Hotshots’ 106-104 overtime victory over NLEX in the deciding Game Three of their quarterfinal encounter last Sunday.

It was actually Laput’s career-high in points. His previous record was 10, which he set in their 104-83 conquest of, coincidentally, ex-team Terrafirma last July 8. The 6-foot-10 center coupled his scoring output with seven rebounds.

So now, Victolero is looking at other ways to maximize the La Salle product as they try to equalize the series on Friday at the Big Dome.

Victolero, though, would want to see not just Laput show out against the reigning champions, hoping to see his own role players step up to the plate in an aim to go at par with the Tropang Giga’s own cogs.

He mentioned, in particular, Glenn Khobuntin, Kib Montalbo, and Matt Ganuelas-Rosser, who all contributed to TNT’s victory.

Khobuntin finished with 18 points and seven rebounds in over 33 minutes off the bench. Montalbo scored eight points, while the lengthy Ganuelas-Rosser chipped in two markers, three boards, and two blocks.

For Magnolia, aside from Laput and starters like Sangalang, Calvin Abueva, and Jio Jalalon, the only other player to provide in Game One was Aris Dionisio, who finished with a double-double of 14 points and 13 rebounds.

“We have to step up, especially my role players,” said the cager turned coach. “They need to step up. Para naman mabalanse din namin because they are role players like the Khobuntins, the Montalbos, the Rossers.