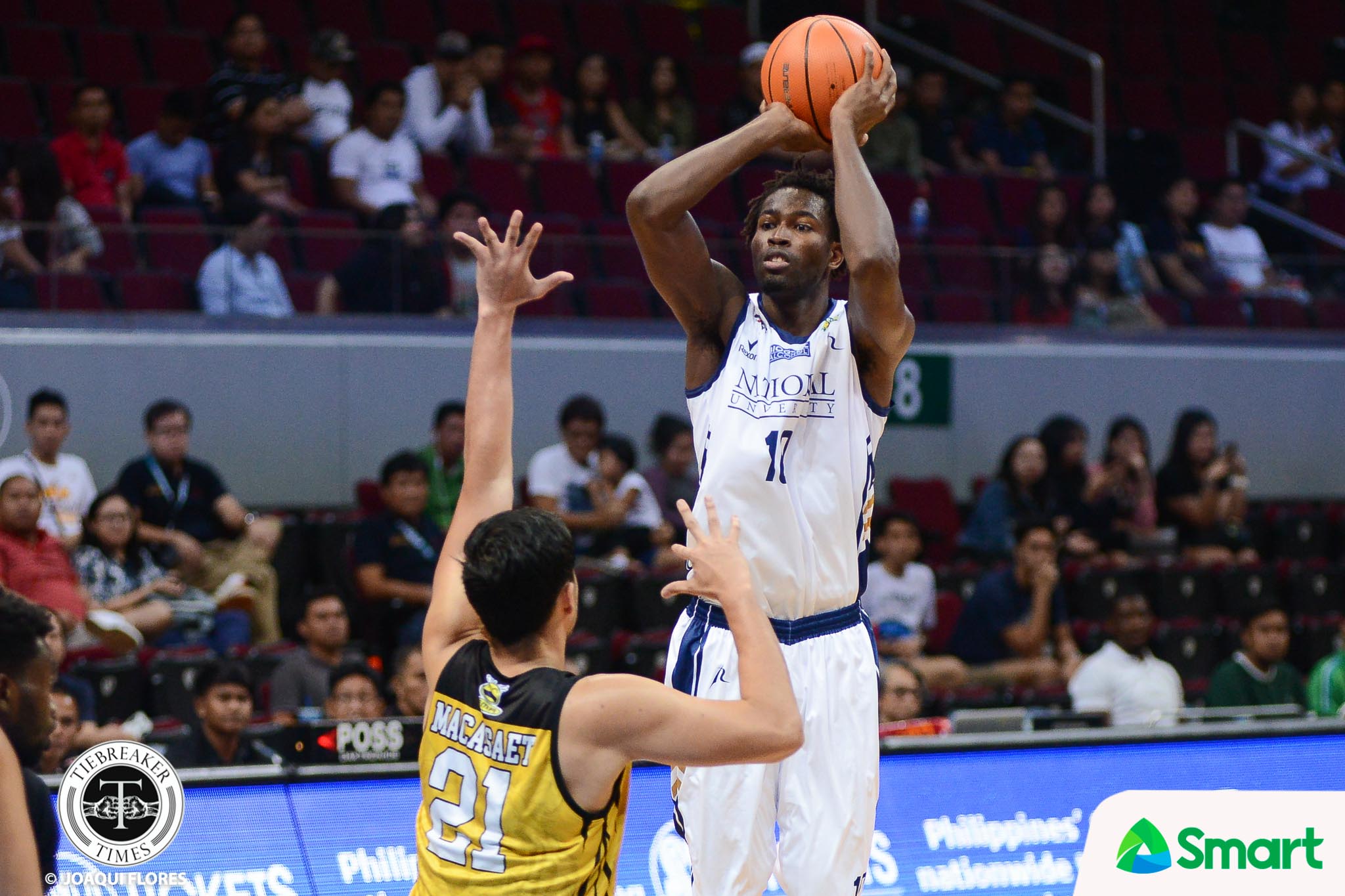 During the first two games of his UAAP career, Issa Gaye seemed like he was too excited to finally don National University’s colors after two years of waiting on the sidelines.

Too excited meaning he was overly-aggressive on the defensive end, committing 3.5 fouls per contest that limited his playing time to 18.5 minutes.

Knowing that the Bulldogs need him to be on the floor at all times, the 20-year-old Senegalese student-athlete made a promise to first-year NU head coach Jamike Jarin.

“He promised personally to me: ‘I will stay away from foul trouble'” Jarin relayed.

Wednesday afternoon, the 6-foot-8 big man was able to play his personal-high of 27.5 minutes to post numbers of 17 points, 13 rebounds, and two blocks, leading NU to a 94-84 win against the University of Santo Tomas Growling Tigers.

And Jarin gushed at how Gaye has worked hard for this moment.

“He’s just a joy to coach because he’s very humble, he does all the dirty works, he makes a lot of sacrifices, staying inside, protecting the rim,” shared Jarin.

For his part, Gaye was motivated to prove Jarin right, sharing that the former NCAA champion coach has been a father-figure to him.

“So I’m just doing my role in the team, which is getting the rebounds, trying to score if I can, helping in defense and block shots, that’s my role, and that’s what I’m doing right now,” Gaye said.

And safe to say, if Gaye can stay on the floor when needed, the Bulldogs will definitely go places this season.