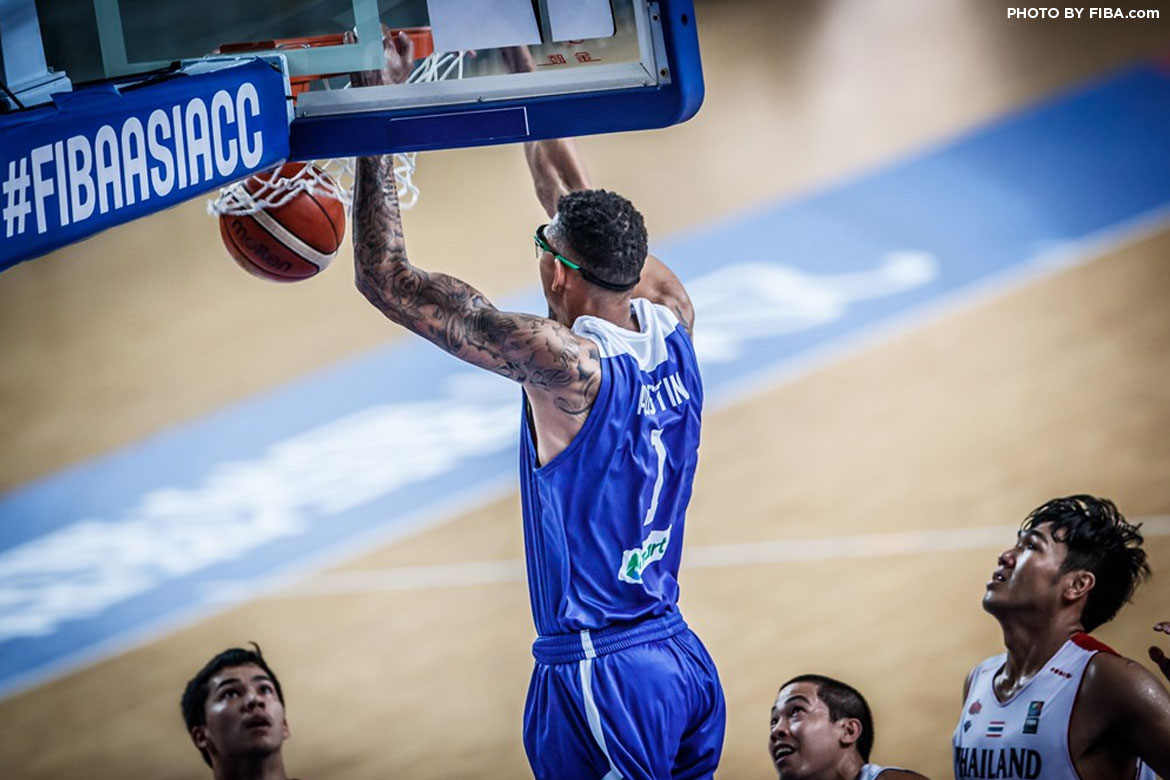 Isaiah Austin made sure to leave a lasting impression in the final day of the 2017 FIBA Asia Champions Cup, leading Chooks-to-Go Pilipinas to an 89-78 win over Thailand’s Mono Vampire to salvage fifth place, Satuday afternoon at the Chenzhou Sports Center in China.

Chooks-to-Go ended its first-ever campaign in club basketball with an overall record of five wins and three losses. The defeats had come at the hands of Sareyyet Ramallah and Petrochimi in the elimination round, and China Kashgar in the quarterfinals.

Still, Austin made sure that the Philippine club team ended its campaign on a high note, finishing with monster numbers of 37 points on 15-for-22 shooting from the field to go along with 15 rebounds, six assists, and six blocks.

And his points were timely, as Mono went all out in its finale as well.

Chooks-to-Go was up by as much as 11 points, 70-59, after an eye in the sky connection between Kiefer Ravena and Austin with eight minutes remaining.

Behind former Mighty Sports import Mike Singletary and Pairich Sekteera, Mono stormed back, going on a 13-0 run to cut the lead to just two.

But Austin, who scored 12 points in the final 10 minutes of the game, plowed through Mono’s defense, while Ravena and Jett Manuel provided the support to provide the strong finishing kick for Chooks-to-Go.

Ravena added 18 points for Chooks-to-Go, while Manuel scored seven of his 13 points in crunch time.

Jeron Teng missed the game due to an ankle sprain he sustained yesterday.

Singletary finished with 30 points and 12 rebounds to lead Mono but needed 27 attempts to do so. Filipino-American Jason Brickman chipped in 14 markers for the sixth place finishers.