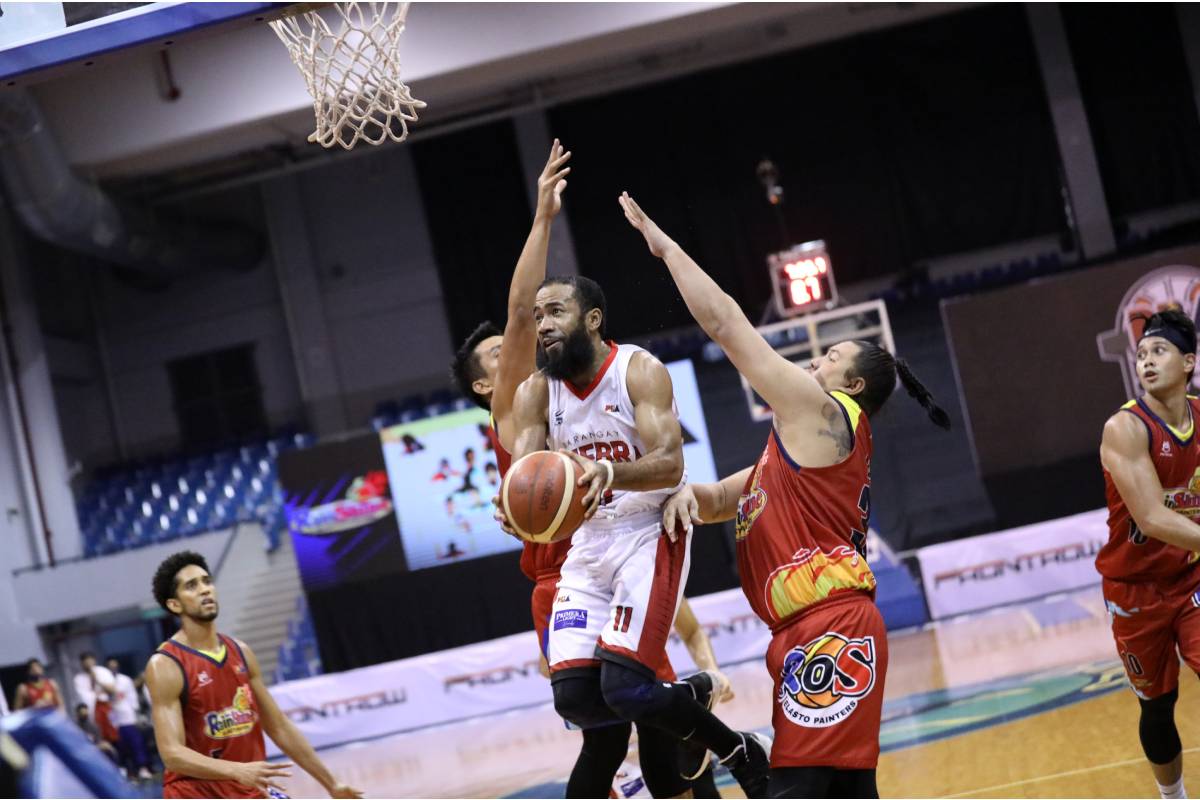 SMART CLARK GIGA CITY – After plenty of scenarios were thought of, Phoenix Super LPG finalized the seedings of the 2020 PBA Philippine Cup quarterfinals following its conquest of Rain or Shine Wednesday night.

The Fuel Masters, with the victory that saw them come from behind to finish with an 8-3 win-loss record, clinched the second seed to secure the coveted twice-to-beat advantage for the next round.

The format for this year’s all-Filipino wars is different from past ones given time constraints, following the same format used in the Governors’ Cup where the top four teams are armed with a win-once incentive in the quarters.

Entering the postseason as the no. 3 team will be TNT, followed by reigning, five-time champions San Miguel Beer at the fourth spot.

Coming in at fifth is Meralco, followed by Alaska at sixth, Magnolia at seventh, and then the Elasto Painters at eighth.

The teams ranked from third to seventh all sport identical 7-4 records. How did they all end up in their respective places, you wonder.

Among them, the Tropang Giga, who once sat atop the standings after a 5-0 start into the tilt, have the highest point differential with +27, aided by their big wins over the Beermen and the Aces.

The flagship MVP franchise could have actually clinched the no. 2 seed had the Fuel Masters lost by eight points or more, given that it had also scored a lopsided win over them back in Oct. 20.

Meanwhile, San Miguel is at +8. The Bolts, which are making their first Philippine Cup playoff appearance in half a decade, are at -3. The Aces are at -15, while the Hotshots, lastly, are at -17.

Rain or Shine fell to no. 8 at 6-5, which is definitely painful given that it had a real shot of securing a top four spot. It only needed to win by four points over Phoenix to do so — it led by as much 14, only to blow it up in the end.

With that, the Elasto Painters are now in a precarious position as they will face the top-seeded Barangay Ginebra San Miguel (8-3).

The Gin Kings clinched the top spot after their dominant conquest of the eliminated Terrafirma last Monday. Their status was never challenged even if Phoenix went 8-3 because of the winner-over-the-other rule.

Rain or Shine and Ginebra will play on Friday, Nov. 13, as the quarters commence. They will play at the 6:45 main-eventer, after the clash between San Miguel and Meralco that starts at 4:00 p.m.

The other brackets will be played the following day, with TNT taking on Alaska before the tussle between Phoenix and Magnolia.