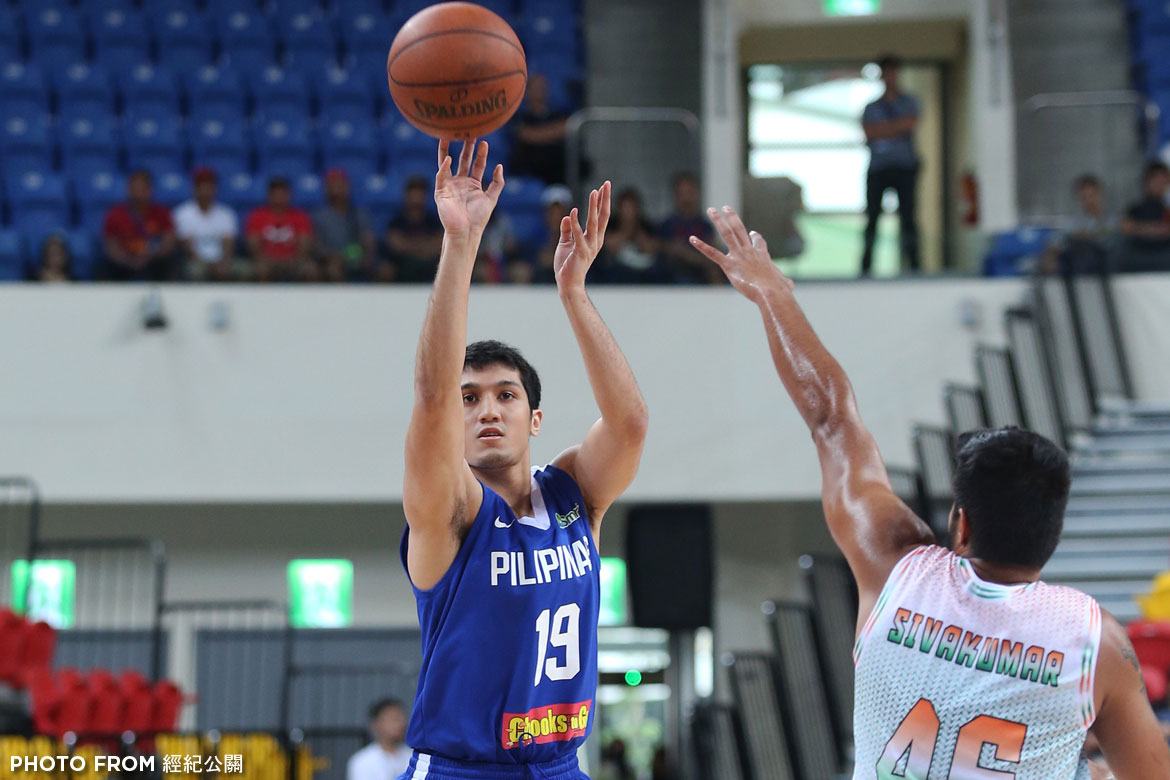 The win improves the Philippines’ record to 5-3 with a plus-47 quotient, keeping their bronze hopes alive. Iraq, South Korea, and Chinese Taipei-Blue, all sporting 4-3 slates, will still have games later in the day.

“We wanted to make sure we respect our opponents,” said Gilas head coach Chot Reyes. “We wanted to respect the game, so we made sure to come out with effort to show how much we respect India, as well as the ball game.”

Five players scored in double figures in the win, with Matthew Wright leading the pack with 19 points. Almond Vosotros and Von Pessumal each had 14, while Ed Daquioag and Christian Standhardinger made 10 markers apiece.

“It’s a great testament to my other players who don’t get much playing time to constantly be ready and come in and play well,” lauded Reyes of his team, particularly Pessumal and Vosotros, for their respective showings.

The Filipinos sizzled and torched the Indians in the second frame, erupting for 19 unanswered points concluded by a Mike Myers euro step lay-up to inflate a comfortable 22-point cushion, 46-24, with 5:29 on the clock.

From there, Gilas never looked back and sprinted the rest of the way. They even enjoyed a lead as wide as 37, 94-57, with 4:44 in the final frame after diminutive point guard Almond Vosotros exploded for 11 straight points.

Talented center Amjyot Singh carried India’s offensive load with 25 points on three triples, to go with five rebounds and two blocks. Jeevanatham Pandi was his only support with 14 markers, 10 rebounds, and two blocks as well.

The Philippines shot excellently from the floor especially from beyond the arc, nailing 17 of their 36 treys. Furthermore, they made 18 of their 36 two-pointers. Their passing was also on point as they racked up 23 assists.

The Philippines will try to cap off their Jones Cup stint with a bang as they face Iran tomorrow, Sunday, July 23, at 5:00 PM.