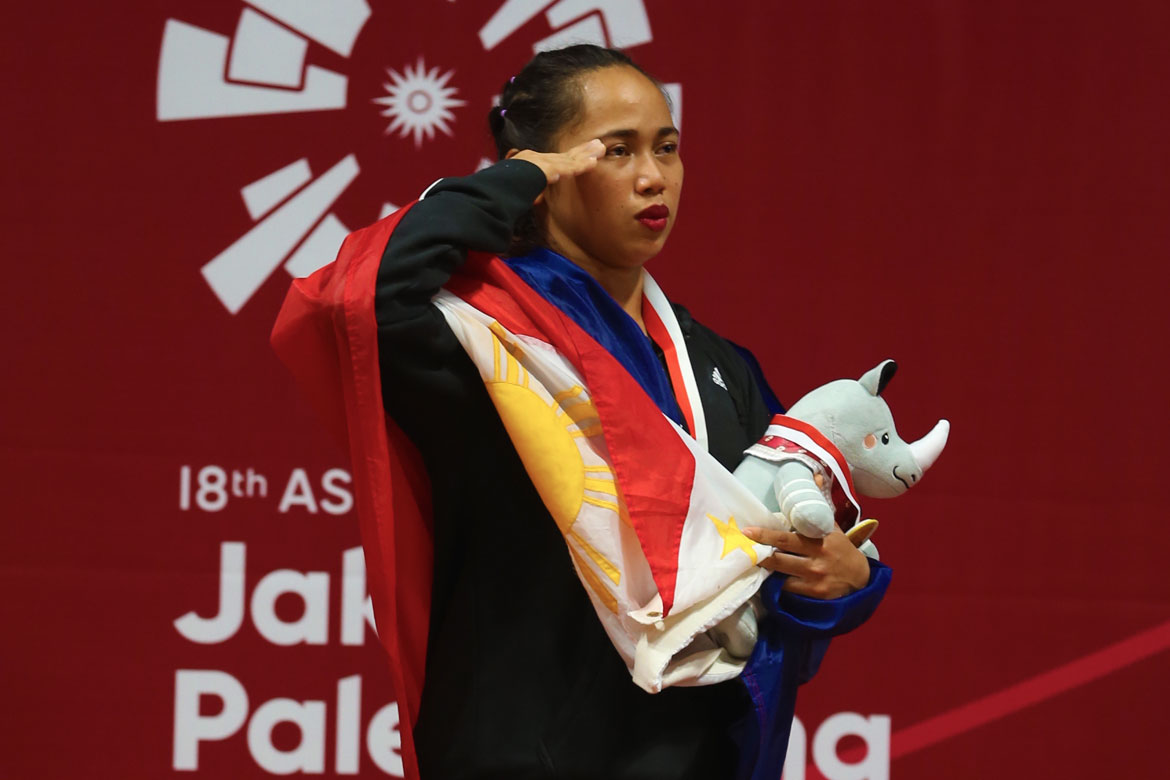 It’s been just three days since the 2018 Asian Games formally opened. But unlike the 2014 Games in Incheon, that saw the Philippines win its sole gold during the 12th day of the continental meet, Diaz won gold on just the third day.

The 27-year-old native of Zamboanga City took down the competition in the women’s -53kg event.

All it took was properly scouting the competition.

“The plan was to keep an eye on [Kristina] Shermatova, because the clean and jerk is Hidilyn’s strength,” disclosed coach Tony Agustin.

Shermatova was the same woman who denied Diaz the gold during the 2017 World Championships.

In her second attempt in the clean and jerk event, Diaz surprised her rival by lifting 115 kg – two kilos heavier than Shermatova’s attempt. 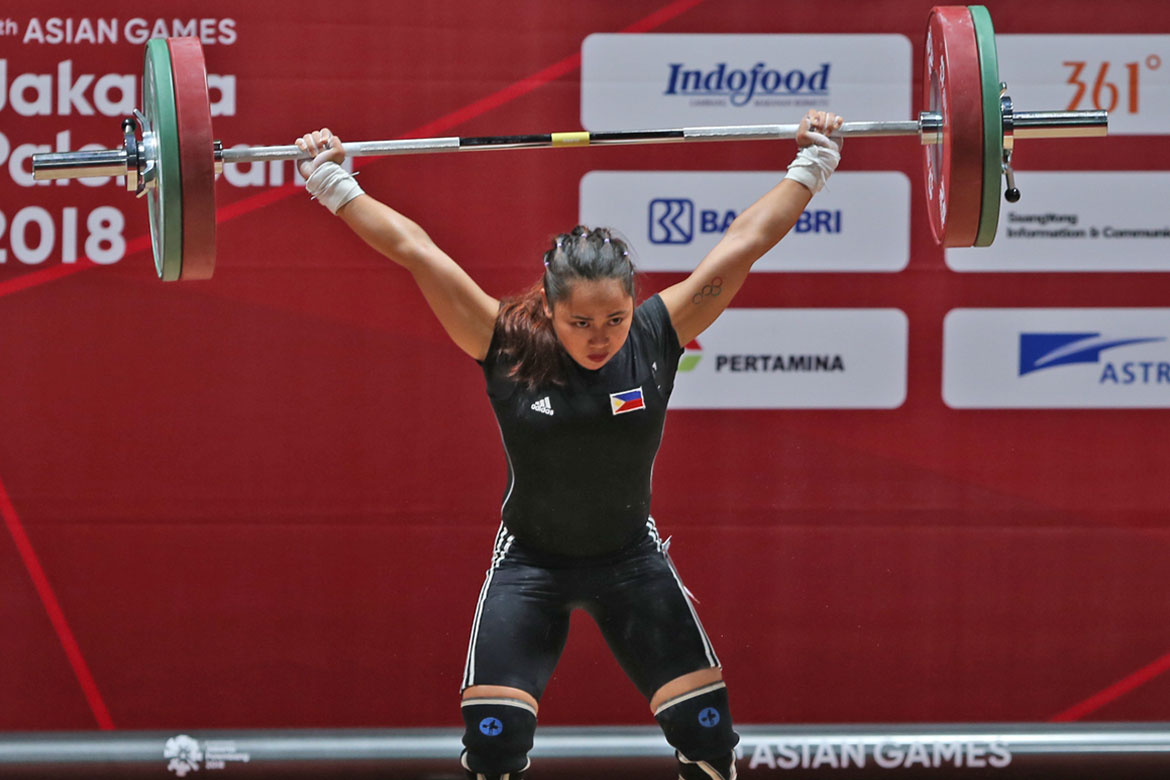 “Hidilyn has been lifting 115 in practice, so we were confident she would pull this one off,” Agustin added.

The Turkmen went for broke in her third and final attempt as she went for 116. She failed after a bad lift.

Diaz’s third attempt was just for show. She tried to carry a 117kg – a kilo shy of her record. But the joy overcame her.

“I learned I won the gold when she had a bad lift in her third attempt and my coaches started to jump for joy,” Diaz expressed.

Two years ago, no one had expected the enlisted Air Force personnel to even perform well in the Olympics, let alone finish with silver around her neck in Rio. In Jakarta, everyone expected her to win.

Come 2020 in Tokyo, she will once again carry the hopes of the country. And she believes that the Olympic dream is now a reality.

“I am grateful to God that He granted what all of us Filipinos have wished for,” she said.