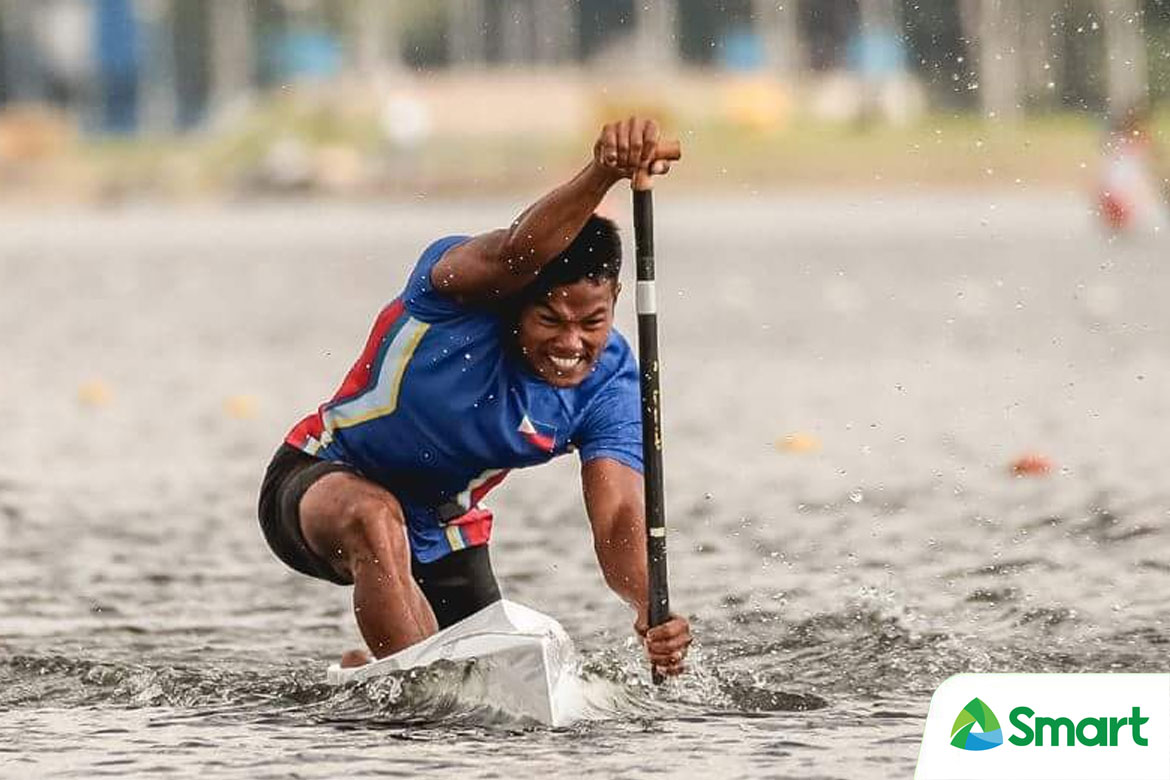 SUBIC — After missing the title in the 1000 meter, Hermie Macaranas made sure to take gold in the 200m to secure his first-ever Southeast Asian Games title, Saturday at the Malawaan Park, Subic Bay.

The 24-year-old finished the course at 43.60 seconds — just 0.150 ahead of Myanmar’s Win Myo Hliang for the championship.

At such a young age, he is already an accomplished rower. He was also part of the dragon boat team that won five golds and two silvers in the 2018 ICF Dragonboat World Championship.

Meanwhile, Duong Anh Duc of Vietnam rounded up the podium at 44.33.

This is the Philippines’ first gold in canoe in more than two decades.