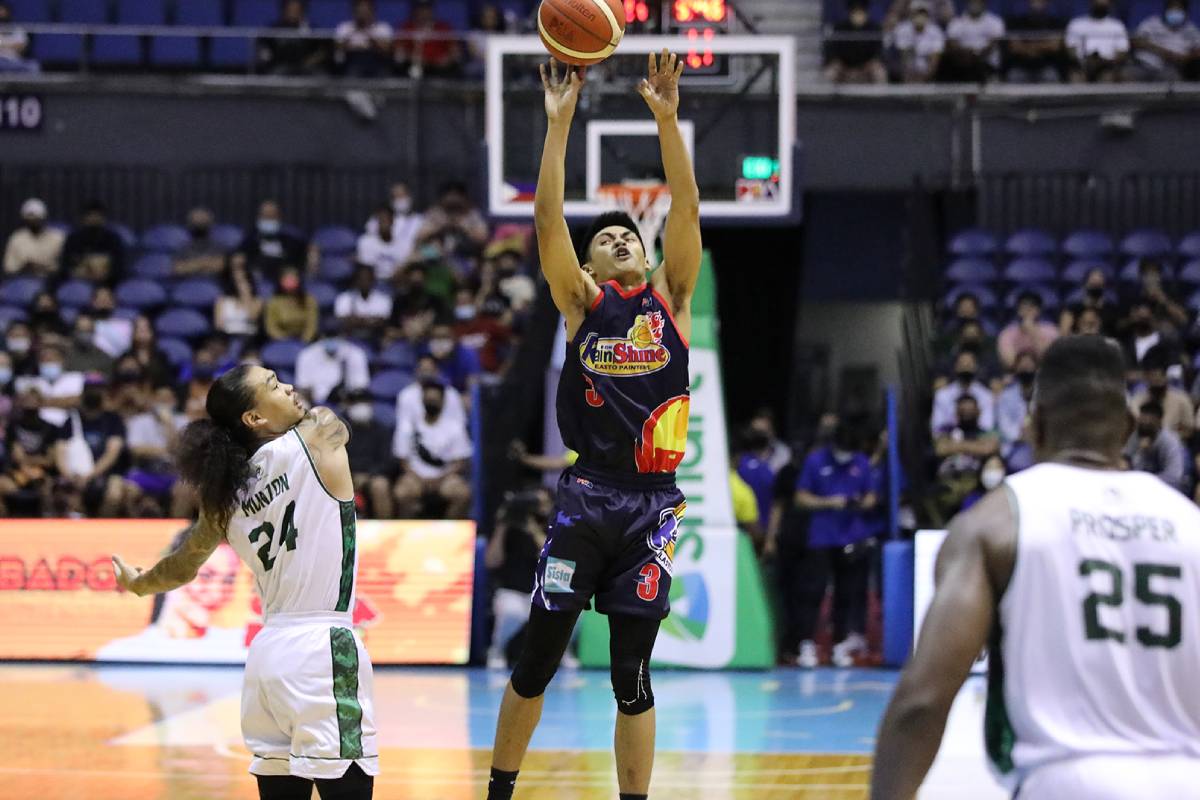 Gian Mamuyac wasted no time making a fine impression on Rain or Shine head coach Yeng Guiao during his first official game under the fiery mentor on Sunday.

Mamuyac, who missed the first two games due to a flu, made up for lost time against Terrafirma and put up 17 points — all in the second half — while collecting five rebounds, two assists, two triples and a steal in just 15 minutes off the bench in a 106-94 win for the Elasto Painters, their second in the 2022-23 PBA Commissioner’s Cup.

Most of his damage was scattered in the fourth quarter, where he fired 11 to help Rain or Shine gain significant separation from a Terrafirma side that hung around for three quarters before falling for good.

“He’s probably more known for his defensive abilities, pero naba-balance na. He can play both ends of the court. So that’s better, that’s good for us.”

Having built a name for himself thanks to his body of work on the defensive end during his collegiate career, Mamuyac has vastly improved his feel on offense, where he has showcased an improved touch from the perimeter — he shot 35 percent from deep on 3.4 attempts in his final year with Ateneo — while making tangible impact as a primary ball-handler in short spurts.

Mamuyac, though, said most of his focus remains on keeping a high level of activity on defense while taking advantage of the opportunities that come his way on the scoring end.

“Sa offense naman po namin it’s a free-flowing offense. It produces equal opportunities for everyone. Coming into every game, ang mindset ko lang po is I will be aggressive on defense and give whatever I can to my team both on offense and defense,” he explained.

It helps Mamuyac’s prospects for improvement that Guiao shares some similarities with Blue Eagles head coach Tab Baldwin in the way they approach the game.

Asked who from his past players closely resembles Mamuyac’s game, Guiao picked a mix of two franchise icons.

Mamuyac has a chance to build on this solid outing when Rain or Shine takes on San Miguel next week on Oct. 9, kickstarting a tough three-game gauntlet that will see the team take on perennial playoff contenders TNT and Meralco.