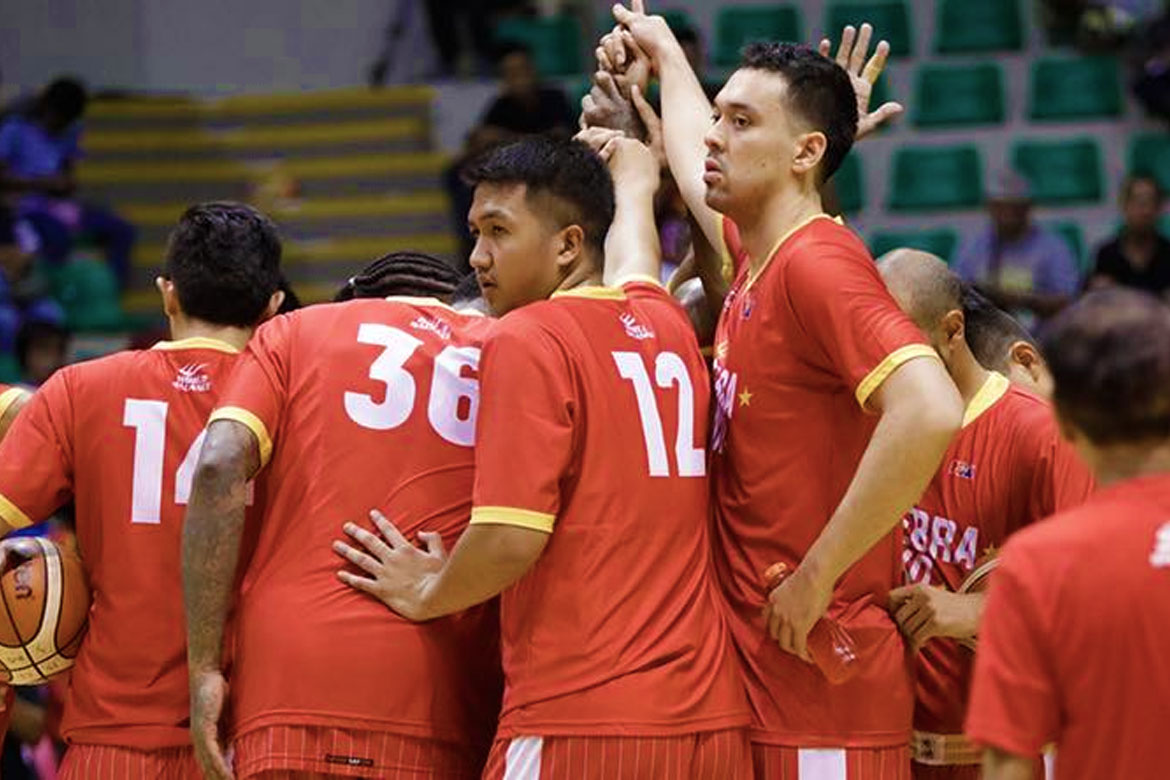 It was Tuesday afternoon, and the Barangay Ginebra San Miguel had just beaten visiting Korean ball club KCC Egis in a tuneup at the Upper Deck Sports Center in Pasig. Greg Slaughter could actually rest following a tiring game, but he did not.

Slaughter — who logged in long minutes in the friendly and finished with 18 points — did not head straight to the shower room like his teammates. He stayed for a few minutes and put in some extra work with assistant coach Kirk Collier.

“Look at him now. Look at him now. He’s right there. Game is over, everybody’s going home, [but] he’s still there working with coach Kirk,” said Ginebra head coach Tim Cone.

“He’s motivated. He wants to play. I’m really proud of him at this point.”

Meanwhile, the seven-foot slotman added, “Just trying to maintain what I was working on in the off-season. That’s only like fifteen minutes with coach Kirk. We still have a lot of practice, we’ve been doing twice-a-day.

“So I’ve been getting a lot of workouts with coach Tim, coach Richard [Del Rosario], coach Olsen [Racela], coach Freddy [Abuda] too. You know — helping me on defense. And you know [with] coach Kirk when I can on the side,” he added.

For Slaughter, these are things he does during the PBA’s off-season. The difference this time is the break heading into the 2019 PBA Governors’ Cup is much longer due to the FIBA World Cup, so he’s just maximizing it.

And more time means he has enough opportunity to get stronger and better.

It’s no secret that injuries have hounded Slaughter through the past conferences, which have proven costly for Ginebra as well as the national team. So for the former BPC, he sees this as a chance to be “comfortable playing again.”

“It’s kinda been my routine for the off-season in between conferences. It’s rare when we get time off in between.

“Just after going through a series of injuries, since my ACL, and spraining my left ankle really bad, and then repeatedly spraining it again when we went to Iran… I wasn’t able to play then, and then played on my next one. Now I finally get a chance to get where I wanna be, where I’m comfortable playing again,” he said.

Slaughter has visibly shed a few pounds — 30–35 by his estimate. For the 31-year-old, he is now in the best shape of his career, and that is good news for the whole Barangay.

“I’m like in the best shape that I’ve ever been in now. I’m light but I was still able to keep my muscles and just wanna keep building.

“I was about the same weight I was in my rookie year, but I definitely have more muscle now,” he disclosed.

All eyes will be on Ginebra in the upcoming Governors’ Cup since they lost their throne last year to the Magnolia Hotshots. For Slaughter, the goal is for the Gin Kings to return to the top of the season-ending conference.

And the 2013 first overall pick out of Ateneo de Manila will definitely be a vital part of that bid.

“Just like every other conference, ever since we won that first championship (2016 Governors’ Cup), we got that confidence that we can be there and we can win. That’s what we always aim for,” said the three-time PBA champion.

“From the first day coach Tim came on this team, he told us that we’re not just gonna be a team to win one championship. We want to be a team that’s built to win multiple championships,” added Slaughter.

“He stayed true to his word, and he’s been guiding us in setting that standard for us, and that’s all our expectations.”