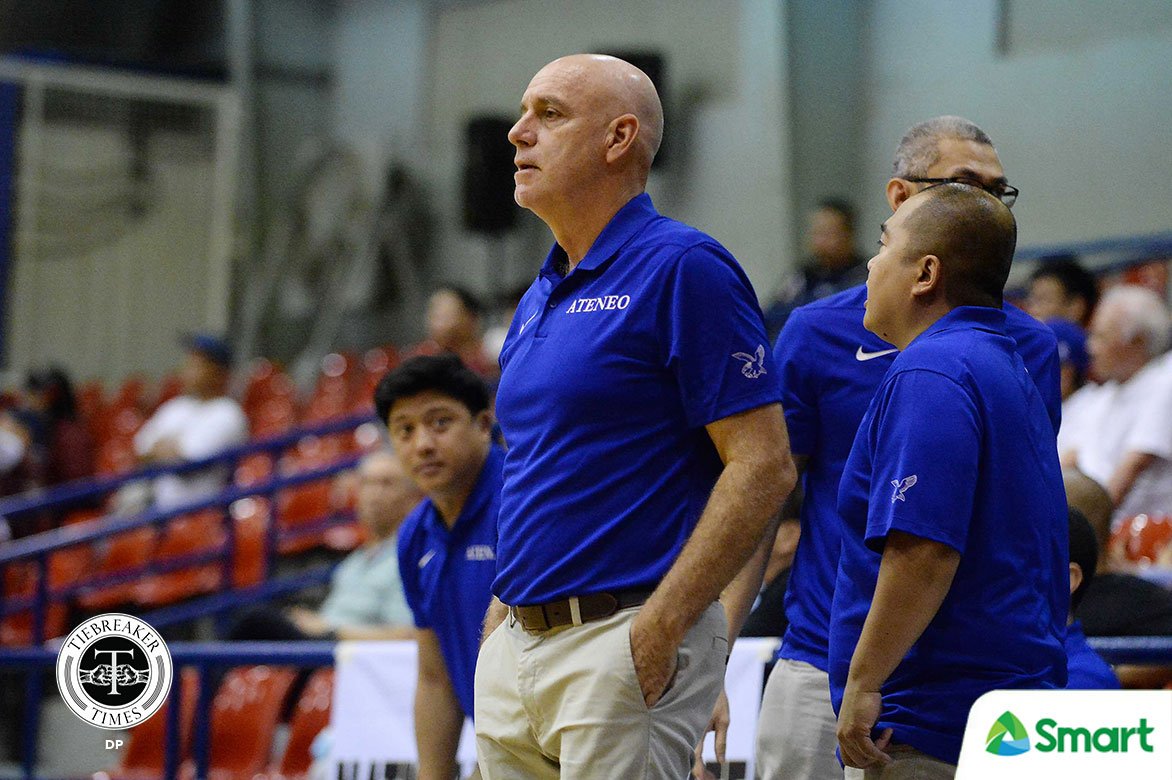 It would be best for Gilas Pilipinas to grow and develop into the best possible program it can be before bringing in a full-time coach.

“I think the easier thing to do is just not hire a coach right now, and let our program evolve and develop what we believe is going to be a very strong national team,” he said in the podcast hosted by coaches Charles Tiu, Anton Altamirano, and Paolo Layug.

The program is now gearing up towards the FIBA World Cup 2023, which the Philippines will co-host with Japan and Indonesia.

In fact, it has already begun its long-term preparations in January with the formation of a “hybrid” pool, a mixture of amateurs and seasoned internationalists from the PBA.

And the new batch of Filipino dribblers showed their potential when it blew past Indonesia, 100-70, in the FIBA Asia Cup Qualifiers’ first window last February.

Still, a full-time head coach has yet to be named. TNT active consultant Mark Dickel manned the sidelines for Gilas in the Qualifiers, but on an interim basis only.

Prior to that, Ginebra head coach Tim Cone came into the program as a “stop-gap measure”. He led Gilas in the 30th Southeast Asian Games, in which it won the gold.

The Samahang Basketbol ng Pilipinas has been searching for a coach since Yeng Guiao stepped down following Gilas’ winless campaign in the 2019 World Cup.

Unfortunately, the process of finding a new mentor has been stalled, no thanks to the novel coronavirus (COVID-19) pandemic, which has brought the world to a standstill.

But while the hunt continues, Baldwin reiterated his stance in developing the players first, with the help of well-experienced local coaches.

Earlier, Alex Compton has been tapped as a full-time assistant coach and will primarily handle the players’ training.

He won’t be doing it alone, though; Compton will have help from fellow coaches Topex Robinson, Sandy Arespacochaga, Dickel, and Baldwin himself.

And later on, they can bring in the coach and let him build the best possible team out of the pool of players he has, the former Gilas drill master added.

“And then, bring — hopefully — a very highly respected, very successful international coach in to say, ‘Alright, this is your pool. Let’s now select your team with you out of this pool and let you get busy building this pool into a world-class basketball team’.”

There have been coaches who have expressed interest in the Gilas coaching job, such as Angola head coach Will Voigt and ex-Australia chief mentor Andrej Lemanis. For Baldwin, though, whoever that next coach may be, what’s important is for him to be in accordance with what the program is trying to achieve.

“If we were to hire a full-time coach tomorrow, what would that coach do? I think we all have to ask ourselves that because there are no games. There’s no training for games. So, we would be hiring a coach to do either nothing or to do or interfere with what I’m doing. So, my job then would be to make sure that the coach that is hired is in absolute accordance with everything that I’m doing, so that that pathway would continue.”