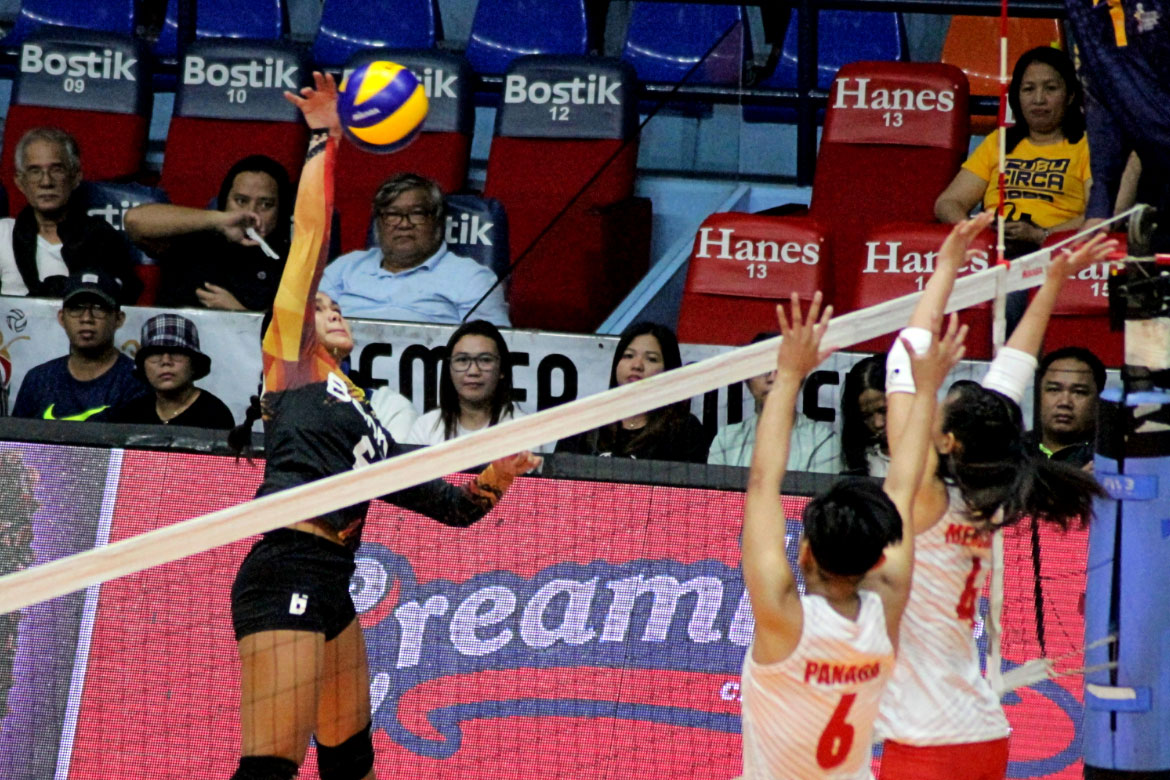 Behind the duo of Dzi Gervacio and Nicole Tiamzon, the BanKo Perlas Spikers fended off the Petro Gazz Angels, 25-20, 11-25, 25-21, 25-18, to jumpstart their campaign the Premier Volleyball League Season 3 Open Conference, Sunday.

From a precarious 19-18 lead in the fourth set, the Perlas Spikers took their turn punishing the opposition in a plethora of ways to mount a comfortable cushion. They also clamped down on defense, keeping the Angels scoreless in a 6-0 closing run to cruise to the win.

Eight players chalked up a point for BanKo. Dzi Gervacio led all scorers with 14 points to go along with 17 excellent receptions.

Though they controlled the tempo in each of the sets they’ve secured, the Perlas Spikers struggled to make things happen in the second set.

After bagging the opening salvo, BanKo floundered in the ensuing one, as Petro Gazz snatched momentum. The latter then uncorked a searing spree in the second frame to hand the former a 14-point drubbing.

On the other hand, Petro Gazz leaned on new pickup Jovie Prado on both offense and defense. She tallied 13 points laced with 13 excellent digs and 10 excellent receptions.

BanKo will try to book their second victory when they take on Air Force on Wednesday. Meanwhile, Petro Gazz will have a week to prepare to bounce back when they face Bali Pure on Sunday. Both matches will be played at the same venue.