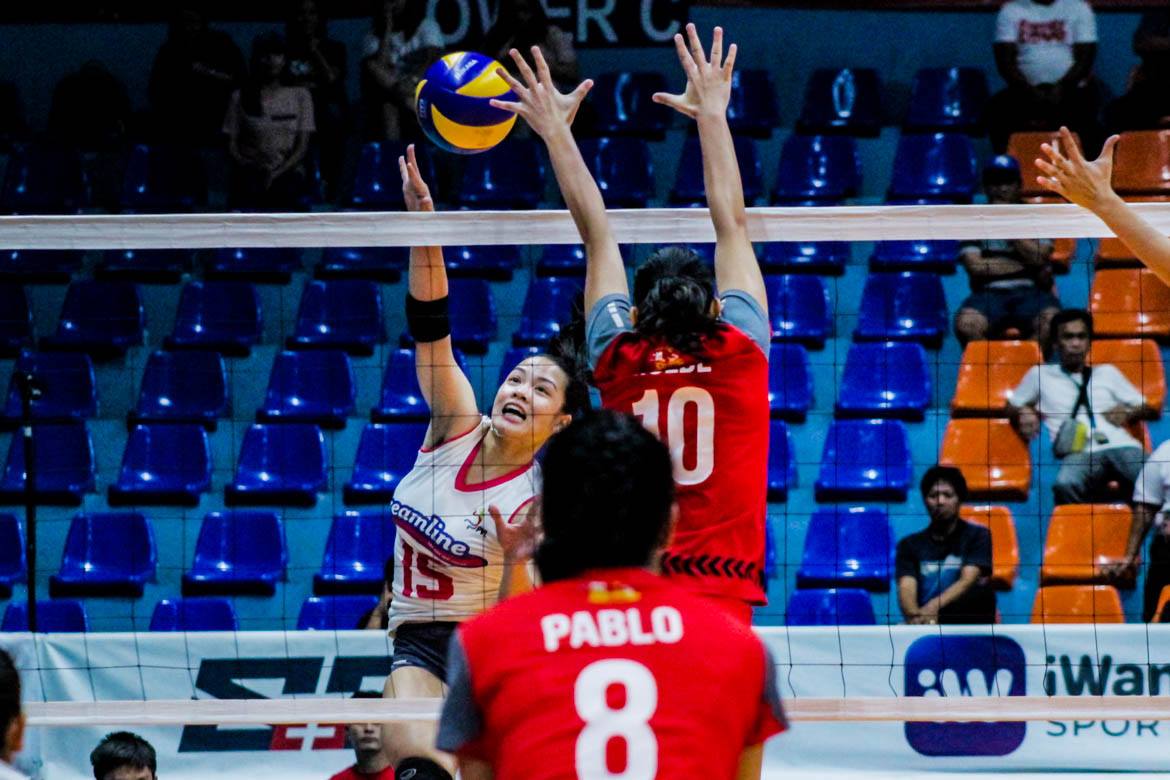 Leaning on yet another all-around brilliance from Jema Galanza, the Cool Smashers completed a rousing sweep of the preliminaries with a league-best 16-0 slate.

Galanza continued to step up in place of ace hitter Alyssa Valdez. She scintillated anew with 23 points built on 20 attacks and three service aces, while lacing her offensive output with 21 excellent receptions. Michele Gumabao complimented the former Adamson standout by chipping in 14 markers and 23 excellent digs.

Rosemarie Vargas and Pau Soriano accounted for eight points apiece. Vargas also flaunted her double-edged arsenal with 10 excellent receptions. Meanwhile, Soriano delivered the lethal hits in the fourth set, giving the Cool Smashers a 21-15 cushion which proved too much for Motolite.

Stepping up in lieu of Morado was Creamline back-up setter Kyle Negrito. The product of FEU dished out 23 excellent sets for the Cool Smashers, who rained down a 55-45 differential in attacks.

The Cool Smashers surrendered 32 errors, the bulk of which came in the decisive third frame that allowed Motolite to seize control with a 16-10 advantage.

The Cool Smashers still whittled down the deficit to one, 15-16. The quartet of Myla Pablo, Tots Carlos, Isa Molde and Jessma Ramos then tipped the scales to Motolite’s favor, keeping Creamline at bay, 22-19. Carlos nailed the differential hits amid the furious surge from the Cool Smashers as she put her squad at set point, 24-22.

But Gumabao and Soriano refused to back down from a tough challenge. The former pummeled a hit that went through Motolite’s block, which Soriano then followed with the equalizer.

Still, Motolite never wavered. Gumabao crumbled in the service area, misfiring on her attempt. Pablo then rose to the occasion as she ended a long rally with a thunderous kill to give her side a lease on life.

Pablo topped Motolite with 14 points, while Carlos and Aie Gannaban chimed in 11 and 10 markers, respectively. Carlos also had 21 excellent receptions to finish with a double-double in a losing cause.

Motolite ended the preliminaries with a 10-6 card.