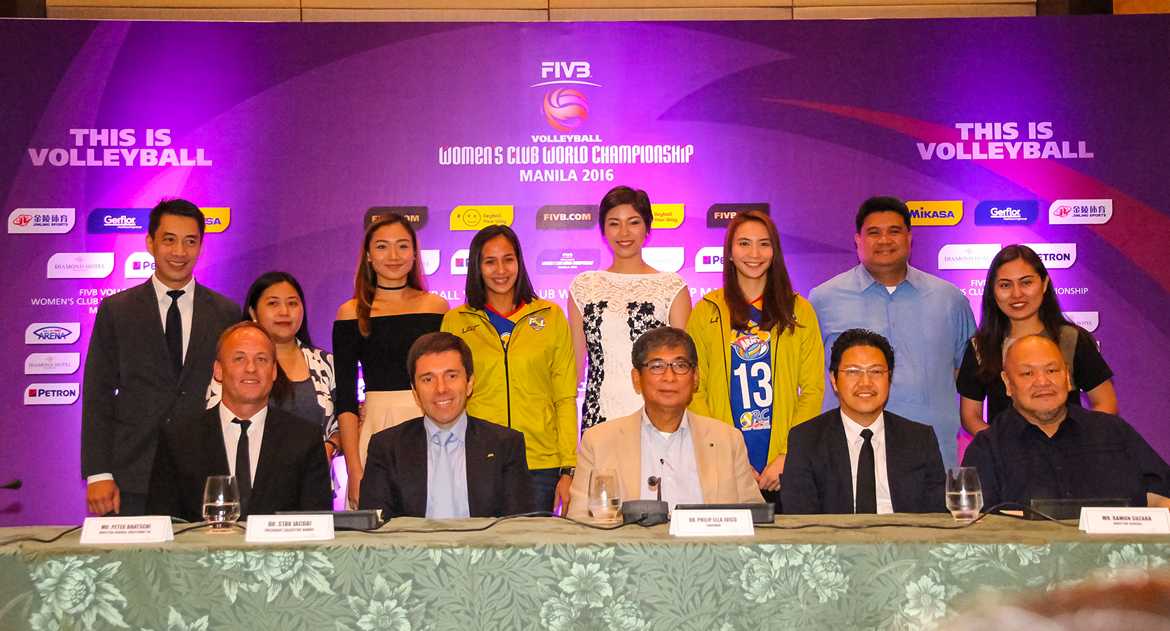 Local organizers are leaving no stone unturned in ensuring the security of the participants, fans and visiting officials for the 2016 FIVB World Cup Women’s Championship set at the SM Mall of Asia Arena in Pasay City, Philippines on October 18-23.

The Larong Volleyball ng Pilipinas, Inc. and the Philippine Superliga, the chief organizers of the event, received assurances from Philippine National Police Chief Gen. Rolando “Bato’ dela Rosa that the event, which will gather the eight best club teams from around the world, will be treated in a manner befitting an international political and economic conference in terms of security.

This was ensured by no less than PNP Senior Superintendent Romas Colet Apolinario, Deputy District Director for Operations of the Southern Police District, who was designated by Gen. Dela Rosa as among the security officials in charge of the WCWC delegates.

Also manning the welfare of the athletes, coaching staff, and officials of the International Volleyball Federation (FIVB) and the Asian Volleyball Confederation (AVC), which sanctioned the event which has Eventcourt as its international organizer, is PNP Senior Superintendent Joel Napoleon Coronel of the Manila Police District.

The athletes, coaches and VIP delegation for this prestigious event being held for the very first time in the Philippines will be staying at the Diamond Hotel, whose officials have also ensured an unforgettable stay to the delegates.

Senator Alan Peter Cayetano, the Local Organizing Committee Honorary President, said ensuring the security of the fans and participants was foremost in the plans laid out by the group.

“We will provide police personnel in all visible areas where the WCWC delegates will be playing, staying and event roaming around, including the malls where the delegates are likely to visit,” said Apolinario.

“Our orders from Gen. Dela Rosa is to treat this event the way we treated the recent Asia Pacific Economic Conference (APEC) and the Papal visit.”

The Philippines will be represented in the tournament by a mix of seven local players and seven reinforcements to don the colors of PSL-F2 Logistics Manila, led by Rachel Anne Daquis, the team captain.

Conference full of hope ends in another exit for Uichico, TNT