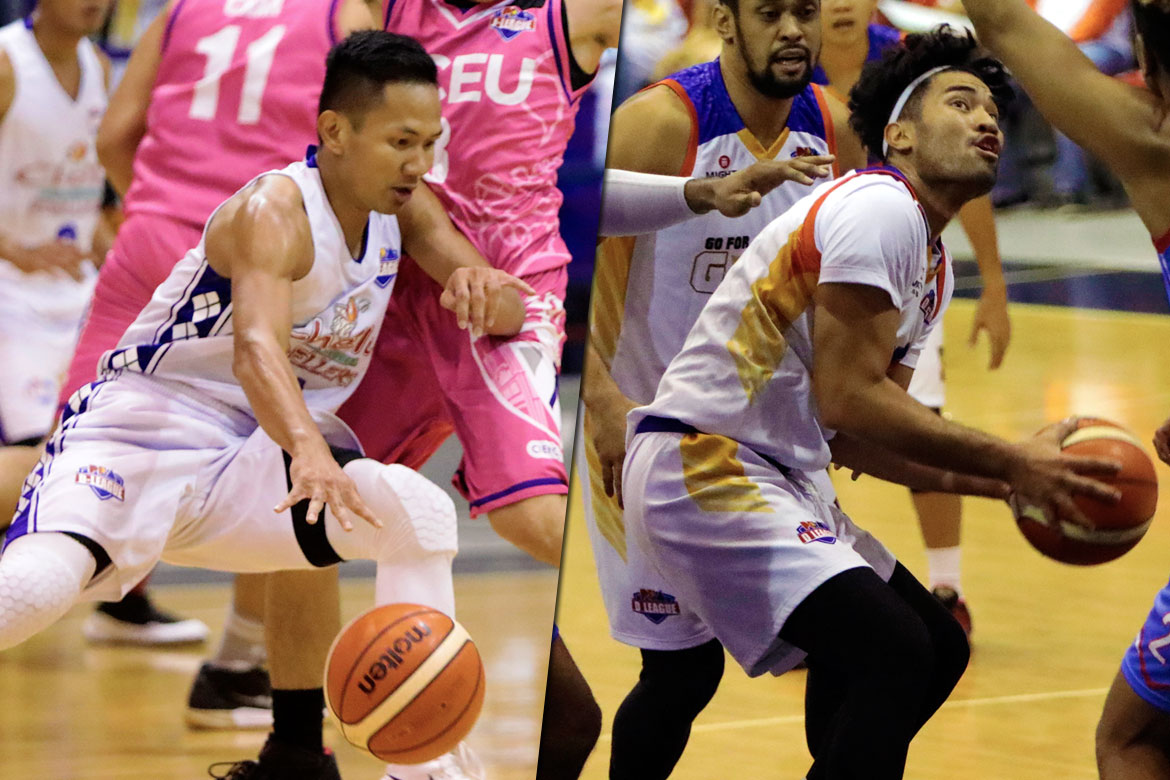 Two former PBA pros have proven that they are a cut above the rest in the race for the Most Valuable Player plum in the 2018 PBA D-League Foundation Cup.

Jeff Viernes, a player who went undrafted in the 2013 PBA Rookie draft, and Gab Banal, the 22nd overall pick in the 2014 draft, are leading the pack after the elimination round.

Viernes led the league in points after the double round-robin opening stage with 17.3 markers per game. The pint-sized guard tallied norms of 4.8 assists, 4.6 rebounds, and 2.0 steals per game to lead the Che’Lu Revellers to the top seed.

If ever Viernes or Banal pick up the MVP plum, it will mark the first time that the second league will award the crown to a former pro. Past winners include Allein Maliksi, Vic Manuel, Cliff Hodge, Ian Sangalang, Jake Pascual, Garvo Lanete, Kevin Alas, Ray Parks Jr., Mo Tautuaa, Mac Belo, Mike Tolomia, Robert Bolick, Raymar Jose, and CJ Perez – all of whom have yet to set foot in the PBA prior to getting the honor.

Other contenders in the race are Che’Lu’s Jessie Collado and Chris Bitoon; Marineron Pilipino-TIP’s Jorey Napoles and Trevis Jackson; and CEU’s Pierce Chan.

The Foundation Cup MVP will be crowned prior to Game 3 of the best-of-five Finals.