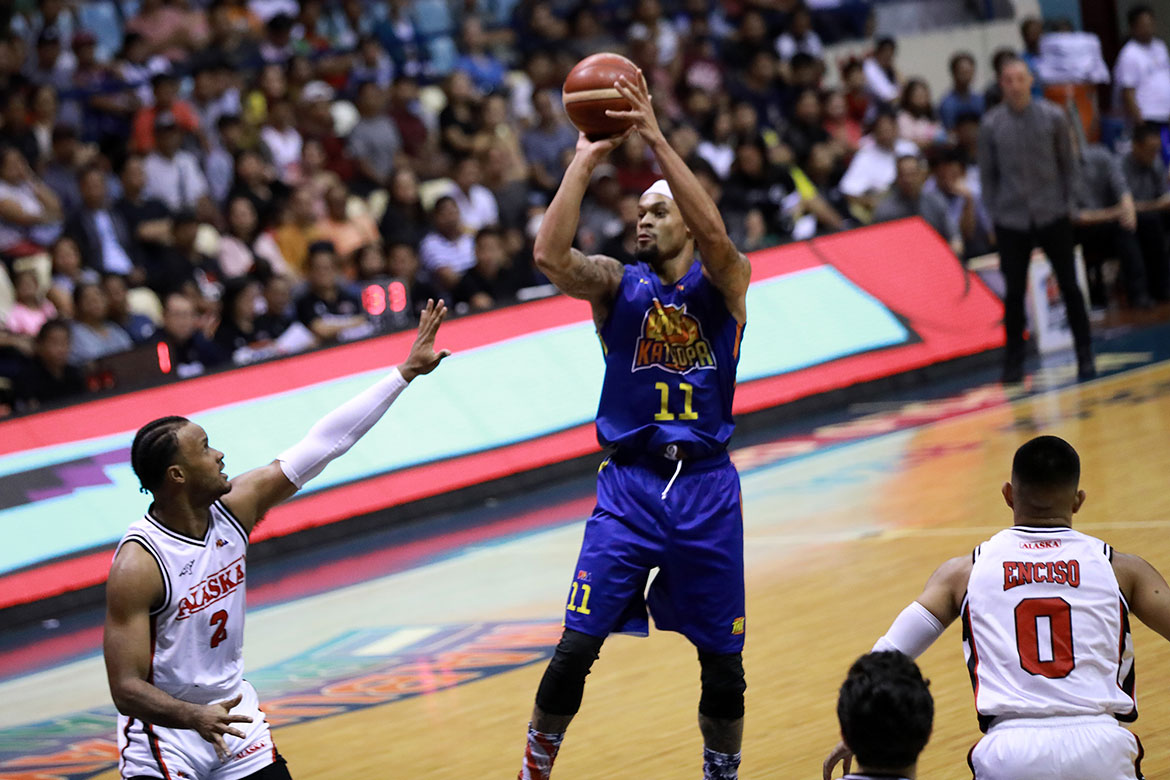 Things heated up between KJ McDaniels and Kevin Racal during the fourth quarter of TNT’s 2019 PBA Governors’ Cup meeting with Alaska, Friday evening in Antipolo City.

With 7:18 remaining in the game clock, Racal inadvertently hit McDaniels in the face when the former tried to defend the latter while bringing the ball down the court.

McDaniels didn’t like it, and so he warded off Racal. Shortly after, the referees called a foul on the Letran product, while slapping a technical foul for second motion on the former NBA cager.

For McDaniels, though, that only fired him up. And it definitely brought bad news to the opposition.

The 26-year-old forward took over for the KaTropa from that incident. He scored 16 of his 37 points — including eight in the overtime period — to tow his side to the pulsating 99-93 victory.

“Anytime anyone does that, it definitely puts a spark under me,” said McDaniels, who also had 13 rebounds, six blocks, five assists, and three steals.

“But I know it’s a competitive league and I was expecting that when I came here,” added the five-year pro out of Clemson. “Just gotta stay in my head and just keep fighting through and not react.”

The win also meant plenty for the flagship MVP franchise, since it extended their unbeaten run to seven.

Still, McDaniels tipped his hat to the Aces for the fight they showed. Alaska even opened the match with a 10-4 lead thanks to Jeron Teng, Chris Banchero, and Simon Enciso.

“They came out and fought against us. We expect that from each team, but they came out firing at us from the beginning. We just gotta stick together as a team, and we pulled through,” he said.

McDaniels also breathed a sigh of relief as they managed to dodge a bullet when MJ Ayaay’s potential game-winning lay-up with 3.2 seconds left in regulation rolled out of the rim.

“Oh man, it was a close call. Luckily it rolled out and I was able to grab it. It was a close one — we were lucky that he missed it. That was just a little luck on our part.”

Dimaunahan not worried about dip in Ray Parks’ scoring