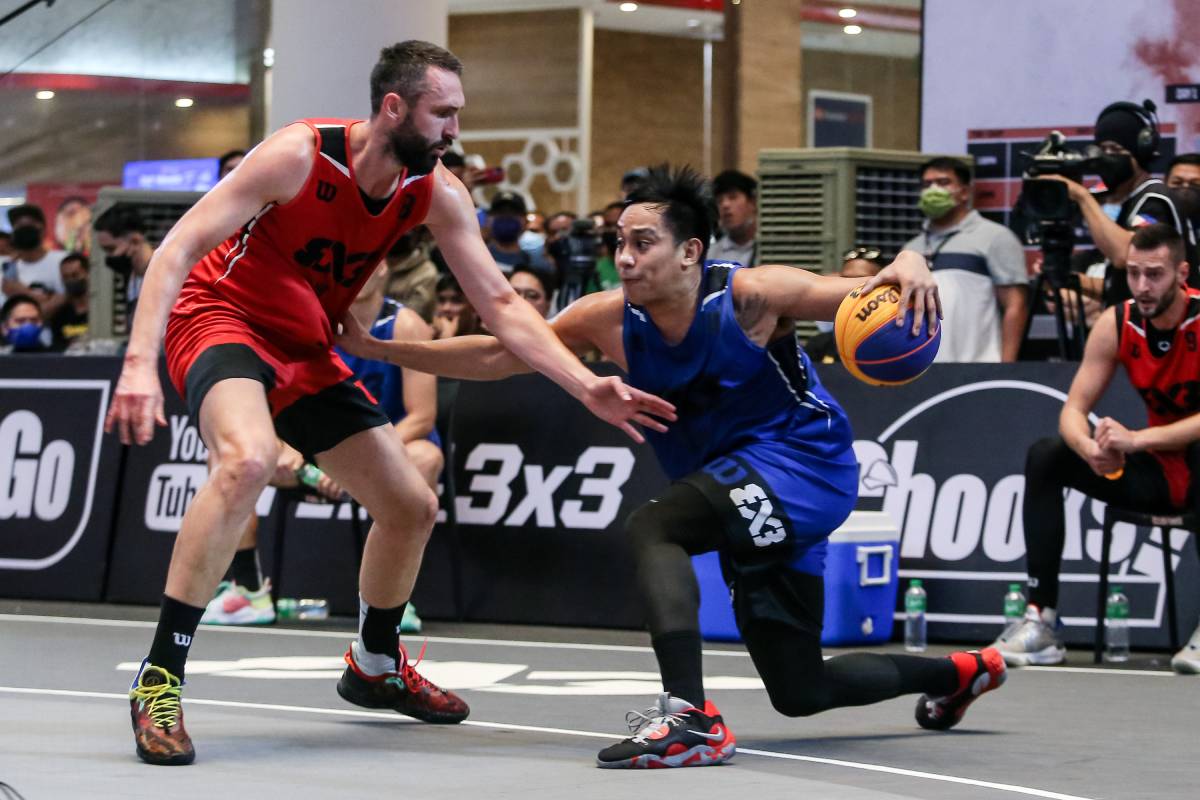 Mac Tallo strapped the home team on his back with 11 points in a dazzling showing that wowed the crowd, including one that saw him send the defense on the floor following a dribbling showcase that ultimately gave them an early lead.

The Philippines’ top-ranked 3×3 player went on to lift his side to a 14-12 advantage following a deuce from the right wing with 3:59 remaining.

Unfortunately, Tallo and Co. couldn’t sustain the momentum. The world’s no. 1 team went on to flex its experience, with Dejan Majstorovic leading the way.

The bemedaled halfcourt veteran responded with a two-pointer of his own, then scored a bucket inside to give Ub the 15-14 edge, 3:20 to play.

Tallo and Mike Harry Nzeusseu still tried to put up a fight, but there was no stopping Ub anymore. Majstorovic put his crew on the hill with a two-pointer before delivering the final blow through a lay-up with 1:08 left.

A member of the disbanded Novi Sad crew, Majstorovic powered Ub with 12 points in the win that gave them the early lead in Pool A (1-0).

The loss has put Cebu (0-1) in a must-win situation against Zavkhan MMC Energy of Mongolia later at 7:00 p.m.