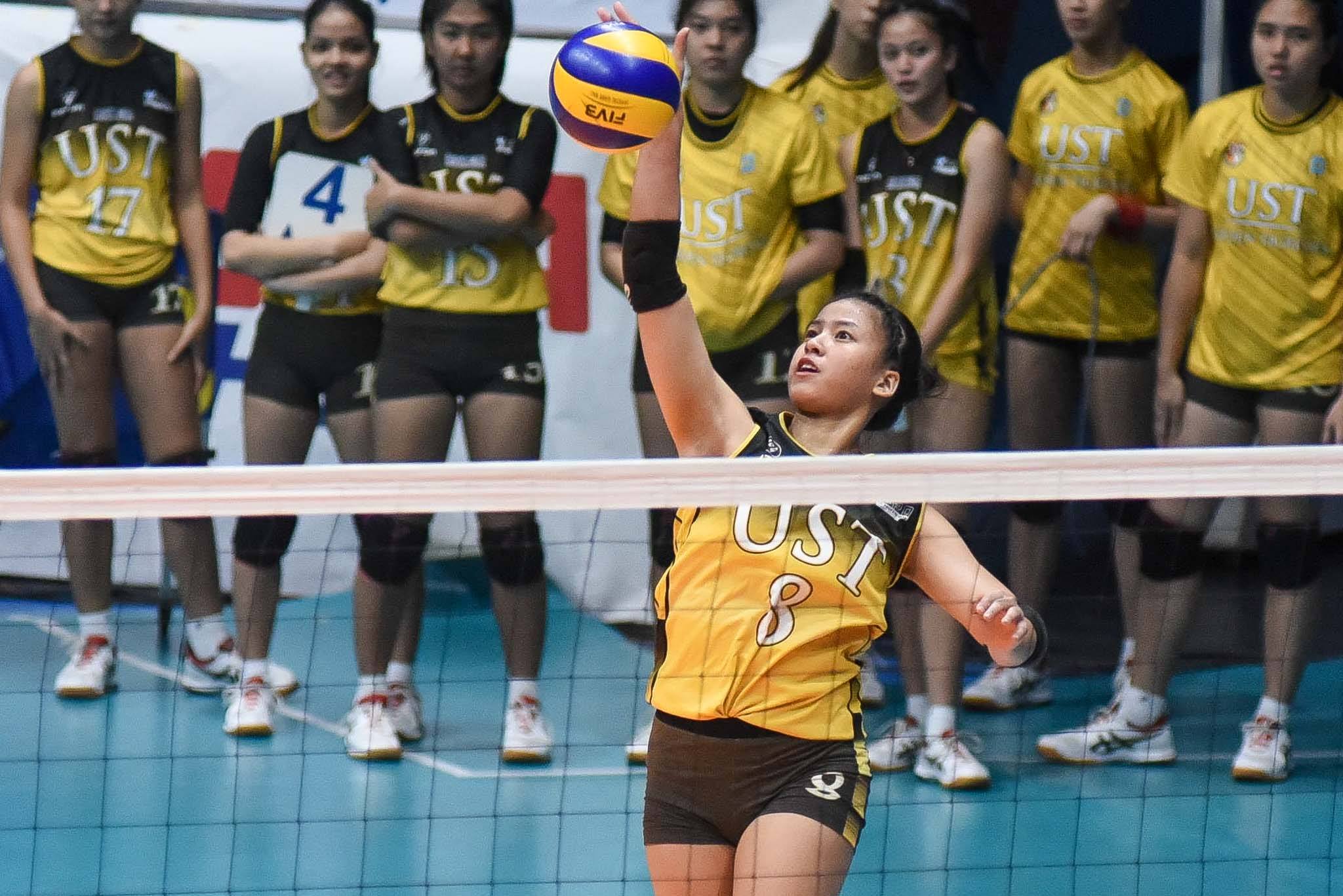 The University of Santo Tomas Golden Tigresses averted a meltdown by thwarting the comeback attempt of the Far Eastern University Lady Tamaraws, 25-14, 25-17, 10-25, 23-25, 15-12, in the 2019 PVL Collegiate Conference, Sunday at the FilOil Flying V Centre.

Flirting with disaster against the Lady Tams — who crawled back from a two-set mire — the Golden Tigresses got their act together in the fifth set.

Down by a solitary point at 9-10, Eya Laure fired an off the block hit. Rachelle Roldan followed with a differential attack of her own.

Imee Hernandez then joined in UST’s offensive barrage. She hammered down another off the block smash, before later roofing France Ronquillo to put her team at match point, 14-10.

Nette Villareal and Ronquillo then tried to give the Lady Tamaraws a lease on life. Unfortunately, FEU setter Gel Cayuna coughed a service attempt that iced the game for good.

Laure finished with a game-high 18 points built on 14 attacks, three service aces, and a block. She had 20 excellent digs to complete a double-double outing for UST, who punched their ticket to the semifinals with a 4-0 card in Pool B.

Hernandez poured in a pair of blocks and 10 attacks en route to 14 markers. Meanwhile, Roldan chipped in 10 points laced with 10 excellent digs.

On the other hand, the Lady Tamaraws are now to the brink of elimination, falling to a 2-2 slate — tied with Arellano in Pool B.

Ronquillo led the charge for the Lady Tams. She finished with 16 points in a losing cause.

UST will try to sweep the elimination round on Saturday, when they take on the Arellano Lady Chiefs. Meanwhile, FEU shall face the Lyceum Lady Pirates the day after. Both games will be played at the same venue.