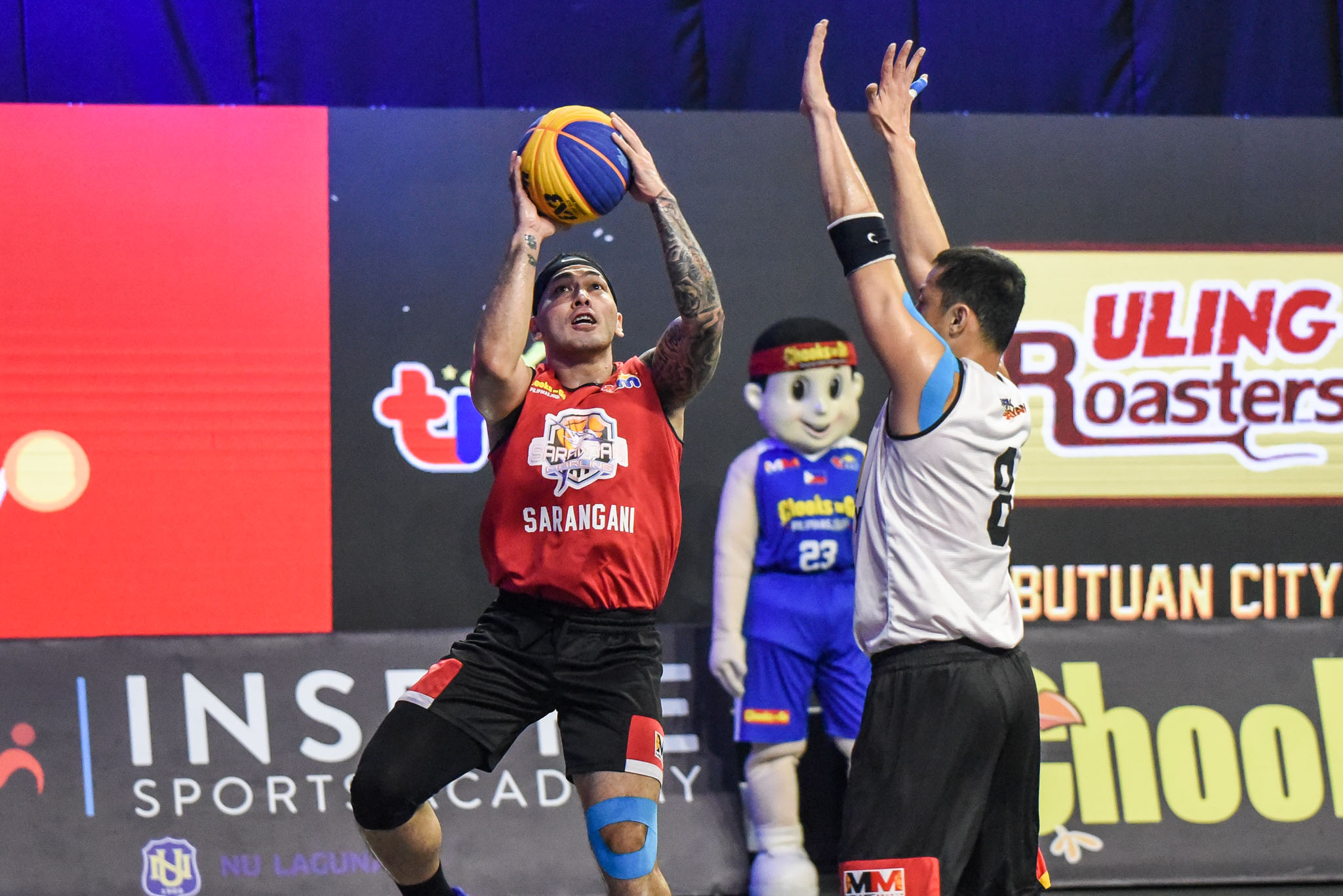 Carlo Escalambre and Pamboy Raymundo played a huge part in the upset victory.

Clinging to just a 19-17 lead, Escalambre drove to the lane for a tough layup to send the Marlins to matchpoint with 1:54 left.

A Karl Dehesa deuce gave life to Butuan City but off the inbound, Raymundo made a mad dash to the paint for the game-winner.

“Nakachamba lang. Gusto lang talaga namin makabawi kasi disappointing yung Leg Three namin. Nag-sweep pero tanggal nung playoffs,” said Escalambre as they enter another playoff in this tournament sanctioned by the Games and Amusements board and endorsed by FIBA 3×3 as a top seed.

Butuan’s Franky Johnson sat out the leg to prepare for the Grand Finals on Friday, October 30.

Meanwhile, Palayan City, who is coming off an overtime heartbreaker at the hands of Family’s Brand Sardines-Zamboanga City Chooks, vented its ire on Pagadian City Rocky Sports with a 21-6 (7:07) rout.

Big Boss Cement-Porac and Pasig-Sta. Lucia, on the other hand, punched their tickets to the next round as well.

Dylan Ababou had nine points for Porac who gave the Zamboanga Valientes an assist as well.

Ced Ablaza, on the other hand, had six points for the Realtors.

Nueva Ecija also made it to the next round by virtue of Pasig’s win.

Four more elimination round games, the knockout playoffs, and the TM side events are taking place as of publishing.