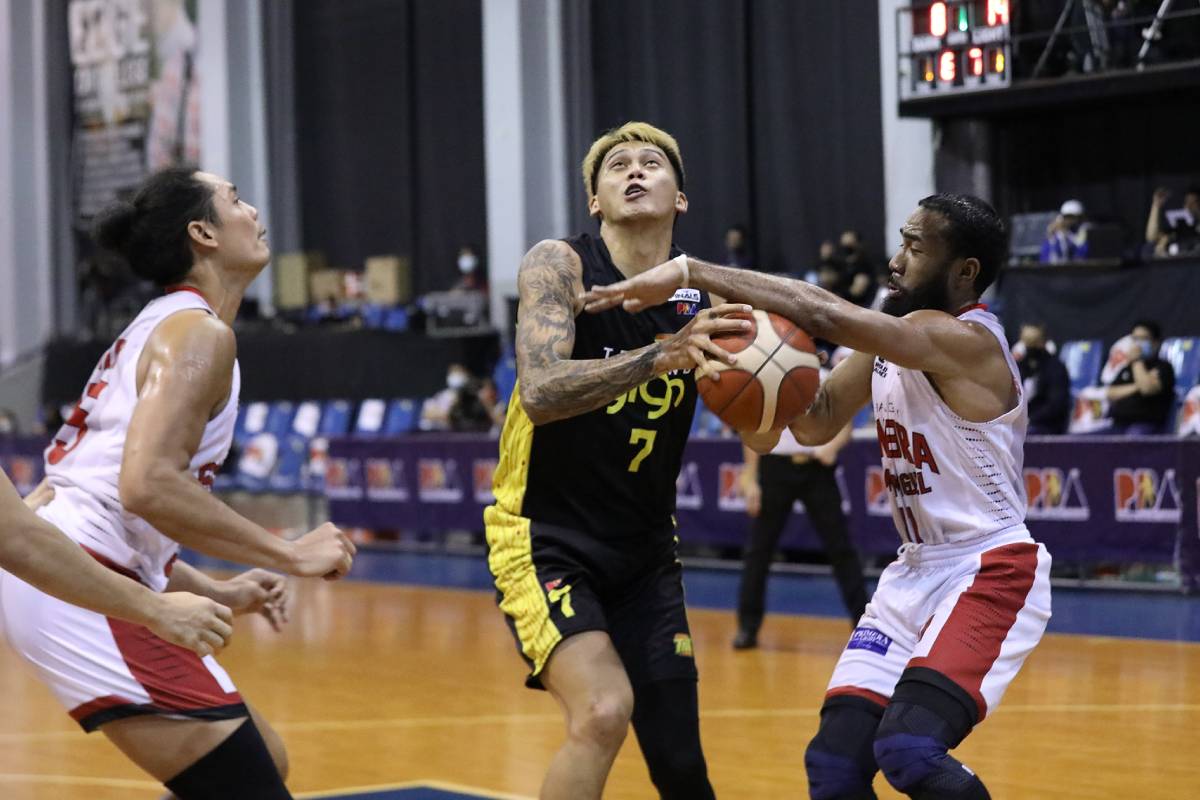 Rosario finished with 15 points on 7-of-9 shooting from the field on top of three rebounds, two blocks, and a steal. Erram, meanwhile, notched a double-double of 12 markers and 14 boards, along with three dimes and two swats.

The Tropang Giga won convincingly, 88-67, to avoid dropping to a dangerous 0-3 hole in the race-to-four series.

Those were the best performances from the two talented bigs so far in the Finals following sub-par outings in the first two games.

Rosario struggled in the semis versus Phoenix Super LPG, only averaging 6.6 points in that best-of-five tiff. Then he scored just a total of 19 points in Games One and Two and shot just 7-of-17 from the floor.

Erram, meanwhile, actually averaged 10.5 points and 10.5 rebounds in those games but struggled with personal fouls. He committed four in the first game, then got called for five the following match.

Ravena admitted that pressure had gotten the best of both young stars. Now, he feels proud to see them at their best in the important game.