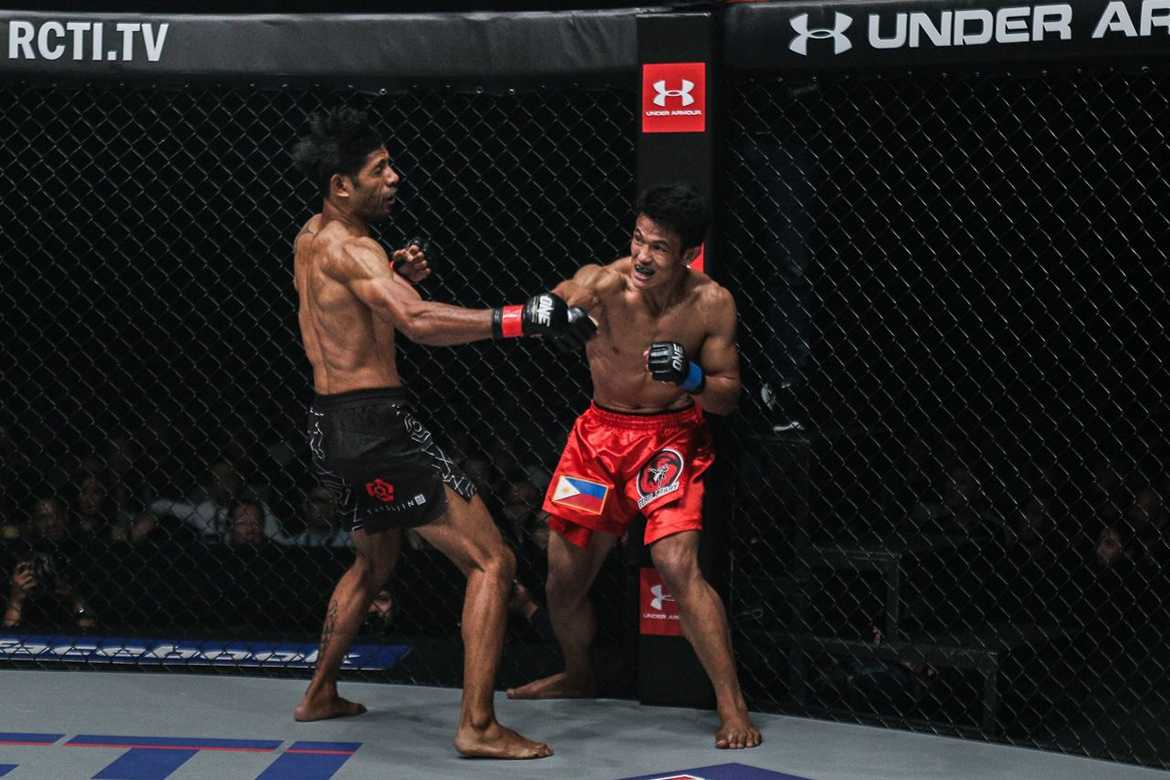 Edward “The Ferocious” Kelly’s favorite moment inside the ONE Championship Circle might come as a surprise.

The hard-hitting Filipino has had many notable victories since joining the promotion in 2013, with standout wins over Sung Jong Lee and “The Terminator” Sunoto, and his 21-second knockout victory over Meas Meul.

But for the 36-year-old, one win stands out from the rest.

“I know I have a lot of good memories in ONE, but my match and win over Vincent Latoel is the one that really stood out to me,” Kelly said.

“The atmosphere in that match was amazing. I was in Indonesia. No one believed that I could win, but I won anyway despite the odds against me.”

Kelly met Latoel back in August 2016 at ONE: Titles and Titans with the hopes of scoring his second-straight win in The Home Of Martial Arts.

Though Kelly was coming off a win himself, Latoel came in as the overwhelming favorite.

Before that match, the Dutch star shared the Circle with eventual ONE Lightweight World Champions Kotetsu “No Face” Boku and Eduard “Landslide” Folayang, giving him an experience advantage.

But instead of cowering in the face of his battle-tested opponent, Kelly came through.

“I knew it was going to be a tough fight. There were times when I felt like I was going to lose because the majority of the people were expecting it,” Kelly said.

“But my warrior spirit came through. I turned the negative things into motivation, and I trained really hard for it. I was rewarded with a win and a KO bonus.”

The finish came in explosive style for the Filipino star. As Latoel leaped for a flying knee, Kelly countered with a left hook and a right cross to knock the rushing Dutchman out.

The finish set the tone for Kelly’s career in The Home Of Martial Arts, as he scored bigger wins moving forward.

“It gave me a lot of confidence, so that’s my favorite win since joining ONE back in 2013,” Kelly said.

“It also gave me a lot of lessons, like getting the proper mindset and preparing for any fight or opponent.”

How The Value Of Respect Made Edward Kelly A Better Athlete