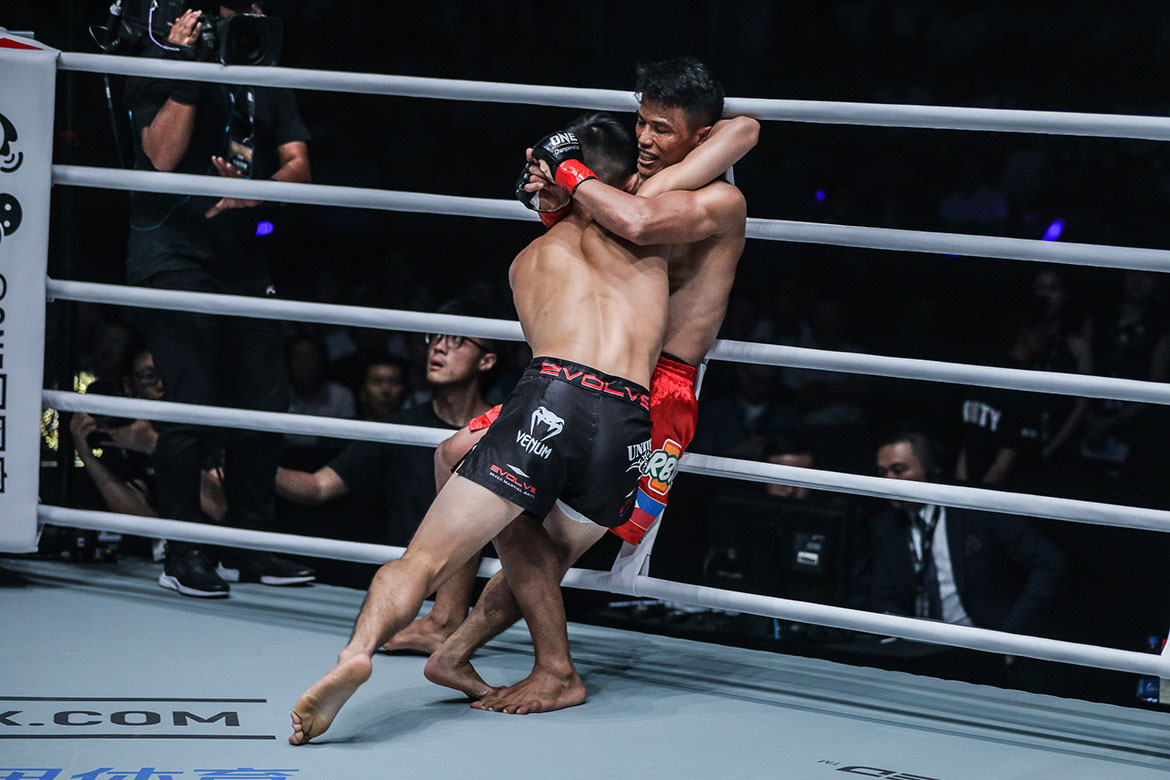 Emotions will be at an all-time high when Edward Kelly and Christian Lee square off once again in a ONE Championship cage.

The two warriors have unfinished business between them, which will be settled once and for all when they lock horns anew in ONE: Eternal Glory at the Istora Senayan on Saturday, January 19.

Kelly won the first time he faced Lee, although that did not come without controversy.

Facing off for the first time at ONE: Beyond the Horizon last September, the referee declared Lee’s suplex an illegal move, giving Kelly the victory via disqualification in the first round.

Though raring to go at it, both men know that they are gonna have to control their emotions the moment the opening bell rings.

“I plan on leaving all emotions outside the cage,” Lee said. “When I go in there, I’m going to treat it like any other fight. I’m going to go out there and execute my game plan, and I plan on finishing him in the first round.”

Like Lee, Kelly will be treading this match very carefully, understanding the Singaporean’s strengths, and trying to use it against him.

“We know that Lee is aggressive and he likes to finish people. But against me, he won’t be able to get that easily. Of course, I’m going for the win as well. The pressure is on us, but we need to stay focused,” said Kelly.

“I’ll try my best not to get trapped in those submissions. I think his aggressiveness could also be his downfall. I added some additional skills and escapes. Let’s see how effective it will be in the match.”

Given the result of their first match, Kelly’s anticipation of Lee is pretty accurate, with the 20-year-old Evolve MMA standout looking to get his point across in this fight.

“I feel absolutely in my heart that I won the fight by TKO, but it is what it is. You can’t change that, “ Lee said.

“It will forever show that Edward Kelly has a win over me, and I’m not okay with that. That’s why this rematch means so much to me. Now I’m just looking to rewrite the story, and finish him this time.”